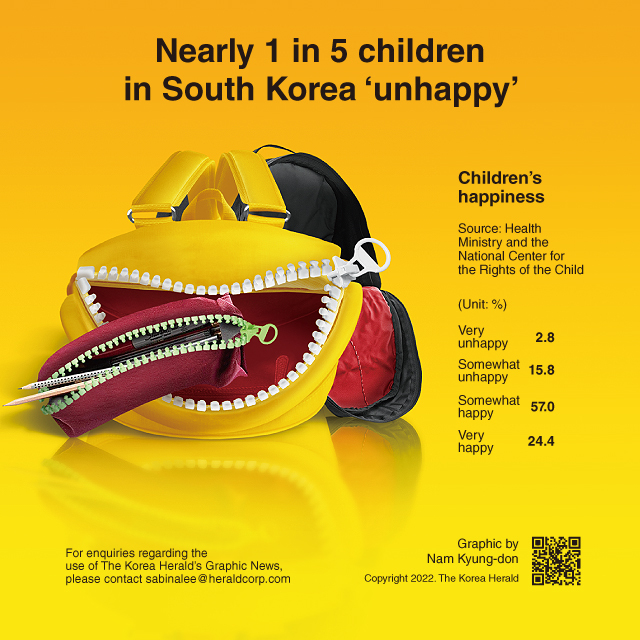 Nearly 1 in 5 children in South Korea said they are unhappy, citing pressure to do well at school as the biggest reason, a survey showed.

According to the poll conducted by the Health Ministry and the National Center for the Rights of the Child, 81.4 percent of those surveyed said they are either “somewhat happy” or “very happy,” while 18.6 percent said they are “not very happy” or “not at all happy.”

Of the children who said they are unhappy, 33.9 percent chose pressure to do well at school as the top reason, followed by uncertainty about the future at 27.5 percent.

Other reasons included economic difficulties, a troubled family, difficult relationships with friends and unhappiness about their physical appearance. (Yonhap)