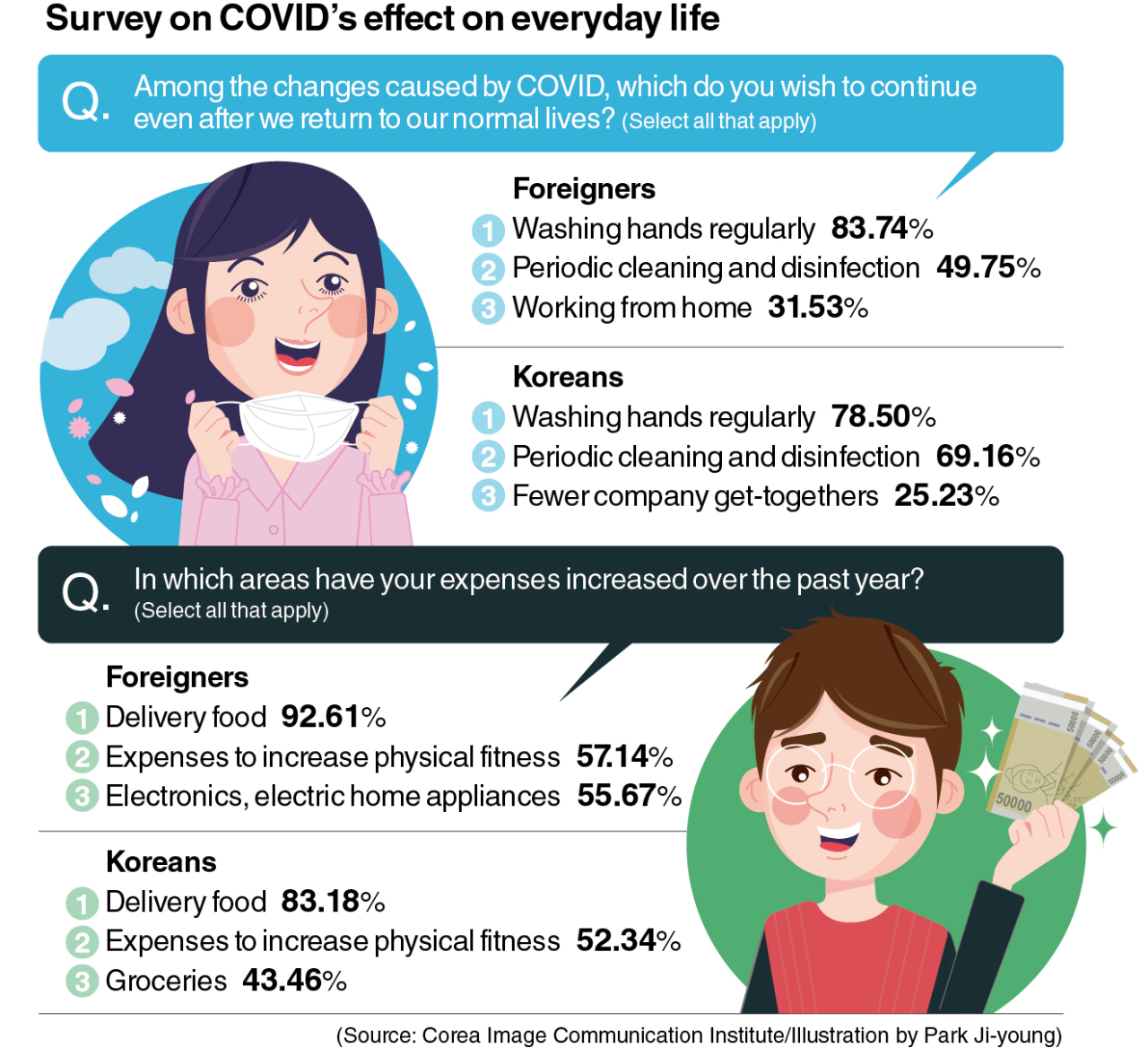 During the COVID-19 pandemic, watching videos on YouTube, cooking and regularly washing hands became part of a new routine to Koreans and foreigners alike, according to a recent survey by the Corea Image Communication Institute.

The CICI’s survey titled “Effects of COVID in our daily lives” involved 417 participants -- 214 Koreans and 203 foreigners who have visited or resided in Korea, with more than 57 percent of the participants in their 30s.

On the question of newly developed habits after the pandemic began, 71.5 percent of Koreans answered, “regularly washing hands and periodically cleaning and disinfecting hands,” whereas 78.3 percent of foreigners noted “watching videos on TV, YouTube, etc.” With multiple selections possible, “cooking” came in second for foreigners at 64 percent, and third for Koreans at 50.9 percent.

Among the changes that the respondents hope will remain after life returns to normal, both Koreans and foreigners agreed on “washing hands regularly” and “periodic cleaning and disinfection.” Meanwhile, 31.5 percent of foreigners hoped the culture of working from home would stay for good and 25.2 percent of Koreans hoped there would be fewer company get-togethers when life resumes normalcy.

In regard to spending in the past year, the increase in delivery food expenses was the highest for foreigners and Koreans alike, with the figure 9.5 percentage points higher for foreigners. An increase in spending to improve physical fitness came in second with over 50 percent in both groups each saying that they did.

The survey noted an overall increase in peoples’ awareness of hygiene and increased personal expenditures for indoor hobbies and lifestyle upkeep.