Cellist Mischa Maisky and daughter to perform in Korea

Cellist Mischa Maisky is coming back to South Korea for the first time in five years, with three recitals in April and May.

The cellist will be accompanied by pianist Lily Maisky, who is also his daughter.

Maisky and his daughter will kick off a three-concert series at Gunsan Arts Center in Gunsan, North Jeolla Province, on April 29. After performing at the Seoul Arts Center on May 1, the duo will travel to Gwangju for the last recital here at Gwangju Culture & Art Center on May 3.

Born in 1948 in Latvia, Maisky grew up in the Soviet Union before emigrating to Israel in 1972. He is the only cellist to have studied with both Mstislav Rostropovich and Gregor Piatigorsky, two legendary cellists.

His discography is a compendium of the core cello repertoire, also comprising lesser-known works and arrangements for cello.

Benjamin Britten (1913-1976), an English composer and pianist, is Maisky’s favorite 20th-century musician, while “Le Grand Tango“ is a popular choice that has also been recorded by other renowned cellists including Yo-Yo Ma, Mstislav Rostropovich and Gautier Capucon.

Clara Schumann’s Three Romances are among the last pieces she ever wrote.

The Maiskys will play versions of the Three Romances and Brahms’ Sonata for Violin and Piano No. 1 in G Major Op. 78, originally for violin, rearranged for cello.

The father-daughter duo have been playing together for more than 15 years. Lily is one of Mischa’s two musician children, among four. 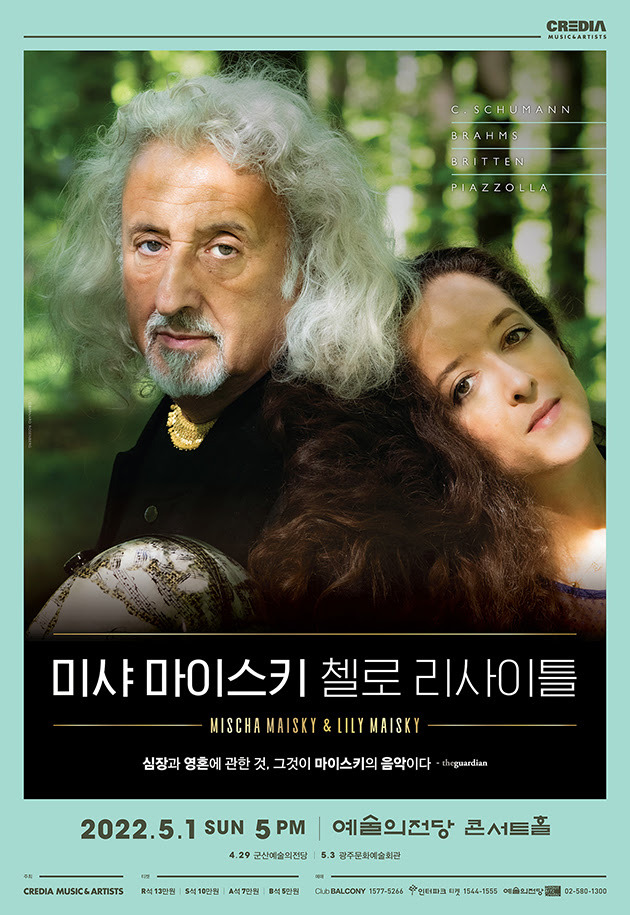