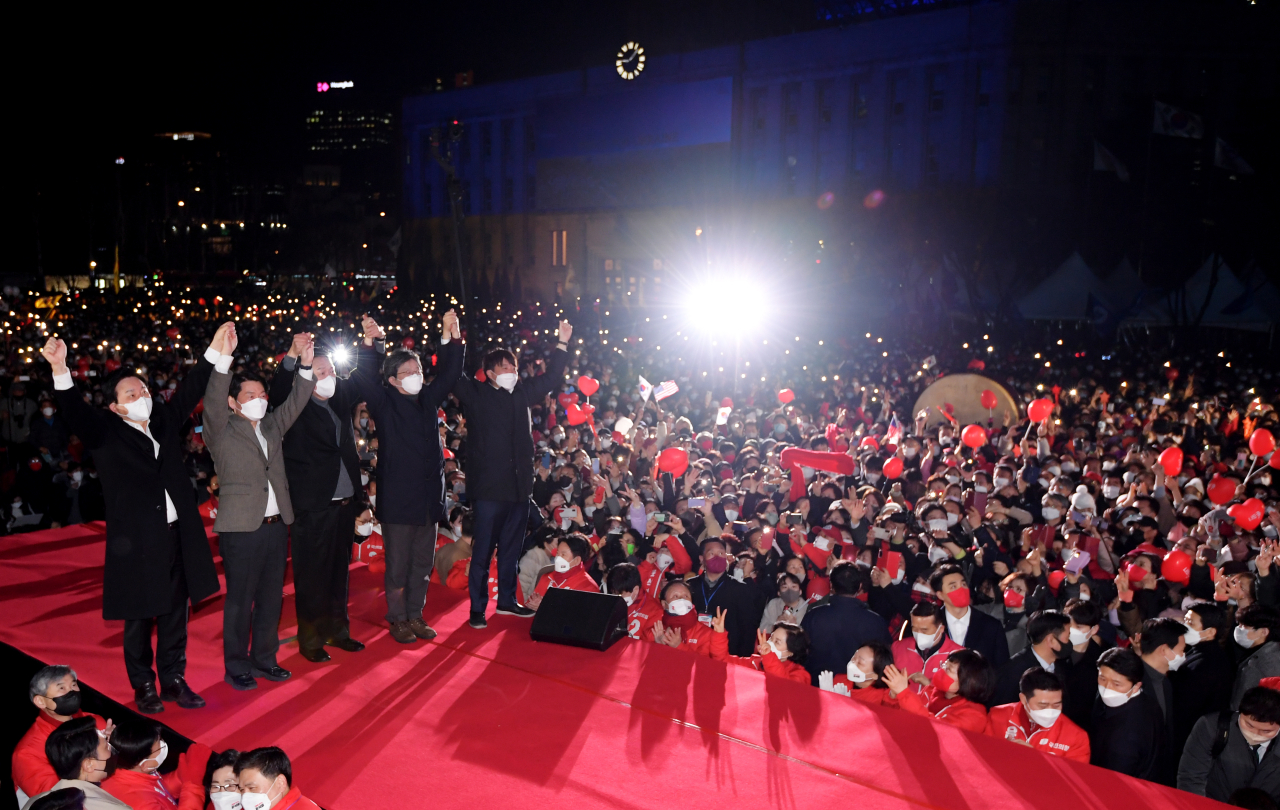 Campaigning for the 2022 South Korean presidential election, which had been filled with personal attacks, appeals, scandals, and strong voices for change, finally came to a close Wednesday. People Power Party Candidate Yoon Seok-Yeol wrapped up his campaign by touring the country, traveling from Busan and Jeju, to Daejeon and Daegu. His last stop was Seoul City hall, sending a message to unite the people into one at the heart of Seoul. 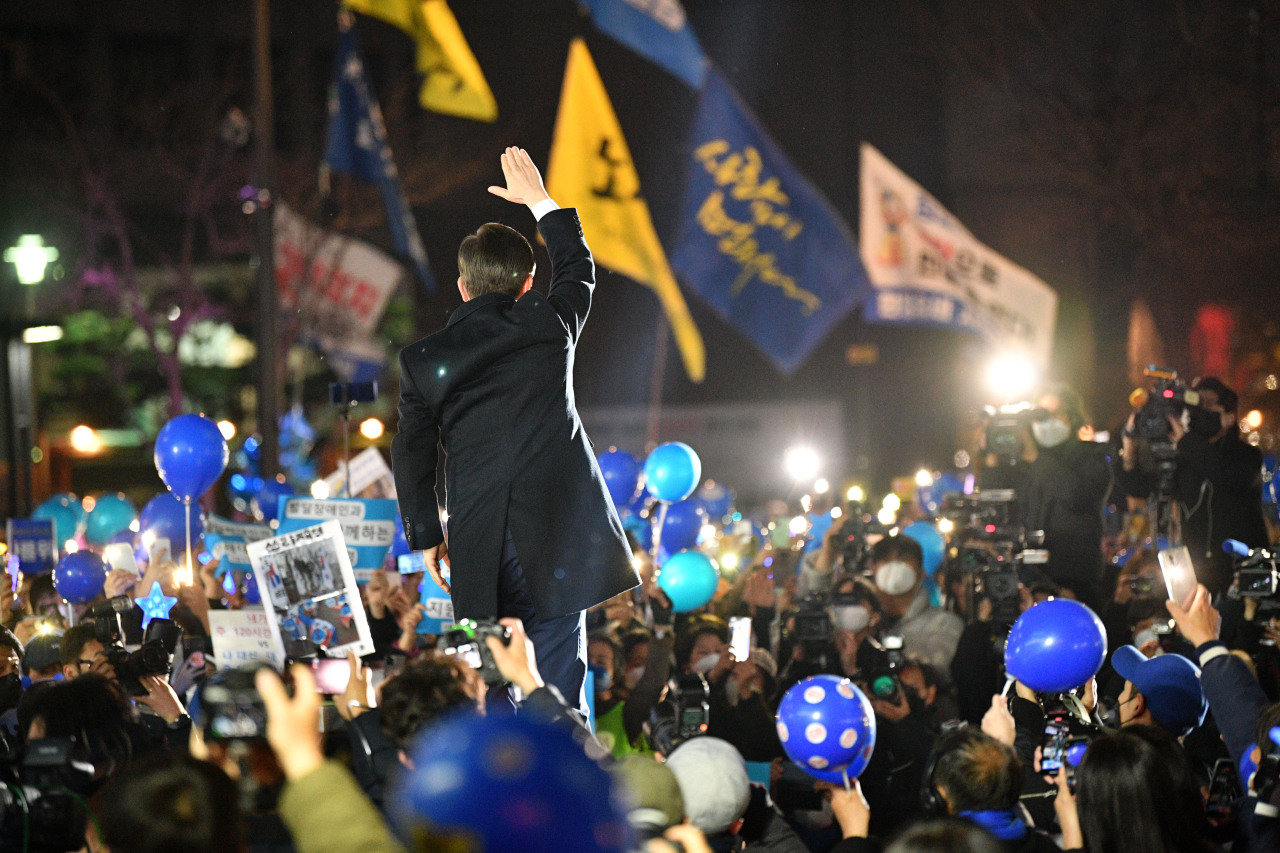 This picture shows a scene of the ruling power candidate Lee Jae-myung’s festival-like campaign. Lee made his last campaign rally around the capital area, finishing off at Cheonggyecheon Plaza, Seoul. This last stop was made as a message of keeping the spirit of the 2016 Candlelight Vigil, and a promise to meet expectations of the public to build a better government. 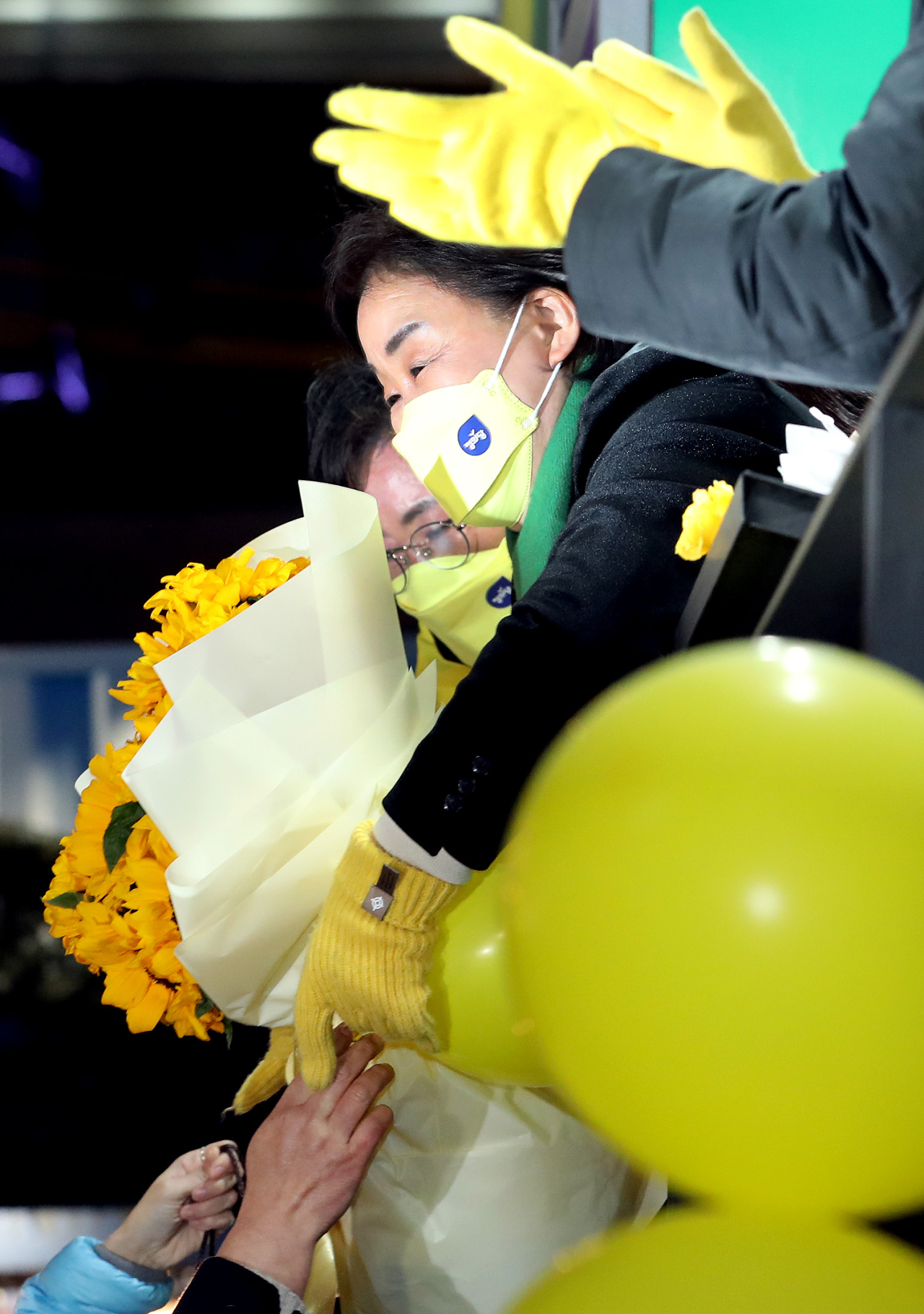 In the final day of campaigning, justice party candidate Sim Sang-jung encouraged young voters, including university students, to vote according to their beliefs and convictions. She took her last stop at Hong-dae, known as the streets of the youth, to send an encouraging message to young people. Her last campaign trail conveyed the message of standing up for the dignity and pride of the younger generation. 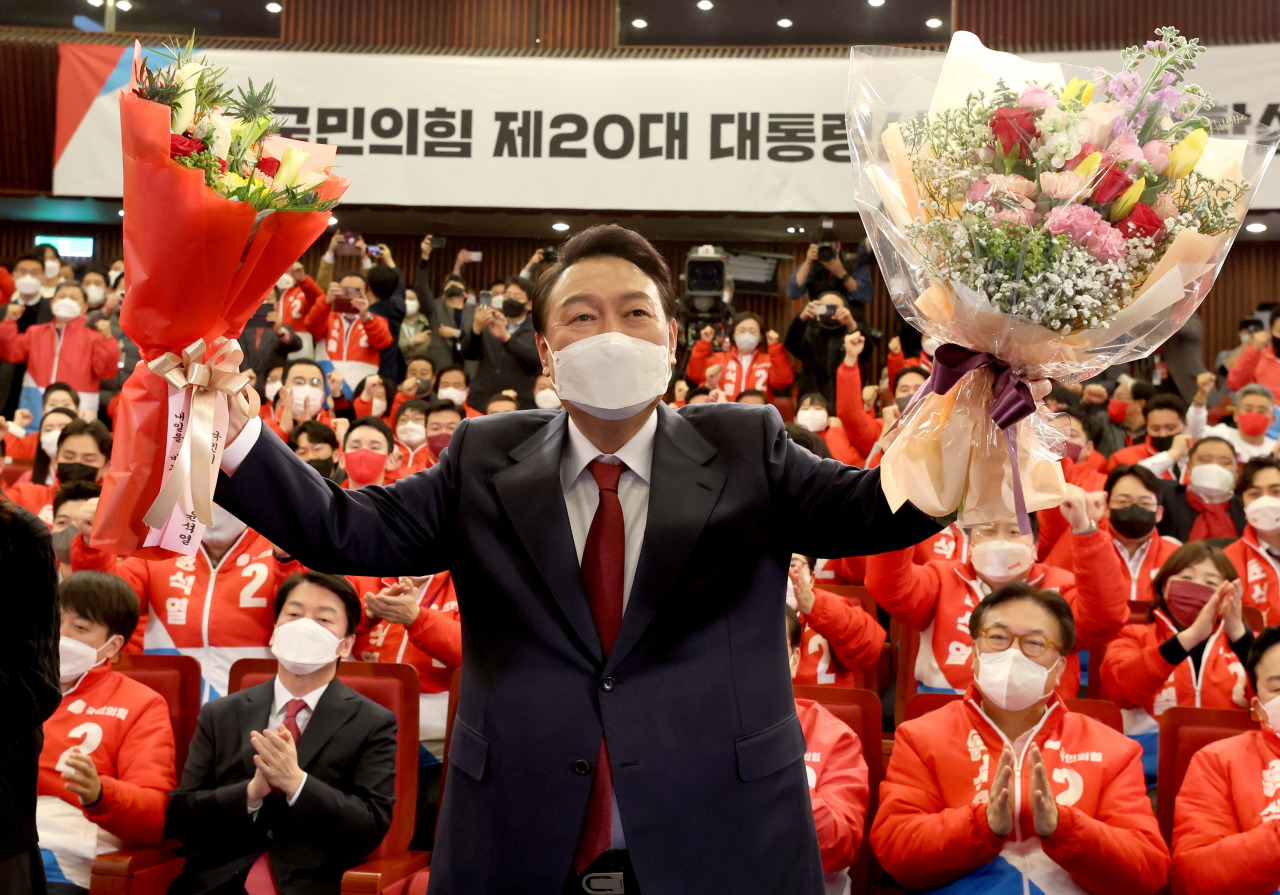 After a tight race, Yoon took the win by a fine margin. Yoon and his party gained 48.56% the vote, 0.73% higher than the ruling party candidate Lee Jae-Myeong, who received 47.83%.

A worker takes down campaign posters in Jongno-gu, signaling the end of the 20th presidential campaign. Many tasks await the next president. Citizens now hope that the new president brings unity and oneness, not divide, to the nation and future generations.