Users and funds drawn into digital revolution in mental health 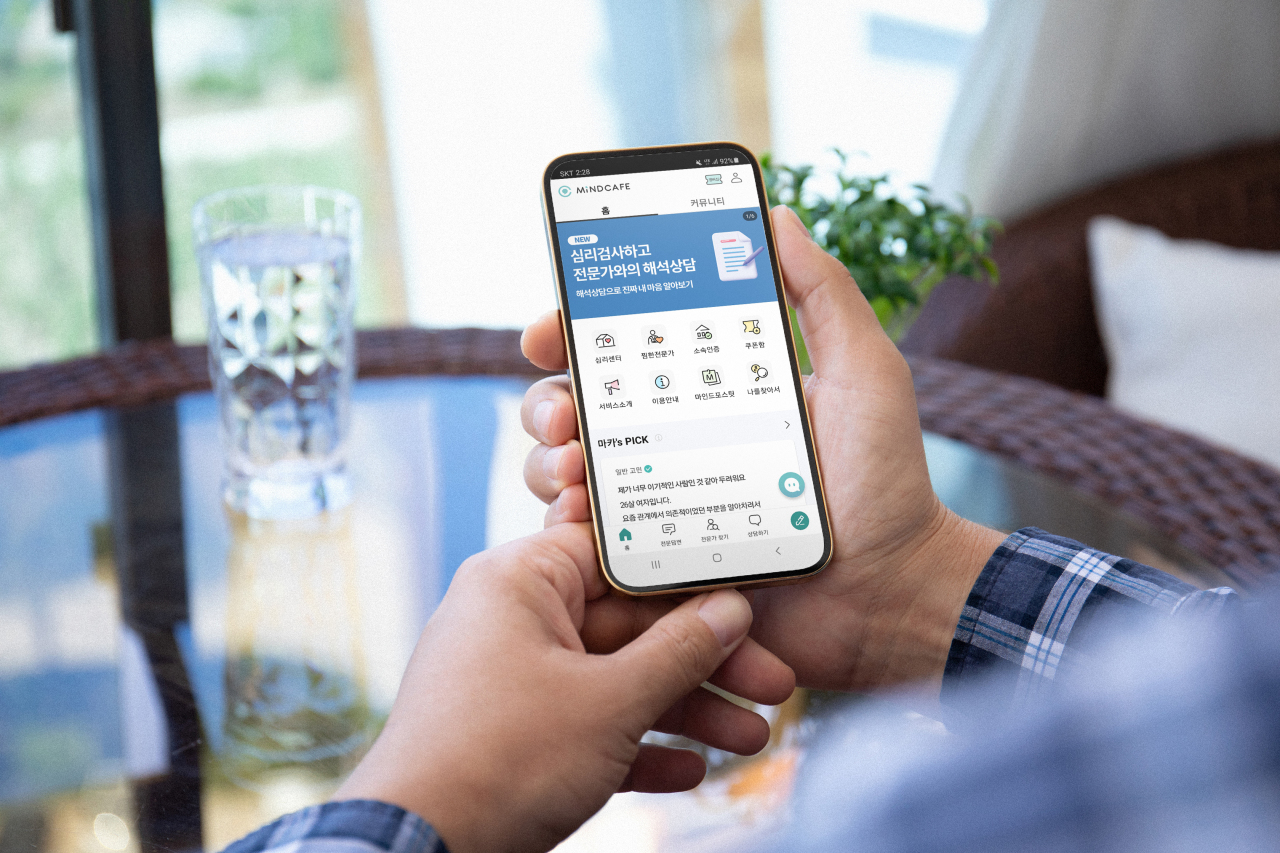 Han Na-yeon, a pseudonym for a 34-year-old office worker, experienced an anxiety attack during a job interview six months ago, almost having a breakdown in front of interviewers. This encounter preceded a months long period of depression and repressed anger. Beginning to wonder if she had anxiety or some other issue, she delved into various online communities in an attempt to get to the bottom of her problem.

Following a readily available online test, she was presented with a diagnosis of attention deficit hyperactivity disorder (ADHD), which made sense in retrospect. For years, she had been struggling to manage all the tell-tale indicators, including disorganization, making easily avoidable mistakes at work and trouble focusing during conversations. Despite the resonance of this diagnosis, it still took a lot of courage and support from an anonymous online community before she decided to consult an actual doctor, which marked an important step for her towards fully addressing her illness.

Han said that she was convinced to visit a doctor after conversations she had within the online community. “Online communities and apps taught me that ADHD is relatively underdiagnosed in women, and that I might've had it all along. I also gained hope from conversing with others within the ADHD community about possible treatments, and even the ideal dosage of the prescribed medication,” Han said.

Even after getting a formal diagnosis from a healthcare professional, she continues to participate actively in online forums on the illness, which provide her with ongoing support and information about adult ADHD.

“I still share my progress, even things I've not yet discussed with my family, with this community of people who understand what I’m going through. Now I have more control over my health, both inside and outside the doctor’s office,” Han said.

Mental illness on the rise

Han is among a growing number of people suffering from mild or serious mental illnesses who are now turning to online resources that can be accessed at the touch of a button. Increasing pressure from work, life and everything in between has contributed to a multitude of mental health concerns that have skyrocketed yet higher due to the pandemic.

According to figures by the Ministry of Health and Welfare, one out of five people were likely to develop depression in 2021, with the number of people thinking about taking their own lives rising by 40% percent year on year.

“Even before COVID-19 wreaked havoc on global mental health, many people were quietly bearing the burden of mental illness due to a lack of facilities that allow them to share their issues and the stigma attached to these illnesses,” Kim Kyu-tae, the founder of Atommerce, the operator of the country’s largest metal healthcare app MindCafe, said earlier this week.

This stigma, although reduced in recent years, still remains, which drives people to seek support not from formal, but instead various alternative avenues. People seek out less conspicuous solutions to these problems, such as the centuries-old practice of visiting fortune tellers, for instance, in lieu of counseling.

In the digital era, online communities and health apps offer solutions that range from online meditation to consultation. Launched prior to the pandemic, many of these apps have been slowly gathering momentum/have slowly gained ground over the years since their foundation. But the unique link between the ongoing COVID-19 pandemic and depression has unexpectedly opened up a new world of mental health resources.

Services like MindCafe and Trost link users to counselors and even offer a quiz that identifies common signs and symptoms of possible conditions that the user may be dealing with. More than 1 million people, eager to anonymously share their troubles, have signed up to MindCafe. The founder said that the company saw a dramatic influx of users over the past two years, after the company added the ability to reach out to counselling experts for advice, indicating the strong potential for an online mental healthcare industry.

Beyond the general public, companies have begun to realize the importance of employees’ mental health, which has prompted them to adopt mental health solutions as part of employee assistance programs (EAP).

“For some industries, procuring talent is already very competitive. Reducing the turnover rate while also ensuring the quality of their workforce has become paramount,” Kim added. Their/His/Her healthcare startup, Atommerce, provides EAPs to 120 companies, including Naver and NHN.

If the influx of money into a new market is any indication of its future potential, the online mental healthcare industry, which has caught the eye of venture capitalists, has an undoubtedly bright future. MindCafe collected 20 billion won ($16.7 million) in its recent Series B funding, with the biggest contributors being Hashed and E&Investment.

“It is also part of the fast-growing digital therapeutics industry, which bridges the gap between patients and the most appropriate necessary treatment,” she added.

Digital therapeutics is expected to boost the effectiveness of treatments when used in conjunction with conventional medicine, with the remote treatment industry being used to facilitate periodic treatment and monitoring in the midst of the COVID-19 pandemic. With this treatment option having already been approved in the US, many companies in South Korea are similarly preparing to apply for approval.