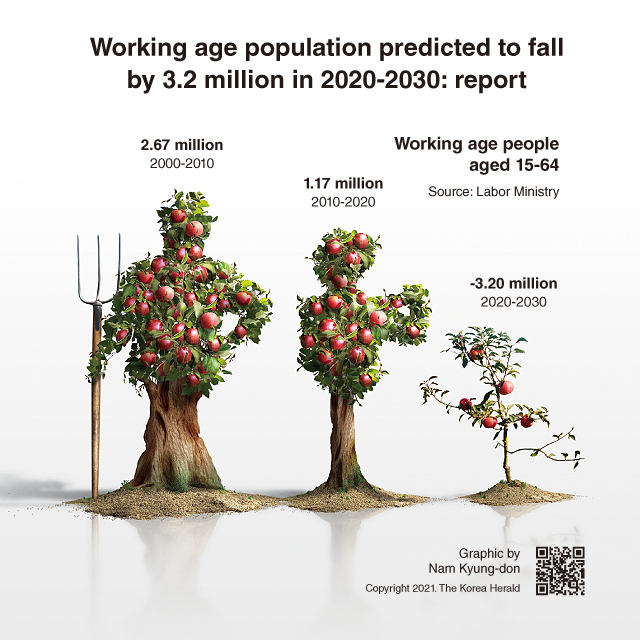 South Korea is predicted to see its working age population shrink by a whopping 3.2 million during the 2020-2030 period, amid the country’s graying demographics, a government labor report showed.

The estimate of people aged 15-64 would represent a turnaround from a growth of 1.17 million between 2010 and 2020 and 2.66 million during the previous decade, the Labor Ministry said in a report illustrating the seriousness of the country’s low birthrate and fast-aging population.