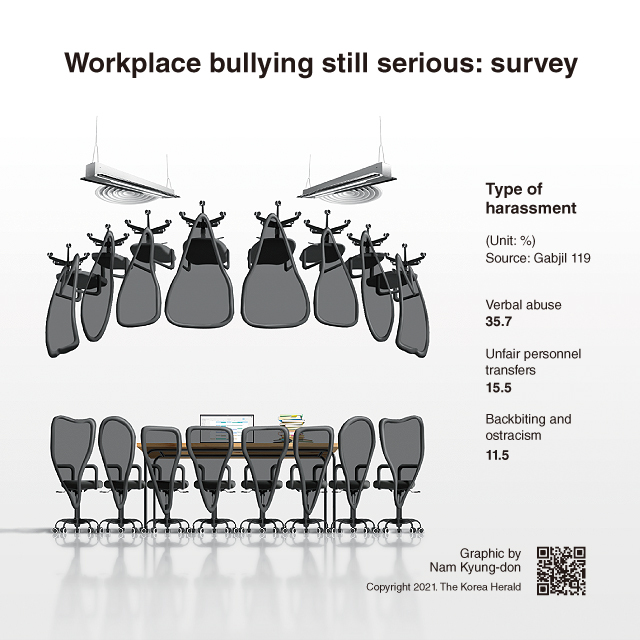 Three out of 10 workers believe that workplace bullying is still serious, even though an anti-workplace harassment law has been in place for more than two years, a survey showed.

According to the survey conducted on 1,000 office workers, 28.9 percent of respondents said they experienced workplace harassment as of September, down 16.5 percentage points from the corresponding rate of 45.4 percent tallied in June.

But 32.5 percent of respondents said bullying is a serious problem plaguing workplaces, compared with 33 percent in June of last year, according to the survey conducted over the past year at the commission of pro-labor group Gabjil 119.

By type of harassment, verbal abuse was cited the most at 35.7 percent, followed by unfair personnel transfers at 15.5 percent, and backbiting and ostracism at 11.5 percent. (Yonhap)