By Park Yuna
Published : Dec 13, 2021 - 16:20       Updated : Dec 15, 2021 - 00:46
The legacy of renowned modern sculptor Kwon Jin-kyu (1922-1973) lives on today, serving as a source of inspiration for many young artists. The sculptural masterpieces were recently brought to life by fashion photographer Mok Jung-wook, who creates his own narratives through photographs.

The exhibition “Images of Eternity: Kwon Jin Kyu × Mok Jungwook” running through Dec. 28 at PKM Gallery in Seoul presents 8 self-portraits and religious sculptures by Kwon along with a series of Mok’s photographs of the sculptures.

While the sculptures and some 30 photography works appear to be in harmony, there is also a palpable tension emanating from the different works by the two artists. In trying to reinterpret the sculptures, Mok said he has struggled to capture the perfect shot. 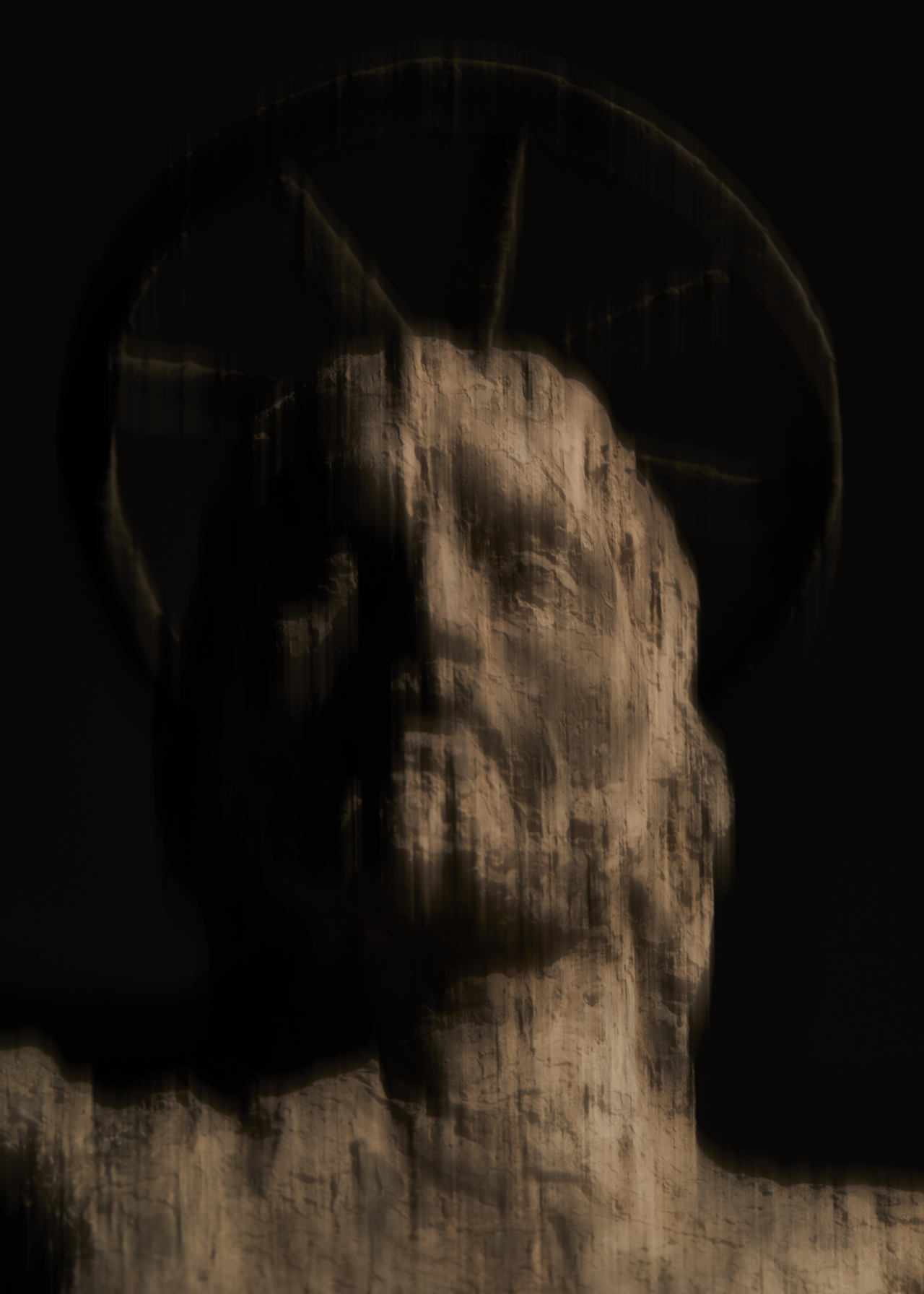 "Study of ‘Christ on Cross’ fig no. 67" by Mok Jung-wook (PKM Gallery)
“I think photography is all about energy. The energy of the subject is reflected in a photograph,” Mok said. “Kwon’s sculptures can be seen as lumps of clay, but for some reason, I had a strange feeling that the sculptures were staring at me. It was such a powerful experience that I was very sick overnight after the shoot.”

As a pioneer of modern sculpture in Korea, Kwon established his artistic world by pursing figurative sculptures inspired by his own self-portraits, animals and religious subjects, defying the prevailing trend of abstract sculptures at the time. Kwon is well known for his unique techniques in creating sculptures -- baking terra cotta and applying sap from lacquer trees.

“I came up with the exhibition after thinking about how Kwon’s works could reach younger people in a more familiar way and interact better with them. Mok is a renowned photographer in today’s fashion field,” said Park Kyung-mee who founded the gallery in 2001 in Samcheong-dong, central Seoul.

Born in 1980, Mok is a well sought-after photographer who focuses on portrait photography. He has worked with numerous K-pop artists on their album covers, including Exo, Blackpink, IU, and Suzy. He also was in charge of shooting BTS’ Time magazine cover photo this year.

Collier sources the images from vintage American romance comic books that targeted adolescent female readers at the time. The cropped images allow viewers to reflect on the cliched narratives that tend to reinforce a submissive image of women. Collier’s “Woman Crying (Comic)” and “Tear (Comic)” show close-up images of women with a tear rolling down a cheek, a nod to the early works of Roy Lichtenstein.


Some of her works are collected by globally renowned museums including the Solomon R. Guggenheim Museum, the Museum of Modern Art, US and the Whitney Museum of American Art. Her work was previously exhibited in Korea at the Gwangju Biennale in 2010.