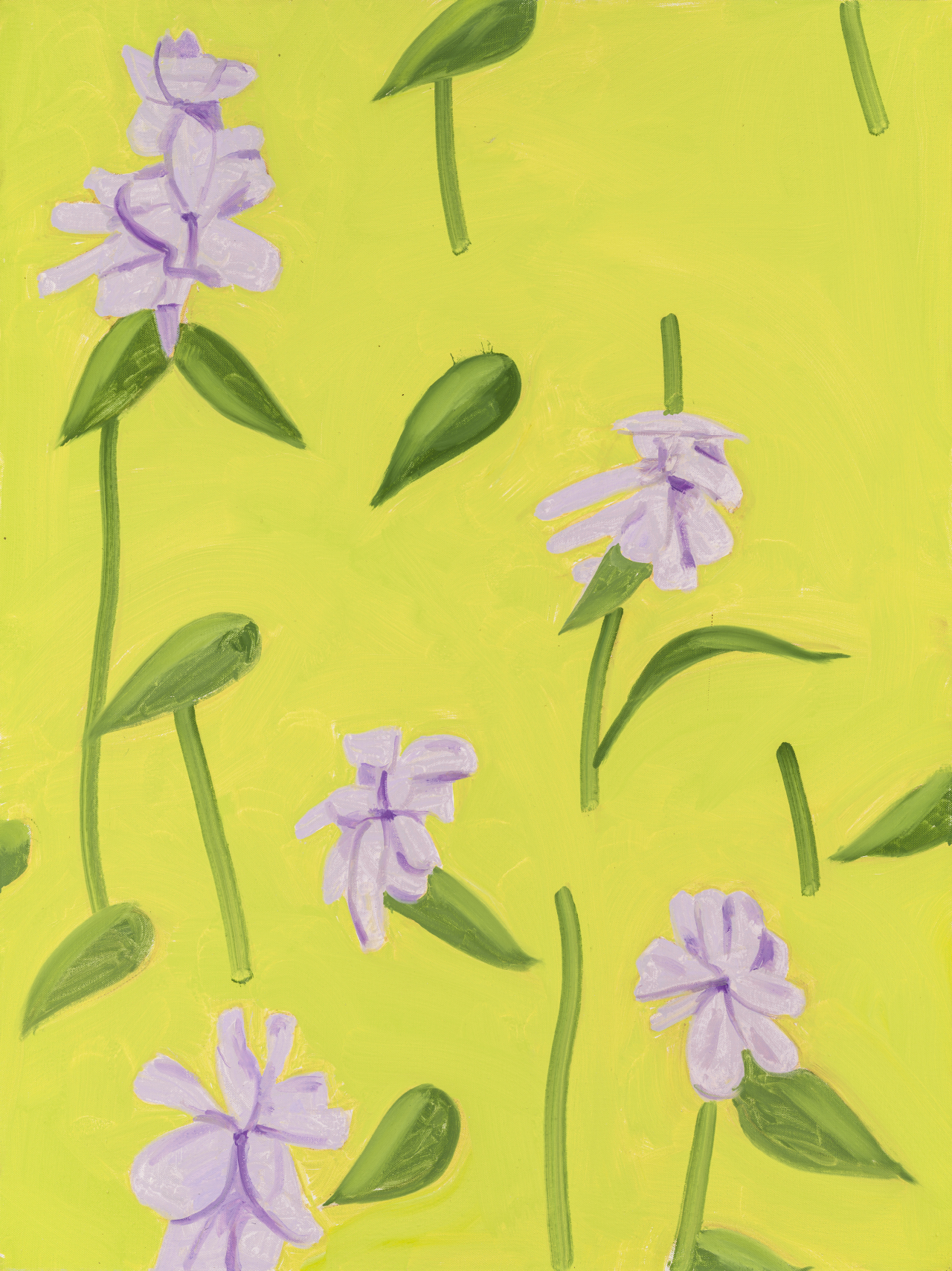 Thaddaeus Ropac Seoul kicked off its second exhibition since its opening in October, unveiling recent floral paintings from American figurative artist Alex Katz who returned to the subject at the beginning of the pandemic last year.

Focusing on the artist’s flower paintings, the works painted over the past two years show how the pandemic has influenced his artistic world. Among the flower paintings are “Wild Spring Flowers2,” “Peony” and “Rhododendron on Orange.”

“I thought the world could use some cheering up,” Katz said. Some of his new flower paintings are “more descriptive of volume” compared to his past flowers with more shading that gives a sculptural presence to the flowers. The exhibition also includes the artist’s earlier works such as “Wildflowers 1” in 2010 and “Irises” in 2011.

“Flowers are actually some of the most difficult forms to paint, because you have to capture the spatial aspect, their physicality, the surface of the flowers and the colors,” Katz once said. He has adapted the “wet-on-wet” technique in which the last stroke of paint must be applied before the first one has had time to dry, giving his paintings a sense of immediacy.

Among the new works are portraits such as “Straw Hat2” and “Straw Hat3” which were created this year. The format of the double portrait shows the connection between the two facets of the artist’s practice, with a wink or slight smile creating a subtle impression of movement.

Born in Brooklyn in 1927, Katz lives and works in New York. He studied at the Cooper Union School of Art in New York and the Skowhegan School of Painting and Sculpture in Maine. A retrospective of his work will be held at the Solomon R. Guggenheim Museum in New York in 2022.