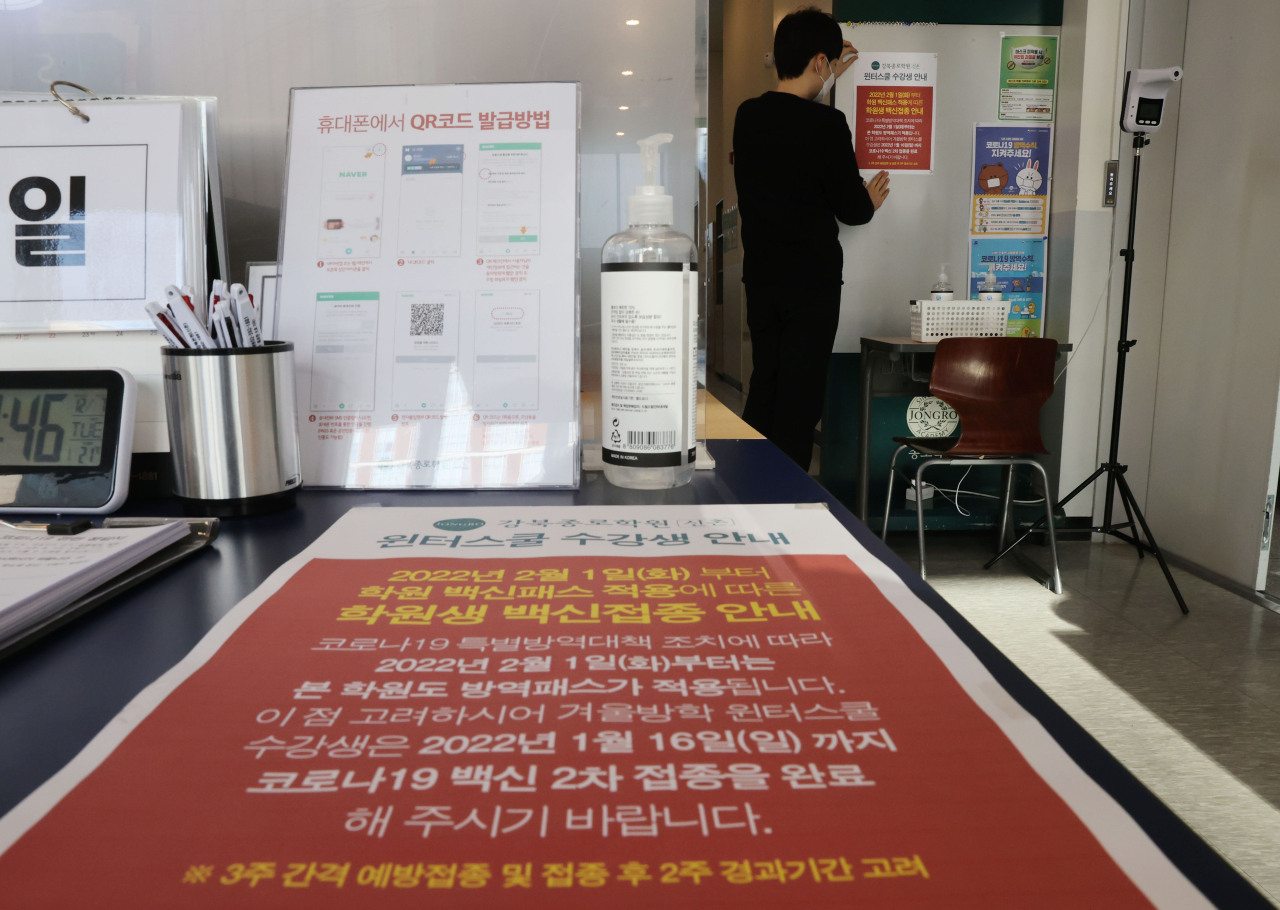 1. Korea to stick to expanding ‘vaccine pass’ to youths

[1] Despite some hiccups, the Korean government will go forward with its plan to implement a “vaccine pass” system for teenagers aged 12 to 18 from February.

[2] The Korea Diseases Control and Prevention Agency said teenagers born between 2003 and 2009 will be allowed to go to private cram schools, cinemas and PC rooms only when they are fully vaccinated from February.

[3] Authorities said teenagers who have the first shots now will be able to complete the vaccination before Feb. 1. Pfizer takes a total of five weeks from the first inoculation to be fully administered.

[4] An online petition uploaded to the Blue House website on Nov. 26 calling for the government to not to implement the vaccine pass system has been supported by some 240,000 people as of Monday.

[1] Coffee chains, food companies and the milk industry are seeing oat milk as a new alternative to dairy, as the industry tries to appeal to a growing number of health-conscious consumers and the budding vegan trend in South Korea.

[2] While oat milk is considered a common alternative to typical dairy milk in countries like the United States and Europe, the drink is relatively new here in Korea.

[3] In a country where some 75 percent of the population are lactose intolerant, milk producers both small and large are coming up with their own versions of the plant-based dairy alternative.

[4] Industry insiders predict the market for oat milk will expand further in the future, with more Korean consumers choosing to make value-conscious consumption and an overall drop in the population drinking dairy milk in the country.