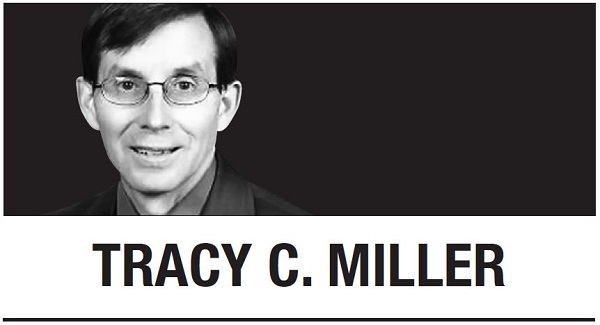 After working on it for several months, the House of Representatives recently passed the Build Back Better Act. It’s status in the Senate is uncertain, but if enacted, it’s expected to increase government spending by $1.75 trillion over 10 years.

With the legislation’s tax increases and tougher IRS enforcement, the Congressional Budget Office estimates a smaller, $250 billion increase in the deficit. But if temporary and sunset provisions designed to keep the official cost down are eventually made permanent, as is likely with such things, the total could conceivably increase by as much as $2.5 trillion over those 10 years.

Whether or not the sticker price is worth it, we must consider the hidden cost of inflation. President Biden claims that because of the benefits to American workers and their families, it would reduce inflation. But the more it adds to the national debt, the more inflation will rise.

Government deficits are funded by selling treasury bonds. If deficits are not too large, they can be funded by borrowing from the public and from foreign investors. But foreign investors have been buying fewer US government bonds in recent years, and US investors have not increased their purchases of bonds as the deficit has increased. Thus, the only way for the federal government to sell the trillions of dollars of additional bonds required to fund our recent, rapid growth in government debt is for the Fed to buy those bonds. This is where the money supply increases.

We’re already experiencing the highest rates of inflation in 30 years, and it can be blamed on the expansion of the money supply since the beginning of the pandemic. In 2020, the money supply increased by about 25 percent, and it continues to increase at close to a 13 percent annual rate in 2021.

As households spend more and more of the additional money they accumulated from the various stimulus programs over the last two years, prices will continue to increase. Unless, that is, the Fed reduces its purchases and instead raises the interest rate it pays on bank reserves. But large government deficits in the future would make it harder to reduce bond purchases and could increase political pressure on the Fed to keep interest rates low.

That’s why the president’s claims that the Build Back Better Act would reduce inflation is not based on sound economic analysis. In addition to its impact on deficits, some of the spending, such as the expanded child tax credit, is likely to discourage work. The original CTC, enacted as part of the Tax Cut and Jobs Act passed early in the Trump Administration, provided a benefit that increased with earned income. The expanded CTC reduces this incentive because parents with little or no income receive the full amount of the credit as a check from the government. According to one estimate, it could reduce employment by 1.5 million. Anything that reduces employment would reduce output, which would raise price inflation further.

The most expensive item in the Build Back Better Act is a tax cut that will largely benefit those in the top 20 percent of the income distribution in high-tax states. Almost $300 billion of the bill’s estimated cost comes from increasing the cap on state and local taxes that can be deducted from one’s federal income tax liability.

Rather than increasing deficit spending and restoring tax loopholes for the rich, why not focus on fully funding Social Security and Medicare benefits for retired Americans, since those programs’ trust funds will soon run out of money? It’s not exciting, but taxes earmarked for those programs no longer bring in enough to cover promised program benefits -- which increase with inflation. Why not consider cutting spending or using revenue from proposed tax increases to cover those shortfalls? Reducing deficits would make it easier for the Fed to reduce the size of its bond portfolio and raise interest rates as necessary to bring inflation down.

Legislators must make these decisions, but let’s be clear about the true costs.