Lotte Concert Hall, a major classical music concert venue in South Korea, on Monday unveiled two artists-in-residence and the programs they have designed.

Pianist Shin Chang-young and cellist Mun Tae-guk will each present two concerts next year as its artists-in-residence. This is the second year that the concert hall is running the program.

“The biggest attraction of the artist-in-residence program is that I can try more challenging things that I’ve been dreaming about. So I tried to do something out of the ordinary yet appealing to the masses at the same time,” Mun said.

Mun will kick off the four-concert series on March 18 with cello sonatas of Richard Strauss and Edvard Grieg and then come back on Sept. 16 for an ensemble with classic guitarist Park Kyu-hee for Schubert’s Arpeggione Sonata and Piazzolla’s “Histoire du Tango.”

On Nov. 26, the last of the four artist-in-residence concerts will be held, where Shin and three string players will perform Schumann’s “Humoreske” and Brahms’ Piano Quartet No. 3.

“I feel a sense of responsibility and expectation for this opportunity to prepare and perform on this big stage,” Shin told reporters during a press conference Monday.

The two artists -- both born in 1994 and educated abroad -- said that while they were encouraged to realize their artistic dreams, the biggest concerns for them in programming were how to appeal to the audience.

“I wanted to add pieces unfamiliar to the audience and I hope the audience would have discovered the hidden charms of the cello when they walk out of the concert hall,” Mun said.

Shin, who recently broadened his popularity after he appeared on a YouTube channel for classical music, said that he put “communication with the audience at the center” when he laid out his concerts.

“We expect our artists-in-residence to come up with varied and professional programs to fill the big concert hall with 2,000 seats at full capacity,” said Suh Yu-jin, a senior manager of the artistic planning department at Lotte Concert Hall. “For this, Mun and Shin are a good fit because they have ample experience in international competitions and stages.”

Lotte’s artist-in-residence program was launched during the COVID-19 pandemic to foster promising artists and selected the Esme Quartet and Korean Chamber Orchestra for its inaugural program earlier this year.

The Lotte Concert Hall opened to the public in 2016, one year after its operator Lotte Foundation for Arts was launched. 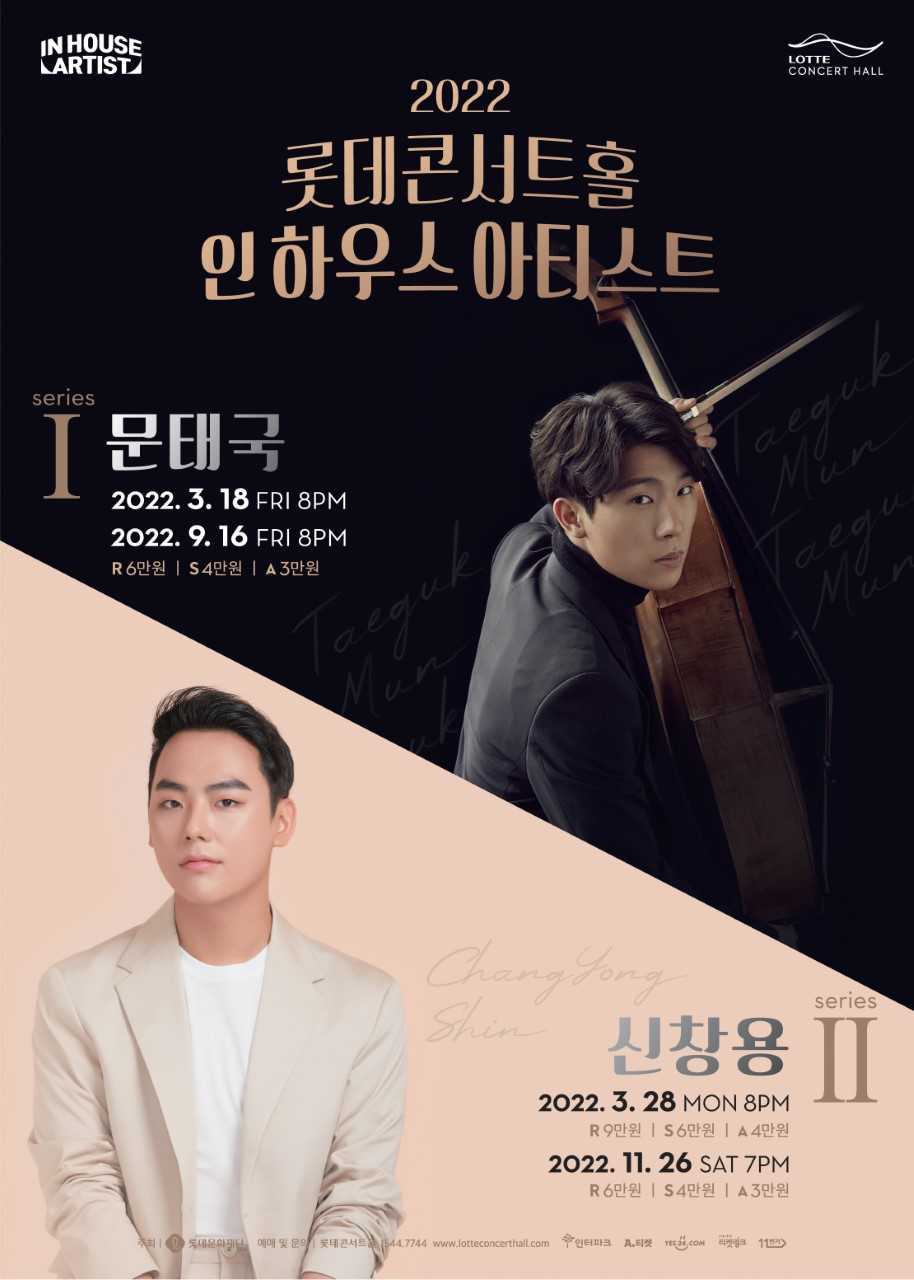