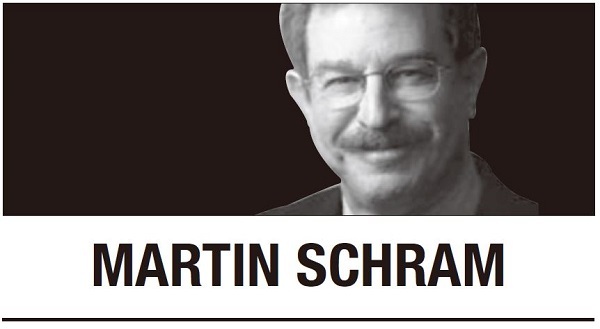 Virtually every unofficial US Supreme Court watcher has reported feeling a chill wind of political reality and pending change as it whipped through the court’s imposing chamber this past Wednesday -- and then whooshed through the Great News Funnel into the homes of all Americans.

A chill wind of change: You could hear it in the questions the justices asked in the oral argument of a case challenging a recent Mississippi law that bans virtually all abortions after the first 15 weeks of pregnancy. The court’s six conservatives seemed determined to overturn the landmark Roe v. Wade decision that legalized abortions and has been considered “settled law” for almost a half century.

It would have been metaphorically fitting and proper if Wednesday’s chill wind actually blew between the gleaming pillars of Thomas Jefferson’s white domed monument and buffeted his historic Declaration of Independence words that are etched into the monument’s wall: “We hold these truths to be self-evident, that all men are created equal, that they are endowed by their Creator with certain unalienable Rights, that among these are Life, Liberty and the pursuit of Happiness.”

Because, after listening to the conservative justices during Wednesday’s oral arguments in the Mississippi case known as Dobbs v. Jackson Women’s Health, we now are left to wonder: Can it be that even our Founders’ most famous engraved dreams and guarantees can no longer be taken for granite? The court’s conservative majority seemed determined to copy-edit Jefferson’s engraved words to make clear that the court’s 1973 guarantee of women’s right to have a legal abortion was merely an alienable right. And now that the court’s political winds have shifted, their guaranteed right to an abortion can easily be blown away.

It’s not as if we weren’t warned. In 1989, Justice Harry Blackmun, the Nixon nominee who authored the Roe v. Wade decision, saw forces of change when the court’s ruling on a Missouri case weakened but didn’t overturn his 1973 decision. He famously warned, in his dissent, that the court’s conservative plurality “would clear the way again for the state to conscript a woman’s body” and added, “For today, at least, the law of abortion stands undisturbed. For today, the women of this nation still retain the liberty to control their destinies. But the signs are evident and very ominous, and a chill wind blows.”

Today’s court majority seems willing to have each state’s legislators decide whether a woman will be required to give birth to a baby that was conceived in the most horrible situation, perhaps rape or incest. At present, 20 states, in which 65 million women reside, have enacted laws that ban many abortions that would be legal today.

How did we get to this predicament? Consider how Justice Brett M. Kavanaugh secured his narrow 50-48 Senate confirmation in 2018 with an artistic con that hooked Sen. Susan Collins, R-Maine, and a supporter of the Roe v. Wade decision.

In a two-hour conversation in her office and an hourlong phone call, Collins repeatedly pressed Kavanaugh for assurance that he wouldn’t reverse Roe v. Wade, she later said. Each time he told her exactly what she wanted to hear -- without committing himself. He kept saying Roe v. Wade was “settled law” and praised the need to preserve legal precedent.

In a 45-minute Senate speech, Collins detailed his persuasive assurances: “As Judge Kavanaugh asserted to me, a long-established precedent is not something to be trimmed, narrowed, discarded, or overlooked.” And she announced she would vote to confirm Kavanaugh. Mission supremely accomplished.

Last Wednesday, the masterful artistry of Kavanaugh’s con became clear when, in his questions, he countermarched, arguing that precedents, when flawed, must be scrapped. Example: When the court ended separate-but-equal school segregation.

Collins, perhaps ashamed at the public revelation that she was so easily conned, avoided the Great News Funnel, but she had her spokesperson tell NBC she’s prepared to try to get the Senate to enact Roe v. Wade’s provisions into law (which has no chance of happening in this divided Senate).

But we also saw one possibly hopeful effort Wednesday: Chief Justice John Roberts tried to steer his conservative colleagues toward a middle-of-the-road path, where Mississippi’s law would be upheld narrowly, yet Roe v. Wade wouldn’t be totally undone. But his fellow conservatives showed no interest in going there. At least not in a public session.

So the chief justice looked like a fellow eagerly trying to steer his Harley gang to a middle-of-the-road path -- only to discover he’s just riding in the sidecar.

But the chief justice still has months to do his most persuasive courtship in private. And as we’ve seen before, back when he saved Obamacare, that’s where he’s at his best. So don’t loiter in the middle of the road.