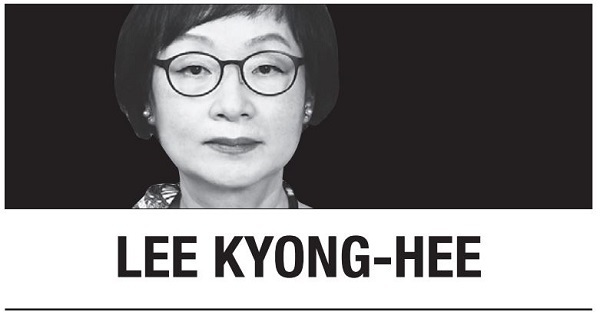 I finished “Squid Game” in one sitting. The binge-watch was borne out of necessity. Anxious to see why the Korean series was soaring to No. 1 on Netflix’s global list, my overloaded schedule was unrelenting. But then an eight-hour gap cobbled into place.

Honestly, I got trapped, willingly. Past the noisy opening scenes of betting on horse racing, it was easy to remain glued to all nine episodes. Thus, I joined the estimated 142 million households worldwide who watched “Squid Game” within the first four weeks of its Sept. 17 release, contributing to its $900 million valuation.

It was a fantastic experience for me. I spent my teen years infatuated with American movies and pop songs. Now I had a massive hit Korean series on a global platform streaming into my living room TV. It was a marriage of technology and Korea’s dramatic rise in filmmaking.

Back in the 1960s, watching a favorite movie multiple times required a virtual tour of several theaters over many months, or even years. Multiplexes had yet to appear. Of course, Hollywood movies were all the rage. The struggling domestic film industry had little to offer.

Korea has grown into a cultural powerhouse in the ensuing decades. “Squid Game” follows on the heels of a string of huge successes achieved by Korean filmmakers and pop music groups on the global stage. Most notably, it shares its theme with “Parasite,” director Bong Joon-ho’s Oscar-winning satire. Both illuminate the gaping class divide between rich and poor in Korea and many other countries.

“Squid Game” is a dystopian horror fantasy using a series of Korean children’s playground games as the setting of cutthroat competition for a life-changing jackpot. The 456 players are marginalized individuals, deep in debt and desperate. They enter the contest for a chance to reverse their downward spiral. This may be a premise easily relatable to anyone, anywhere.

The surprise is that only one contestant will win any money. Everyone else will die trying to overcome the tiny odds of winning. As the jackpot increases with each death, the impoverished must fight each other to finish each game while machine guns mow down the laggards. The eye-catching visuals and disturbing study of human nature aside, the wanton bloodshed left me with a complicated feeling. Although I watched nonstop, I’m reluctant to say that I “enjoyed” the series.

I found a similar view in the Critic’s Notebook in the Oct. 11 edition of the New York Times. TV critic Mike Hale wrote, “Striking visuals, the visceral pull of the games, the appeal of the science fiction and mystery elements and the reassuring familiarity of the hoary storytelling formulas all contribute, I’m sure, to the popularity of ‘Squid Game.’

“But what probably puts it over the top is the aspect of the series that most makes me dislike it: its pretense of contemporary social relevance, a thin veneer of pertinence meant to justify the unrelenting carnage that is the show’s most conspicuous feature.”

It may not have been a total “pretense,” but rather a tilted balance, whether intentional or unintentional. “This is a story about losers,” said Hwang Dong-hyuk, the show’s writer, producer and director, during an interview with CNN. “Those who struggle through the challenges of everyday life in the competitive society we live in and get left behind, while the winners level up.” Still, I would have preferred a plot without rules geared to produce cold-blooded carnage cloaked in innocent children’s games.

Regarding the “eerily intimate and impersonal” violence, Daniel D’Addario, chief TV critic of Variety magazine, wrote in its Oct. 8 issue, “Violence is depicted flatly, and the embellishment comes from the fussy trappings around death and gore. Murder is fetishized as a way to raise the stakes in a hazily political conversation without proposing a solution.

“In enjoying gruesomeness while also tut-tutting at a system that would create such gruesomeness and rooting for its takedown, the viewer is experiencing a double pleasure, a sense of enjoying a show while also perching above it, that ends up being the most complicated thing about ‘Squid Game.’”

Australian writer Monica Tan sounded more sympathetic in her article, “Squid Game: the smash-hit South Korean horror is a perfect fit for our dystopian mood,” published by the Guardian on Sept. 30. She said, “The fact that most contestants elect to remain in this hellish torture chamber (as one of the characters acidly point out, ‘It’s just as bad out there as it is in here’) is an indictment of modern society, told in the darkest, funniest way possible. The worse the abuse, injustice and cruelty our contestants are willing to endure (and inflict on others) becomes a yardstick for just how abusive, unjust and cruel the ‘real world’ is.

“Squid Game reminds us that normal life wasn’t sunshine and lollipops for all of us. So before we go rushing back out there, what might we do to make ‘out there’ better?”

Hwang and Netflix will need to find a more universally appealing way to deliver their narrative in their possible future cooperation on a second season of this hit series or any other title. I saw positive signs in remarks by Kim Min-young, the streamer’s vice president of content in Asia, published by Fortune magazine on Oct 21. She said, “Great Korean stories are nothing new, with storytelling deeply rooted in Korean culture.”

Kim is known to have been responsible for bringing “Squid Game” to Netflix. “K-dramas help viewers escape reality while capturing reality at the same time,” she said. “They capture the social issues with thick emotions, helping you empathize with the characters and get absorbed into the stories.”

Now, do I want to watch “Squid Game” again, as recommended to the show’s critics by Lee Jung-jae, who portrayed protagonist Seong Gi-hun? No. I’m not ready to endure the brutal bloodbath again -- yet.