[Photo News] Monster spud could be largest potato in the world 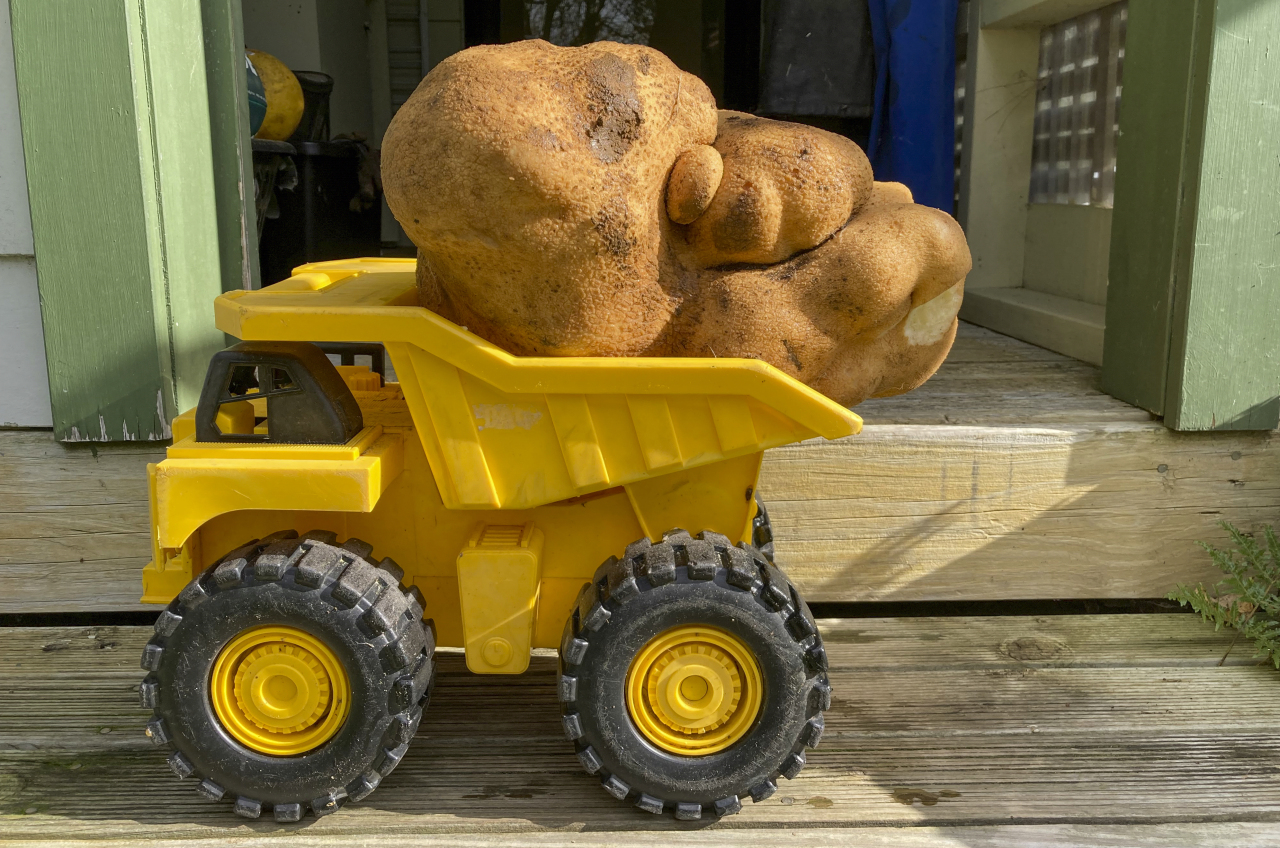 What could be the world’s largest potato was found in Wellington, New Zealand, on Aug. 30. 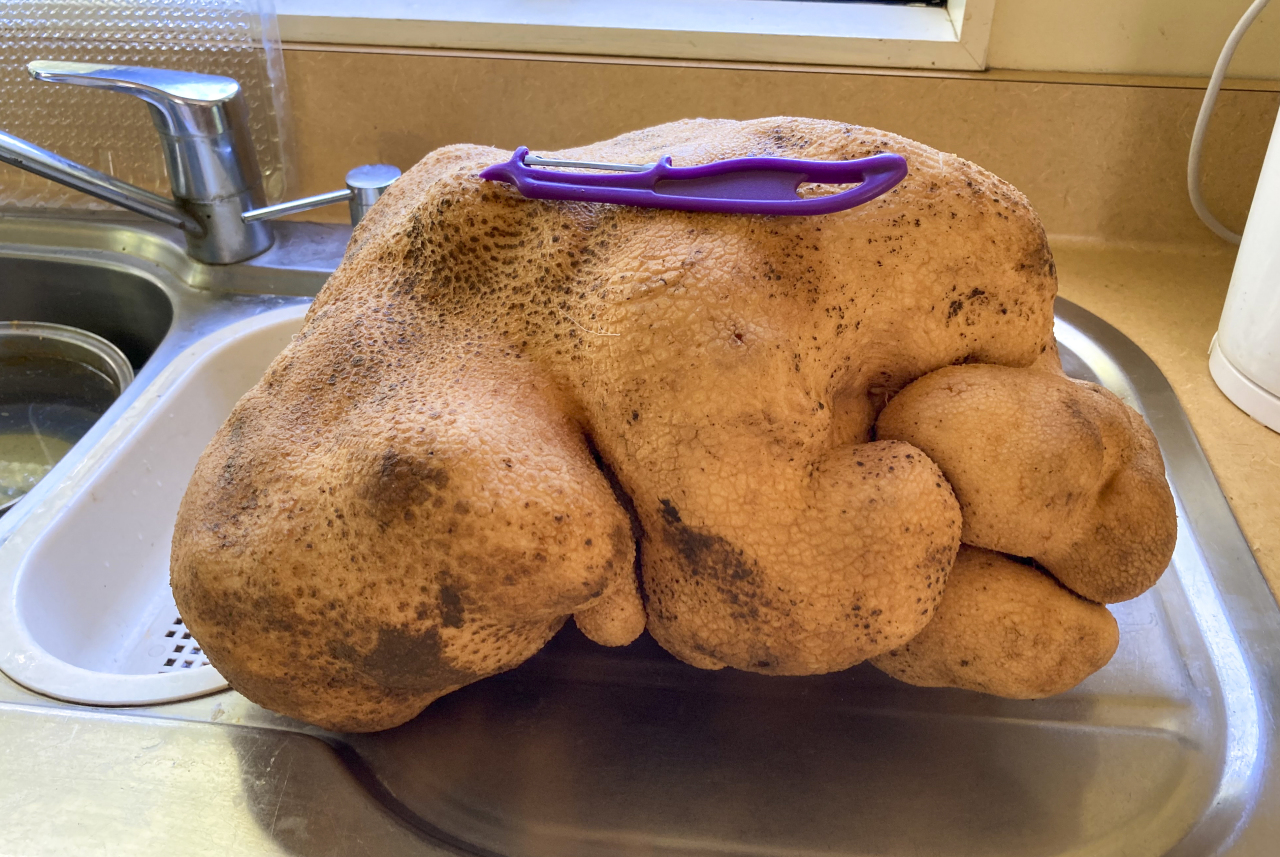 Donna and Colin Craig-Browns, a couple living in New Zealand, dug up a potato that weighs 7.9 kilograms. They were unsure of its identity before digging it out but once they did, they were absolutely flabbergasted. To give their discovery a funny twist, the couple decided to name the potato Doug, after the way it was unearthed. 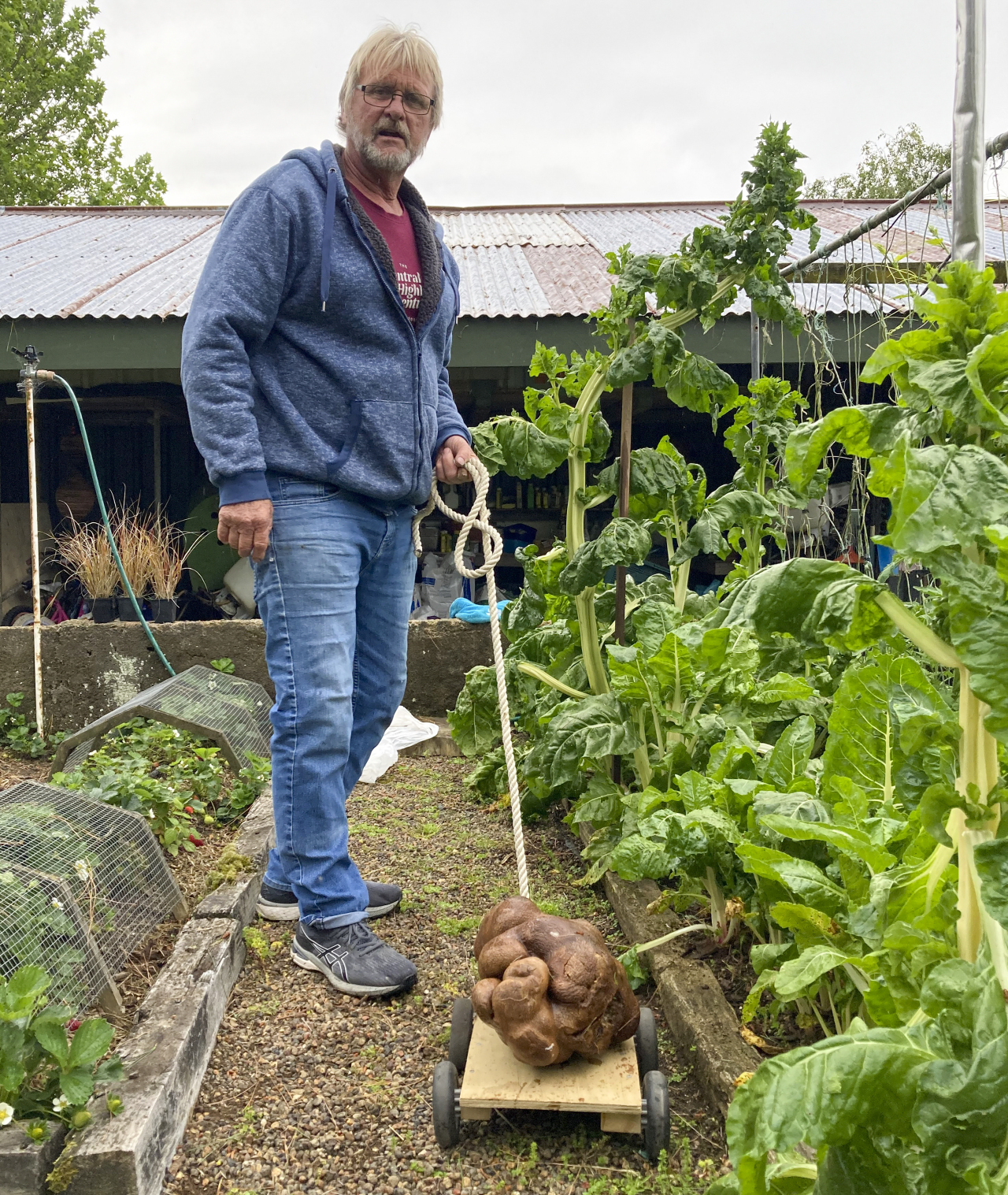 The previous potato record-holder weighed 4.98 kilograms. The couple say they have applied to register Doug as the biggest potato in the world but they have not yet received a reply from Guinness World Records. 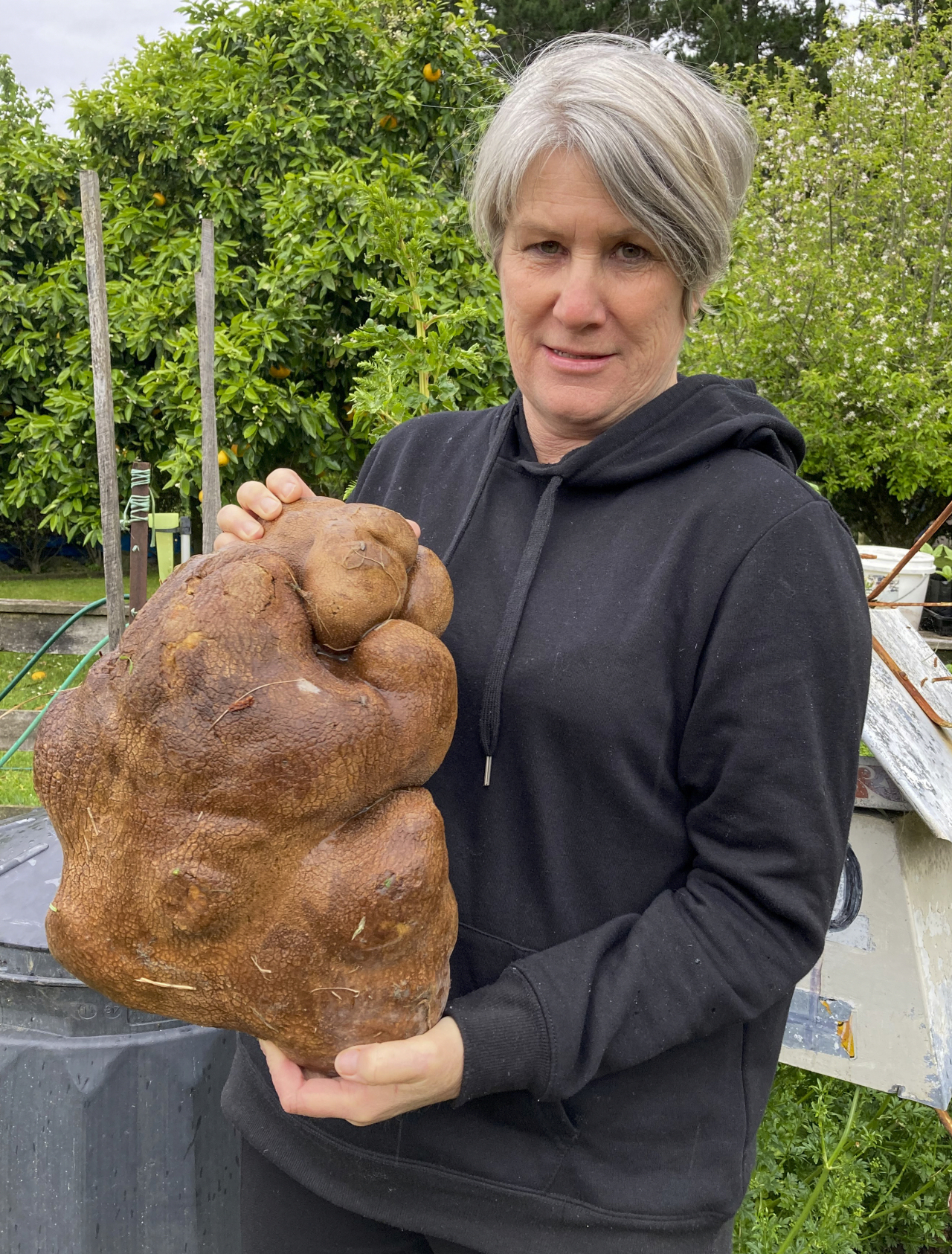 Since their discovery, the couple stated that they have grown fond of Doug and enjoy daily strolls around town, pulling Doug along with them on toy trucks and trolleys. 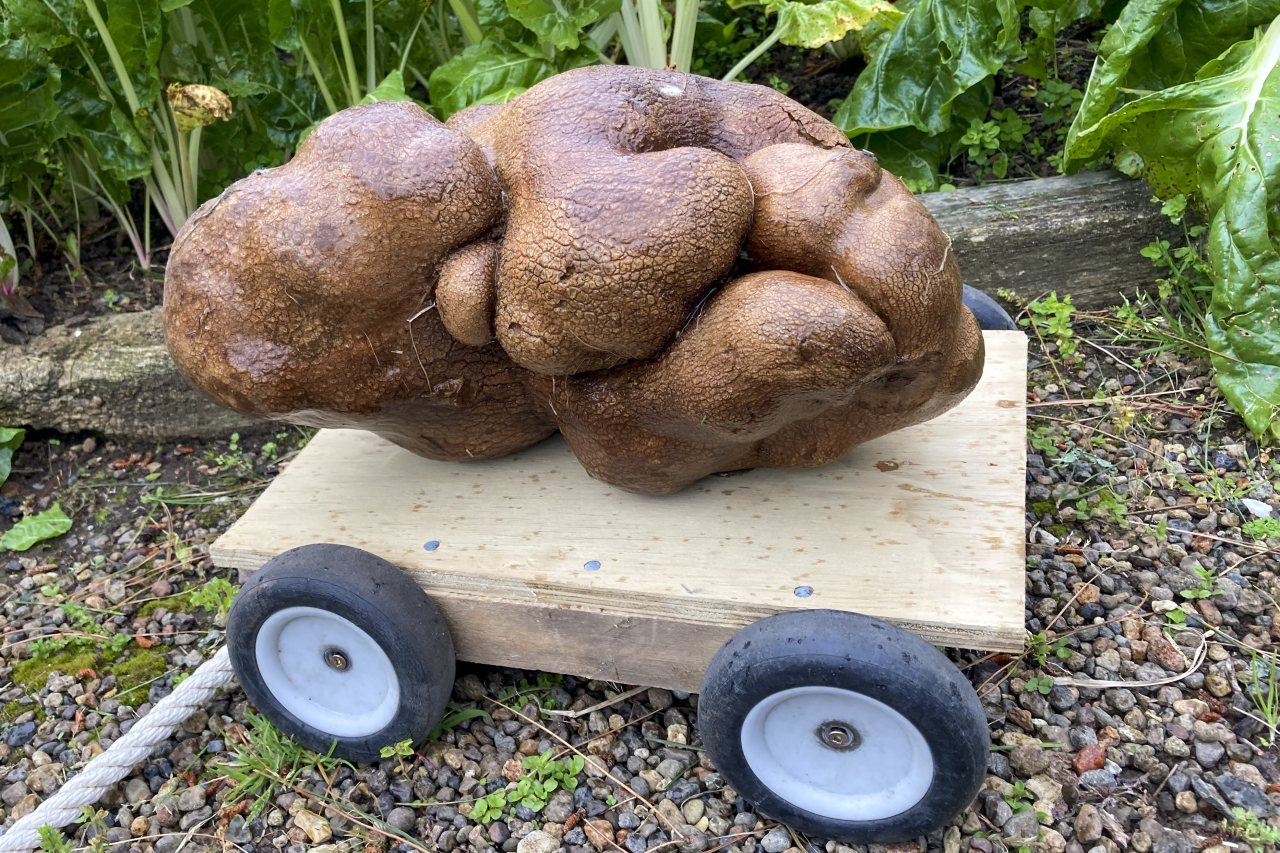 The couple has not thought of how their journey with Doug will come to an end but as of Nov. 3, Doug has been well-cleaned and put in the freezer.