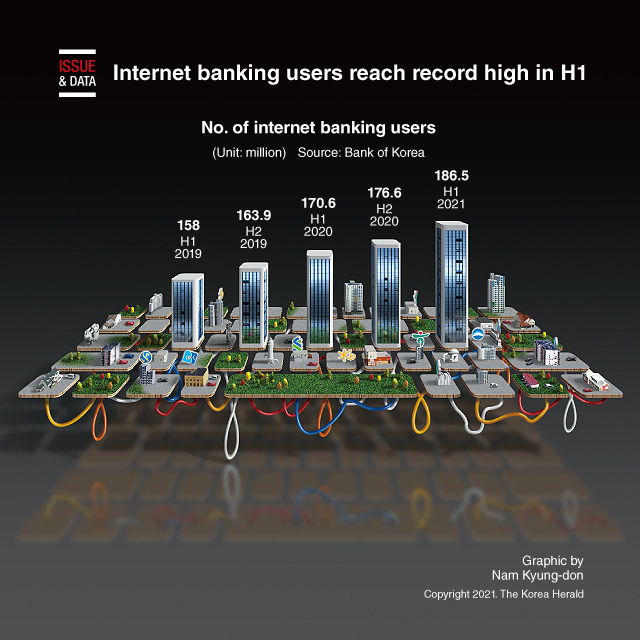 South Korea's internet banking services continued to grow in the first half of the year, with the number of users and daily transactions rising to new highs, central bank data showed.

The number of internet banking users, including mobile banking, came to 186.5 million as of end-June, up 5.6 percent from six months earlier, according to the data from the Bank of Korea.

The figure is the simple sum of all registered users of 18 internet and mobile banking service providers in the country, meaning the same person may count multiple times toward the sum, according to the BOK. (Yonhap)