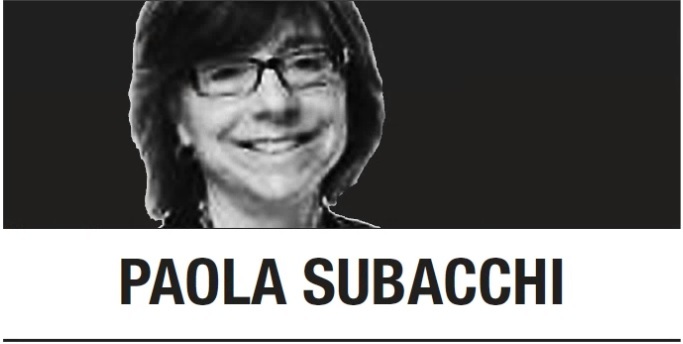 As the International Monetary Fund and the World Bank prepare for their annual meeting next week, all eyes are on Evergrande, China’s second-largest property developer, which apparently cannot repay about $300 billion it currently owes to banks, bondholders, employees, and suppliers. With the property giant teetering on the edge of bankruptcy, the world is being forced to contemplate a scenario it had never seriously considered: a made-in-China financial crisis.

Observers have been quick to draw parallels between the Evergrande debacle and past crises. Some compare it to the 2008 crash of the US investment bank Lehman Brothers, which triggered a massive banking and financial crisis. Others recall the near-collapse of the hedge fund Long-Term Capital Management in 1998, which was staved off only by a bailout from the US Federal Reserve to protect financial markets. Still others invoke the collapse of Japan’s real-estate bubble in the 1990s.

In all of these cases, the combination of excessive leverage and overvalued assets triggered instability. But none really offers much insight into the situation at Evergrande, owing to the peculiarities of China’s banking and financial system, which is driven by policy, not markets.

Whereas a country like the United States may provide a bailout when financial collapse seems imminent, China intervenes in capital markets regularly and tolerates few risks to financial stability. China’s monetary authorities are thus well-versed in managing the financial troubles of domestic firms, shielding the distressed ones from contagion, ensuring low borrowing costs, and providing selective bailouts.

In engineering such rescues, the Chinese authorities are unlikely to agonize over the question of whether a firm really is “too big to fail.” China would much rather risk moral hazard than jeopardize financial stability.

Given this, it is probably safe to assume that China will intervene to manage Evergrande’s collapse. But the episode will nonetheless leave two major scars on China’s economy.

First, as foreign investors will not be sheltered, confidence will take a bit hit, especially in China’s offshore credit market, which is particularly exposed to Evergrande risks. Yields on China’s junk dollar bonds have jumped to approximately 15 percent, their highest level in about a decade.

Since its establishment in 2010, the offshore market has been central to China’s strategy for making the renminbi a liquid and freely usable international currency, because it enables the circumvention of domestic capital controls. But foreign investors have been extremely cautious about trading renminbi-denominated assets in this market. The Evergrande saga will reinforce their misgivings, at least for now, forcing China to rethink its renminbi strategy.

The second scar will be on China’s real economy. The real-estate sector accounts for nearly 30 percent of China’s GDP, compared with 19 percent in the US. And real-estate value added contributes about 6.5 percent to China’s GDP. (If indirect contributions, such as fixed-asset investment, are considered, the sector’s contribution to Chinese growth is even larger.)

The Evergrande implosion could therefore have serious consequences for jobs and growth. If it triggers a drop in stock and real-estate prices -- housing comprises 78 percent of Chinese assets, compared to 35 percent for the US -- consumer confidence, and thus consumption, may also take a hit.

The question is whether China will be able to contain the Evergrande crisis and prevent its consequences from spilling over to global financial markets. So far, the expectation seems to be that China will succeed in ring-fencing the problem. Even if Evergrande collapses, the logic goes, China’s banking and financial system is robust and resilient enough to withstand it. Furthermore, the policy response to any instability would most likely be effective, matching in speed and scale the Fed’s move in 2008 to backstop the US banking system. Several policy tools, including monetary and fiscal easing, are available.

But there is no guarantee that the policy response will not lag behind events, with political considerations potentially impeding action. In that case, the rest of the world would feel the effects.

Since the 2008 global financial crisis, China’s financial system has expanded to become one of the world’s largest, with financial assets amounting to nearly 470 percent of GDP. And it has become more integrated with the rest of the world through investment flows and direct lending. But while the Chinese financial system is now systemically important, it is not clear that the international financial safety net -- provided by multilateral financial institutions, notably the IMF -- has expanded adequately to accommodate this.

That safety net is currently estimated to amount to about $2.7 trillion (based on immediately available financial resources, not including pre-committed resources). This is less than China’s foreign-exchange reserves -- currently around $3.2 trillion. Would this be enough to stave off disaster in the event of a made-in-China systemic crisis? Would the US -- the IMF’s main shareholder -- even agree to the Fund extending adequate assistance and resources to backstop such a crisis?

Fortunately, this scenario still seems unlikely. But it should not be dismissed out of hand. After all, how many low-probability events have come to pass over the last two decades? At the very least, the Evergrande crisis should shake us from our complacency regarding global financial risks. We need to be building resilience, not politicizing the multilateral financial architecture. And if a systemic financial crisis does hit China, we need to know who will step in to rescue the rest of the world -- and how.


Paola Subacchi
Paola Subacchi, Professor of International Economics at the University of London’s Queen Mary Global Policy Institute, is the author, most recently, of The Cost of Free Money. -- Ed.