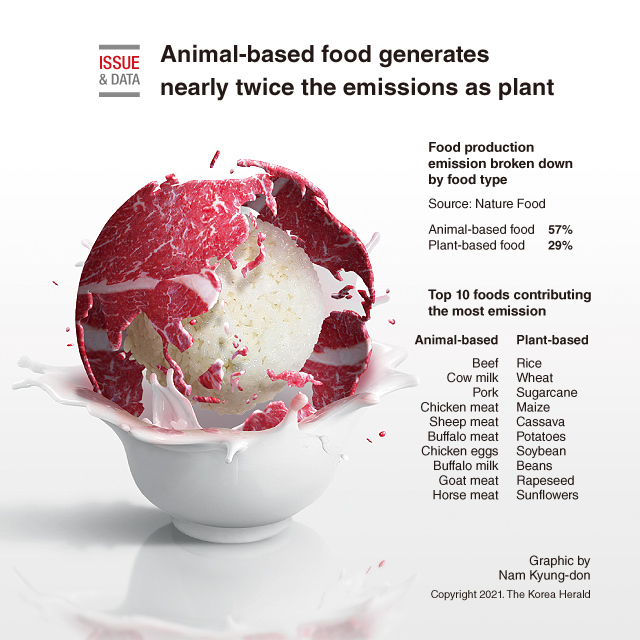 Animal farming accounts for twice as many greenhouse gas emissions as plants grown for consumption, according to a study published that mapped agricultural activities worldwide.

What humans eat accounts for a major chunk of the emissions behind climate-change - transportation, deforestation, cold-storage and the digestive systems of cattle all send polluting gases into the atmosphere.

Researchers looked at carbon dioxide, methane and nitrous oxide released by food production and consumption from farming on land. And they found that, from 2007 to 2013, the emissions amounted to 17.318 billion metric tons of CO2 equivalent greenhouse gases per year - or 35 percent of all human-caused emissions.

The study, which modelled net emissions for over 170 plant and 16 animal products in nearly 200 countries, calculated that 57 percent of food-related emissions were from animal-based foods - including crops grown to feed livestock. (AFP)