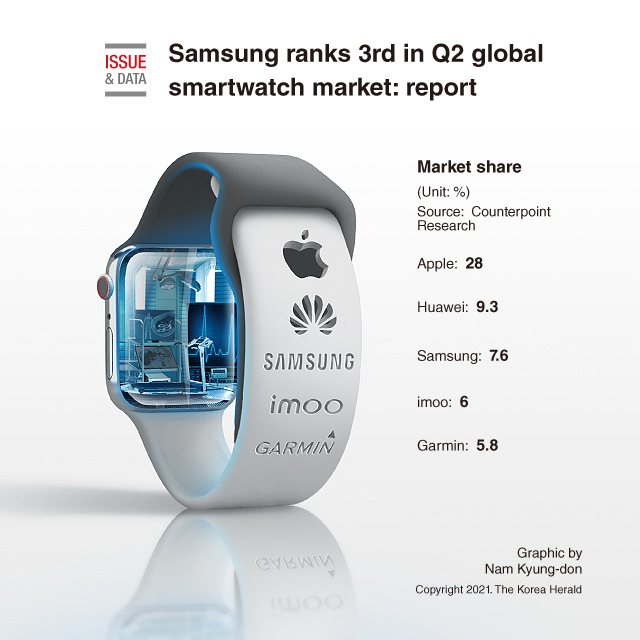 Samsung Electronics was the world’s third-largest smartwatch vendor in the second quarter of the year, a report showed, after its shipments posted robust 43 percent on-year growth.

The South Korean tech giant logged a market share of 7.6 percent in the April-June period, up from 6.8 percent a year earlier, and edged China’s BBK Electronics for third place, according to market researcher Counterpoint Research.

Apple maintained its lead in the second quarter, but its market share declined to 28 percent from 30.1 percent a year earlier due to intensifying competition with Chinese and Indian brands. (Yonhap)