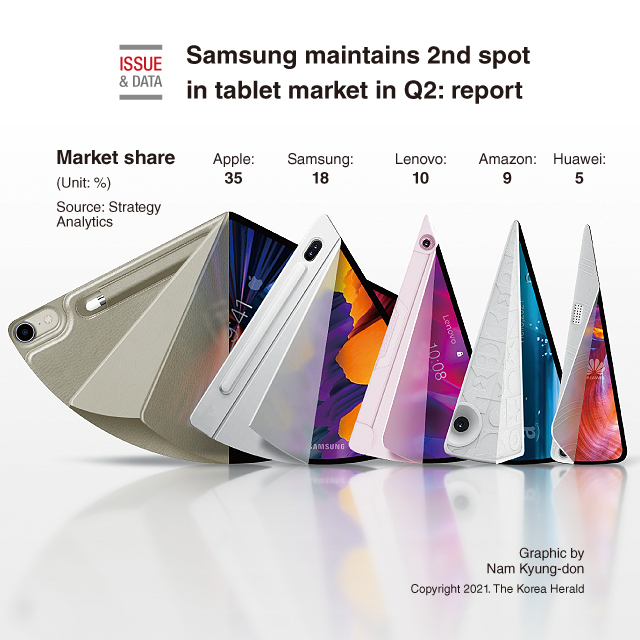 Samsung Electronics stayed on as the world’s second-largest tablet computer vendor in the second quarter of the year, a report showed, as it strives to catch up with industry leader Apple.

The South Korean giant logged a market share of 18 percent in the April-June period, after shipping 8.2 million Galaxy Tab tablets, up 19 percent from a year ago, according to market researcher Strategy Analytics.

Apple defended its top position with a 35 percent share as its iPad shipments jumped 11 percent on-year to 15.8 million units in the second quarter.

Lenovo Group came in third with a 10 percent share as its tablet shipments grew 67 percent on-year to 4.7 million units. (Yonhap)