But exceptions here and there nodded to his more dynamic tastes: the bright yellow cabinet, the brilliant red, heart-shaped chair, and the colorful array of books half-neatly stacked behind his desk.

Colde entered the room still on his phone. After dropping his recent single “When Dawn Comes Again” last month, the singer-songwriter has found himself busy every day as the head of his music label Wavy.

“You’re lucky to catch me in just a T-shirt and pants,” Colde told the Korea Herald as he sat down. “I’m almost always wearing dress shirts and trousers these days with meetings on end.”

Just like his office, an unusual mix of minimalistic arrangements with overwhelmingly diverse tastes, Colde was a balance of two extremes. A singer-songwriter creating soulful R&B music just few weeks ago, here he was back as a label chief working around the clock to create content that adds value.

Colde, real name Kim Hee-soo, may be better known to fans as a member of R&B duo Offonoff, in which he kicked off his music career in 2016 with single “Bath.” The duo soon made a name for themselves, winning the R&B song of the year at the Korean Hip-hop Awards in 2018 with “Gold” from their first studio album “Boy.”

While just making themselves known to a larger audience, Colde made his solo debut with his first EP “Wave” in September 2018 and went onto launch his own music label Wavy the next year.

Untimely these moves may seem for a rising artist, Colde explained they were just a part of a natural progress for him in his pursuit of music.

“We were a part of this hip-hop crew Club Eskimo, and along with the other artists, we were more than happy just to be able to share our passion for music. But this happiness was crashed not by ourselves, but outside powers, a bigger system, like our labels, for example. This was when I developed the spirit of resistance against such systems.”

He didn’t have to wait long to take control of his music, with the dissolution of his former agency coming in late 2018.

“I had a clear idea how to brand my company. Although I soon realized there was much more to operating a label than just branding, I came to face my limits, strove to overcome such shortages and learned much in the progress,” he said.

Starting off as a one-person label in early 2019, Wavy has grown into a company of over 30 staff. Last year, he launched a new label, Layered Island. Although the two entities are run separately, Colde explained they are closely connected to make up a part of his music universe.

“When I talk about music with my staff, I often use the descriptions ‘aluminum-like’ or ‘wood-like.’ The former is the music we do at Wavy, the unconventional and avant-garde, with lots of digital touches. But as I continue such novel attempts at Wavy, a part of myself also wanted to keep things simple and natural. That is the sort of music Layered Island pursues.”

Waiting for the dawn

His music career was one of those cases where he followed his passion in making decisions.

Colde explained writing songs and lyrics just came naturally to him since he was young. Although he was never formally trained in music and decided to major design in college, his innate passion led him to his Offonoff partner 0channel who shared a similar background in music as him.

When he was in his early 20s, music was a means to express his unstable emotions.

He spent many days walking around the city at dawn, which according to the artist was when he was most energetic. He’d delve into his thoughts, and most importantly, take action.

“I would say I lived the day waiting for the dawn. I would watch the world go around as I took a walk, and returning home, I’d put it into music. Most of the songs I have released until now were inspired from this time of the day.”

Among those songs inspired from his midnight strolls were his recent single “When Dawn Comes Again” featuring group Exo’s member Baekhyun.

“The song was first written in 2019. Many find their minds become filled up with all kinds of thoughts at dawn, especially complex feelings of bygone relationships and faded emotions. This song was made to resonate with those who become nostalgic at the midst of dawn.”

While Baekhyun’s soulful voice matched the overall atmosphere of the song, embodying the dark yet warm aspect of dawn, Colde said what the artist had to offer was more than just the right voice.

“I think Baekhyun portrays the ultimate idealization of an R&B artist. Working with Baekhyun on all his solo work, I came to appreciate how much of a veteran he was with his music. Not only were his songs great, but he was able to perform them on stage so properly. I couldn’t ask for better.”

Colde’s goal as an artist is to “stay unconventional.” And what drove such efforts was the “spirit of resistance,” he said.

“It’s a phrase I live by. I’m always thinking about how I could go against expectations; what kind of twists I could throw at this system and the scene.”

One of his most radical attempts were with his most recent EP “Idealism,” in which he calls on listeners -- and himself -- to remember their ideals and passions.

For this eight-track album, Colde not only attempted new genres of music, but he stripped away from his usual style to shave his hair short and dye them blue. 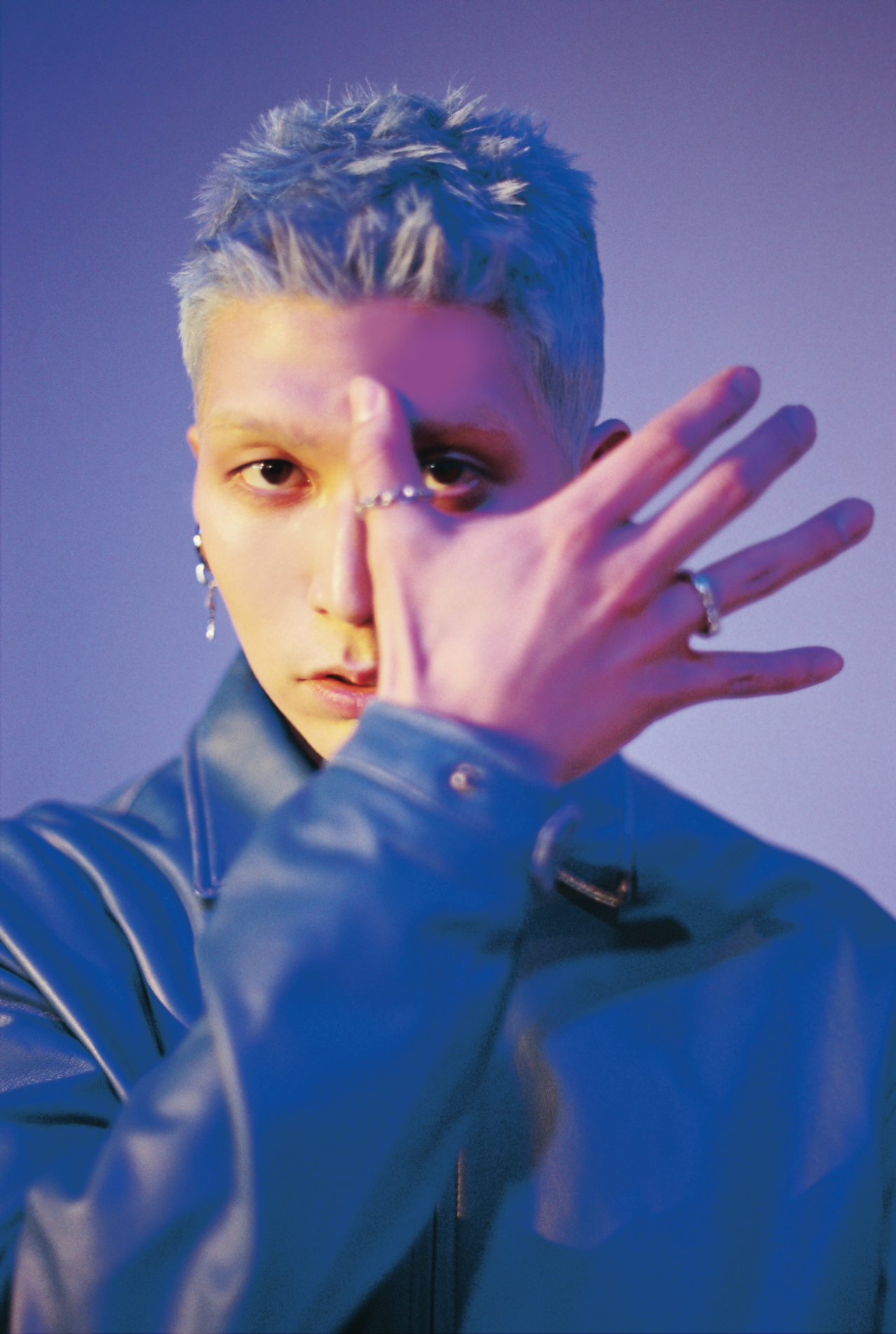 "Idealism" (Wavy)
His cover of girl group Aespa’s “Next Level” was also quite a shock to many of his fans, but to him, just another exciting attempt.

But while he talks of resistance and fighting back, he says a message of love lies behind it.

“I think what the world needs the most right now is love, and the people who could really make the value resonate in people’s hearts are pop-culture artists, whether it be filmmakers, novelists or musicians,” he said.

His objective in spreading love is not something vague, but a clear goal deriving from his own experience with music.

While he grew up listening to songs about love from 1980s singers like Lee Moon-sae or Yoo Jae-ha, it was not until many years later that he was able to really comprehend the messages.

“Likewise, my songs may not instantly touch the hearts of listeners, but I believe my job is done once they are heard because the energy is already delivered. It will stay inside them until the moment their lives strike a chord with the message.”

Looking to the future, Colde is embarking on a journey to create a new wave in the music scene.

Among his many new interests is idol music, especially those from boy band Tomorrow X Together.

“Their universe and the story they tell through it is very characteristic, and such coherent storytelling is essential especially in the K-pop industry. A story is what makes the music last through time. I myself as an artist also go through a long process of designing the structure of stories for my albums.”

He says his whole music business has a clear story of its own: Artists of their own creative identities will form different layers to build an island, Layered Island, and surrounding that will be ripples of constantly transforming waves, Wavy. What more will join this compound of music is unforseeable.

“My ultimate goal is for this movement to expand, flow to a vaster ocean. Being upfront and speaking up for myself as an individual didn’t seem right, and that’s how I came to found the labels. My role would be to build firm ground on which the artists can spread their creativity, with the hopes that their music will be able to influence the public.”