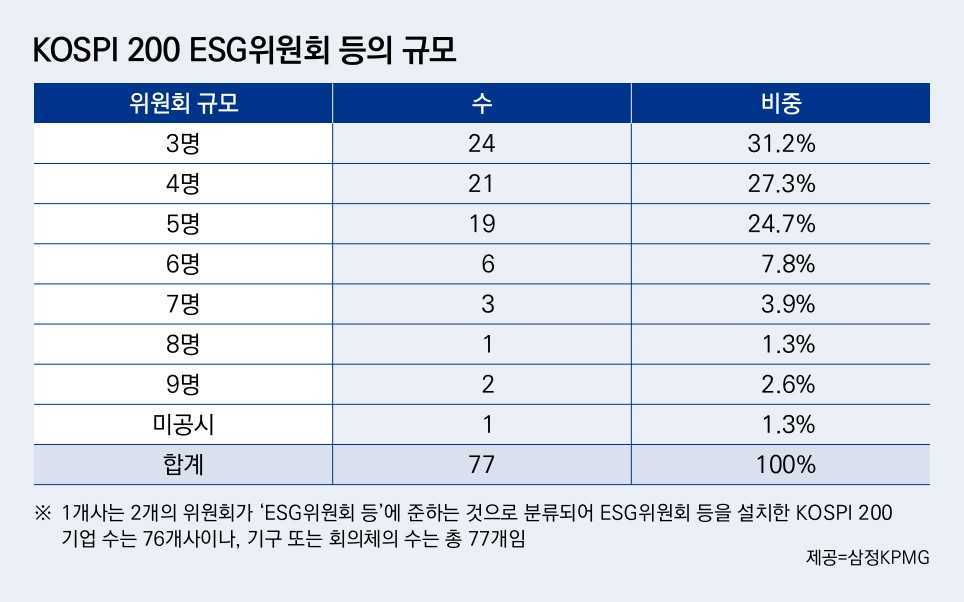 Almost 40 percent of South Korea’s top 200 listed companies have established committees to deal with environmental, social and corporate governance issues, with a majority of them having caught on to the trend this year, a report from consulting firm Samjong KPMG showed Monday.

Out of the Kospi200 companies, which make up 93 percent of the total market of the country’s main bourse, 76 companies or 38 percent have set up ESG committees, including one that has two councils. Out of the 77 ESG bodies, 61 or 79.2 percent were either launched or expanded this year amid increased interest in sustainable growth on the part of investors as a result of the COVID-19 pandemic.

“The list (of ESG committees) is expected to get longer as some companies are planning to launch one later this year,” said the report in the Audit Committee Journal.

The committees had an average of 4.4 members, and on average 75.6 percent of those were nonexecutive members, the report said.

The committees dealt with topics such as corporate governance reporting, carbon neutrality, and workplace health and safety.