The exhibition “Photographs by Yosigo: Holiday Memories” has become one of the most popular exhibitions in Seoul since it opened in June, having gone viral among young people who can’t go to the beach. The exhibition is so popular that visitors have to wait at least an hour, according to the organizer, MEDIA N ART.

Born in 1981, Yosigo -- whose real name is Jose Javier Serrano -- was raised in San Sebastian, a famous tourist city on the Mediterranean coast. With that background, it’s not surprising that the sea is his main photographic subject.

Some 350 photographs by Yosigo, demonstrating his unique visual language, take visitors to various attractions around the world, including the beach of La Concha in his hometown, which he remembers as a “cold and solitary town.”

“When I take a landscape photo, I prefer not having any people in the scene, because I want to understand what the space signifies and express why it is important. The presence of tourists obstructs what we really want to see. Rather than enjoying the landscape, they are only interested in letting others know why they were there,” the artist says in a quote on display at the gallery.

Yosigo interprets mundane subjects to make his photographs special. The analog vibe created with light and compositions offers comfort. Apart from the sea, his photography includes architecture and a variety of moments he captured while traveling the world, including scenes from the US, the United Arab Emirates, Hungary and Japan. 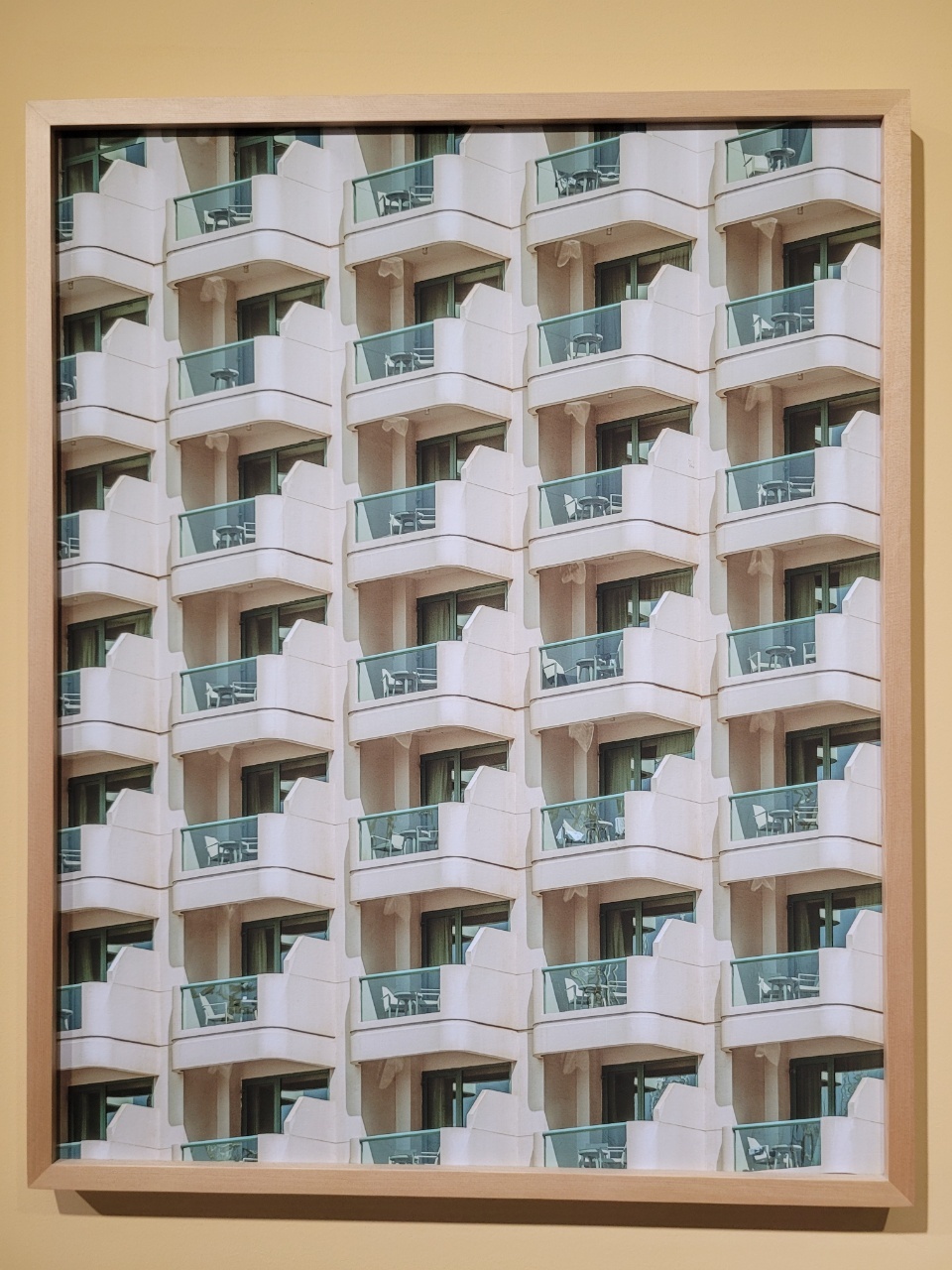 "Dubai, UAE” by Yosigo (Park Yuna/The Korea Herald)
Handling light has been a huge part of Yosigo’s work when taking photographs of mundane subjects such as buildings. Natural light is a great inspiration to him. The warm vibe of the geometric compositions of building facades comes from the artist’s use of orange tones.

“A building could look dull to me all day, but when it meets a moment of great lighting, it can produce a magical photo. ... When I compose a photo, I look for geometric patterns and harmony of light that satisfy me,” he said.

Because he worked as a graphic designer before becoming a photographer, Yosigo is intrigued by geometric arrangements. The terraces, corridors and stairs that appear in many of his photographs show his sense of order and balance.

When it comes to choosing cities for his photographs, he is moved by exotic allure and architectural identity. For example, the “Documentary” section of the exhibition includes the spa baths of Budapest, which he believed to be a good visual pairing with the aesthetics of his photography.

The exhibition runs through Dec. 5 at Ground Seesaw Seochon.