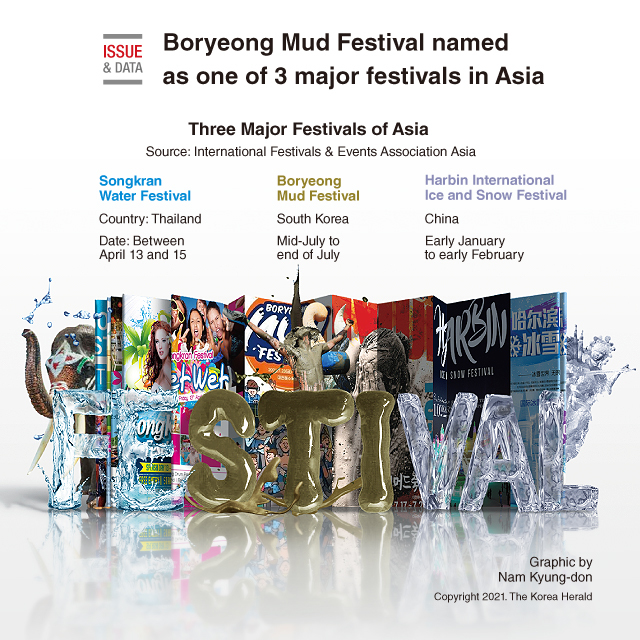 The annual Boryeong Mud Festival has been selected as one of Asia's three major festivals by an international festival association, a local government said.

According to the city government of Boryeong, South Chungcheong Province, its popular mud festival was designated as one of the “Three Major Festivals of Asia” by the International Festivals & Events Association Asia.

The two other festivals that received recognition were the annual Harbin International Ice and Snow Festival, which takes place in the northeastern Chinese city between January and February, and a water festival held during Songkran, Thailand’s New Year’s holiday in April. (Yonhap)