[Graphic News] Only 3 in 10 Koreans interested in Tokyo Olympics 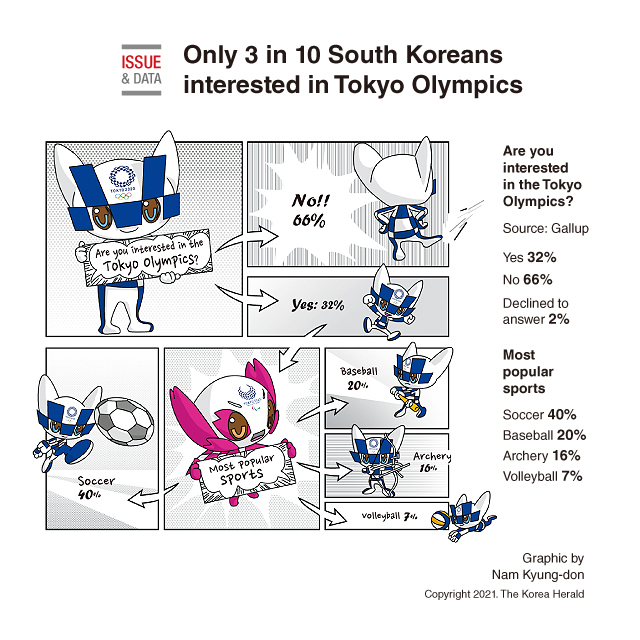 The level of interest in the Tokyo Summer Games is much lower in South Korea compared with past Olympic events, a survey showed.

According to a survey of 1,003 people aged 18 and older conducted by Gallup Korea from July 20 to 22, only 32 percent of respondents said they were very interested or a little interested in the Summer Olympics in Tokyo.

A majority, or 66 percent, said they were not interested in one of the biggest sports events in the world.

The survey also showed that soccer was the most popular Olympic sport with Koreans, followed by baseball, archery and volleyball. (Yonhap)