[Graphic News] No. of fake banknotes dips to record low in H1 amid pandemic 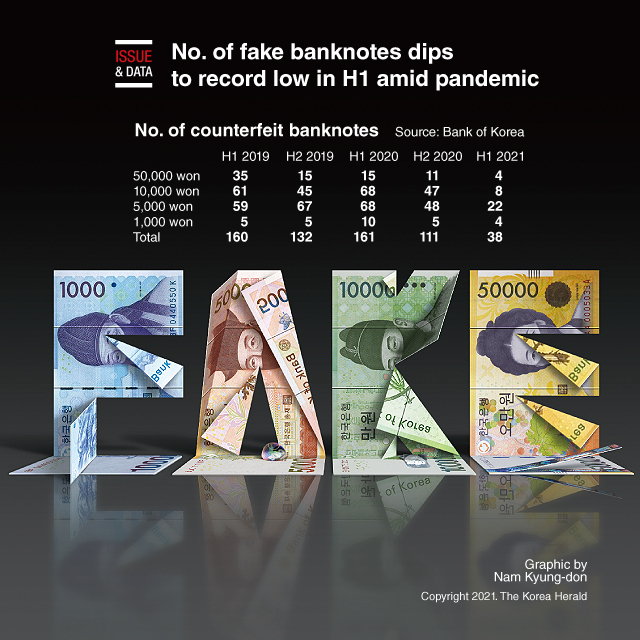 The number of counterfeit South Korean banknotes identified dropped to a new record low in the first half of 2021, as the COVID-19 pandemic accelerated the decline of cash use, the Bank of Korea said.

In the January-June period, the number of fake banknotes found here came to just 38, down from 161 a year earlier and marking the lowest figure since the BOK began releasing such data in 2000.

The highest-denomination bill (50,000 won) had only four counterfeit cases in the first half, according to the central bank. (Yonhap)