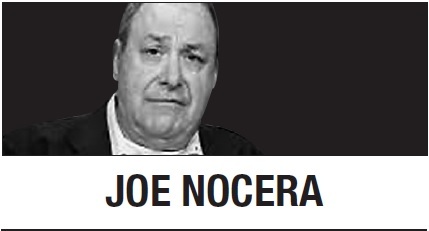 The dam has broken. College athletes are going to be paid -- eventually. And it’s about time.

The Supreme Court on Monday confirmed unanimously that the National Collegiate Athletic Association is a business that has to conform to the same antitrust rules as any other business. That means its days of operating a multibillion dollar industry on the backs of an unpaid labor force -- the players -- are dwindling rapidly.

The issue in NCAA v. Alston, which was argued before the court in March, was narrower than NCAA critics might have liked. In 2019, a district court judge, Claudia Wilken, ruled that although the NCAA might justifiably limit player compensation for their athletic activities, it could not limit benefits that were related to their education -- anything from money for extra tutoring to a postgraduate internship. Both sides appealed, but the US Court of Appeals for the 9th Circuit upheld Wilken’s ruling.

The players chose not to appeal to the Supreme Court -- a mistake, it turns out. The NCAA, however, did appeal, arguing as it has so many times in the past -- before both federal courts and the court of public opinion -- that the essence of college sports was “amateurism” and that any move to pay the players would destroy it.

Why would the NCAA take such a stance? Because for more than half a century, it had convinced the country that amateurism was a force for good and that players who took money were cheaters who should be deprived of their athletic eligibility. But as the world changed, so did the conventional wisdom about paying players. What didn’t change with the times was the NCAA’s hard-line stance. It came to the Supreme Court armed with arguments that had lost their potency.

In his decision, Justice Neil Gorsuch used the explicit language of antitrust to describe the NCAA. “Put simply,” he wrote, “this suit involved admitted horizontal price fixing in a market where the defendants exercise monopoly control.” For decades, the NCAA has relied on a 1984 Supreme Court decision -- a decision it lost -- as a legal justification for not paying college players. Gorsuch mocked that rationale. He went down the list of the NCAA’s arguments, one after another, and left them in shreds. He concluded that the NCAA’s compensation rules, at least as they apply to education, violate antitrust laws. This has been true, of course, since the 1950s, but hey, better late than never.

So where does that leave us? First, more than a dozen states have passed laws allowing college athletes to cash in on their names, images and likenesses, with the starting date in six of those states coming July 1. The NCAA’s effort to control the process has thankfully failed. An attempt to pass a bill in Congress that would preempt the state laws has also stalled. In all likelihood, every state will pass a name, image and likeness bill by the time football season starts. The NCAA will have no choice but to go along. So that’s one form of compensation.

A second form of compensation will be the education-related benefits the Supreme Court just upheld. But that is hardly going to be the end of it. In his decision, Gorsuch mentioned several times that the court was only being asked to rule on the validity of the educational benefits. His implication was that if the players had appealed -- and had asked that all compensation limits be ruled illegal -- they might well have prevailed.

In a concurring opinion, Justice Brett Kavanaugh practically pleaded for someone to bring another antitrust suit against the NCAA so the court could rule against amateurism once and for all. “I add this concurring opinion to underscore that the NCAA’s remaining compensation rules also raise serious questions under the antitrust laws,” he wrote.

I’ve seen a few tweets noting that if both Brett Kavanaugh and Sonia Sotomayor oppose your arguments, maybe you need a new approach. But I think of this decision in a somewhat different way. The NCAA’s refusal to allow the players to be paid has always been a blatant antitrust violation, one that should have been easy to spot by liberals and conservatives alike. But for too long, we allowed ourselves to be blinded by the NCAA’s rhetoric. What the court’s 9-0 decision shows is that we are finally looking at the NCAA with eyes wide open.