[Graphic News] Image of US abroad improves under Biden 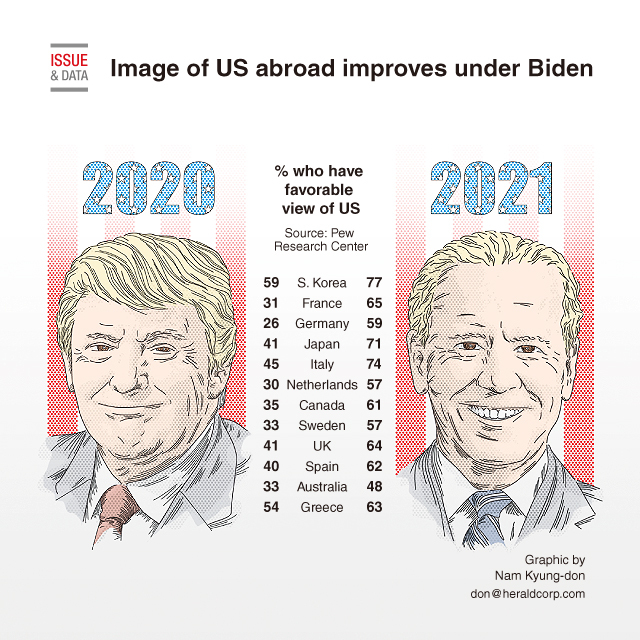 The image of the United States throughout the world has changed significantly since the election of Joe Biden to replace former President Donald Trump, according to a new Pew Research Center survey released.

Pew Research examination of 16 public surveys found a noteworthy increase in the image of the United States, pointing to the election of Biden and several of his major policy initiatives.