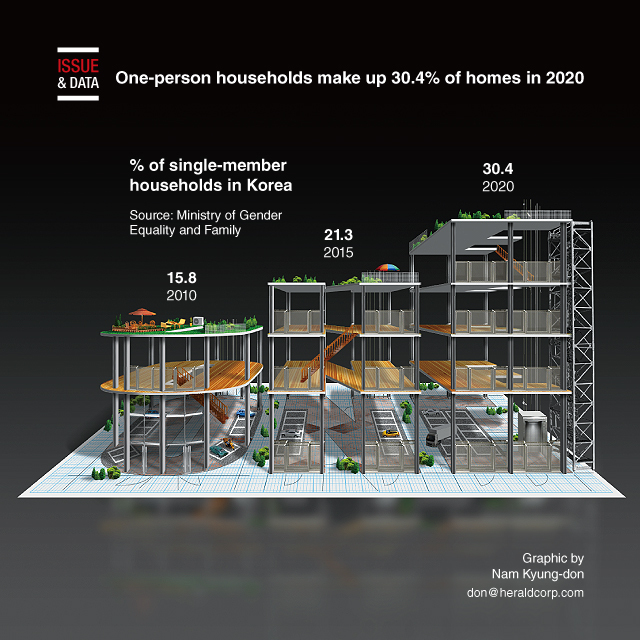 The portion of single-member households in South Korea surpassed 30 percent last year, a government survey showed, amid an increase in diverse forms of families.

One-person households accounted for 30.4 percent of the total in 2020, according to a survey conducted of 11,000 households by the Ministry of Gender Equality and Family every five years.