[Bill Emmott] Herd immunity is closer than you think 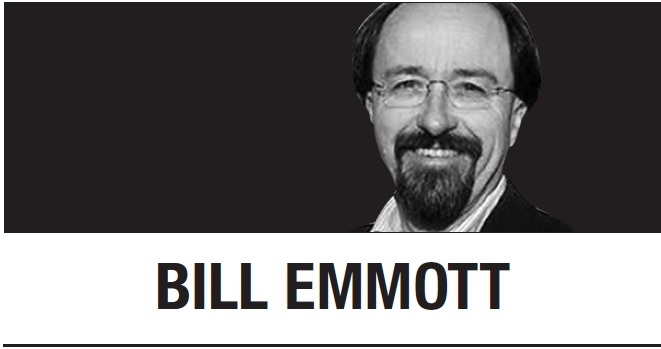 When will the world have vaccinated 80 percent of all adults, the level presumed by scientists to produce herd immunity against COVID-19? Most people’s answer is 2023 or 2024, which suggests deep pessimism about the progress of vaccinations outside the rich world. That is also why pledges at the recent G-7 summit to donate 1 billion doses to poor countries during this year and in 2022 look to some like generous game changers.

But despair is the wrong sentiment and self-congratulation by the G-7 is the wrong reaction. If the current daily rate of vaccinations can be maintained, the world can reach its vaccination goal by January 2022. The first step toward effective action is to convince oneself that a problem is solvable. To that end, the Global Commission for Post-Pandemic Policy, an independent, nonpartisan group of 34 high-level doers and thinkers from around the globe, has done the math to come up with a global vaccine countdown. Surprisingly, we found that the challenge is much more manageable than we imagined, and on a timetable much faster than that assumed by the G-7 governments.

The arithmetic is simple, but first you have to decide whether to regard China, the world’s most populous country, as an inspiration or an exception. According to Our World in Data, China now accounts for 17 million-20 million of the 33 million-36 million doses being administered worldwide every day. With China included, the countdown reaches zero in just over 200 days; without China, the time increases to 370 days. That is an important difference, but it amounts to reaching the finish line in July 2022, rather than in January. Even if a higher threshold of 90 percent becomes necessary, owing to the lower efficacy of Chinese vaccines, we are still nearly there.

Let’s look at the numbers. The world’s population is 7.9 billion, an estimated 5.85 billion of whom are adults (74 percent). If the goal is an immunization rate of 80 percent, 4.7 billion will need shots, which on a two-dose vaccine regimen means 9.4 billion doses. As of June 11, 2021, Our World in Data reports that more than 2.3 billion doses have already been administered worldwide, leaving just over 7 billion doses. Divide that by a midrange daily figure (34 million) and you get roughly 211 days -- January 2022.

Yes, 7 billion is a very large number. But look at what is happening: every day, China is administering 17 million-20 million doses; India is administering just over 3 million; and even Africa is administering nearly 900,000 -- a 37 percent increase since the start of the month. Moreover, these numbers are still rising in most countries. Though not every middle-income country will be able to match China’s pace, that at least should be the motivating goal.

Until recently, the main constraint and source of frustration was the limited supply of vaccines. But production is rising sharply, with the global monthly output of vaccines approved by at least one major regulatory body increasing from 420 million doses in April to 822 million doses in May.

In the coming months, the key constraint will no longer be supply shortages but rather financing and logistical challenges, particularly in poorer countries with limited infrastructure and health care coverage. These hurdles can be lowered if rich countries release their production more quickly for others to buy, and if more bilateral and multilateral aid funding is made available to support public health systems and vaccine purchases.

Make no mistake: China will likely play a large and perhaps leading role in this process. As the world’s biggest producer of COVID-19 vaccines (albeit of a less sophisticated variety than the Western ones), China will have immunized its own population by September or thereabouts, giving it abundant spare production capacity to supply the world (along with funding).

That is why the Western pledges at the G-7, welcome as they are, are in reality somewhat behind the curve. The G-7 countries are offering their billion doses on a timetable convenient to them, divided between late 2021 and 2022, but actual demand from poor and middle-income countries is coming much sooner than that. This means that China is being given a huge market and diplomatic opportunity of stepping into the breach with perhaps 500 million doses every month during the last four months of 2021.

If that happens, the surprisingly short time scale indicated by our vaccine countdown can actually be shortened further. Rural parts of Africa and unstable parts of Latin America will face the biggest challenges, but these can be overcome with aid from rich-country governments, including China’s, and from big philanthropic foundations. Mass vaccination campaigns in the developing world are nothing new. Success depends on generosity, political will and a belief that the solution is both necessary and achievable.

With new variants emerging rapidly and new outbreaks in places that had seemed to have the virus under control, COVID-19 remains a global problem. We should know by now that it demands a global solution. The recent increase in supplies and the Global Commission’s vaccine countdown indicate that what we need is well within reach.


Bill Emmott
Bill Emmott, a former editor-in-chief of the Economist, is co-director of the Global Commission for Post-Pandemic Policy. -- Ed.