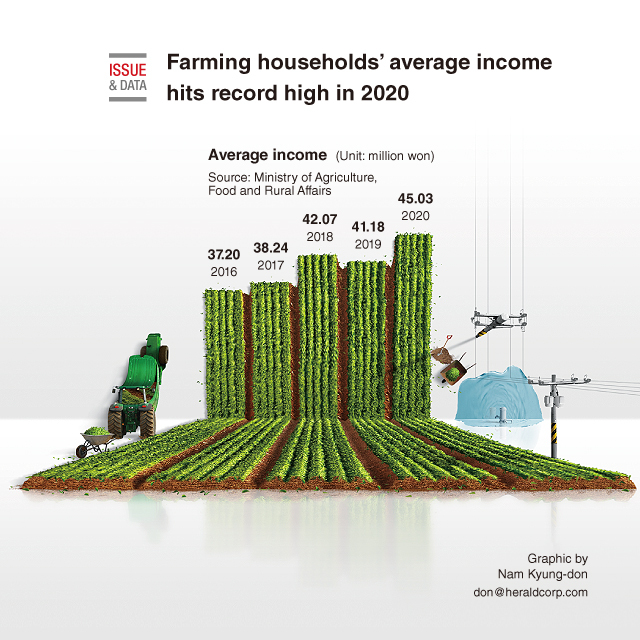 The average income of farming households reached a record high of 45 million won ($40,300) in 2020 on the back of the government’s subsidies, the Agriculture Ministry said.

The amount marks a 9 percent rise from 41 million won tallied in 2019, according to the data compiled by the Ministry of Agriculture, Food and Rural Affairs. It also marked 20 percent growth from 2016.

The growth apparently came as the country expanded the amount of direct subsidies to local farmers.