[Graphic News] Cryptocurrency crimes cause over W5.5tr of losses since 2017 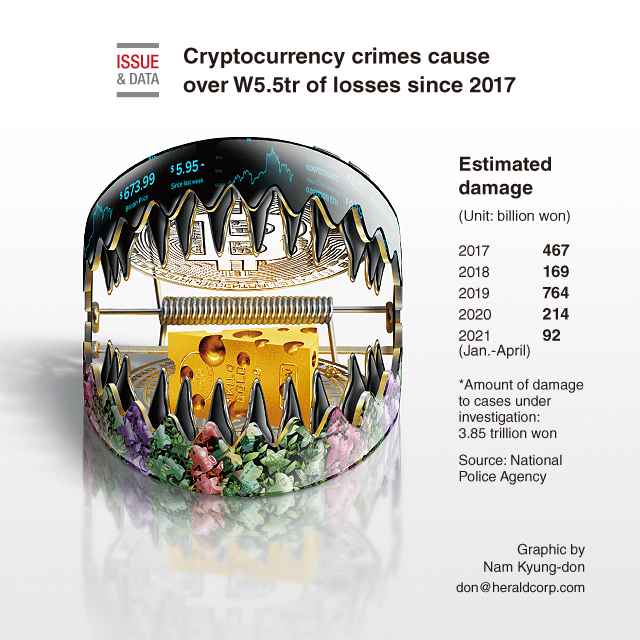 The NPA also said in documents sent to Yun that a total of 585 cryptocurrency cases involving 1,183 suspects have been booked over the entire period. (Yonhap)