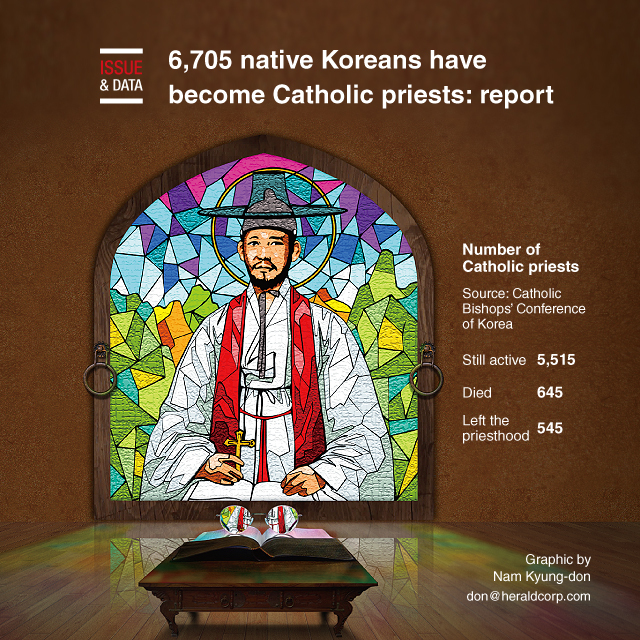 A total of 6,705 native Koreans have joined the Roman Catholic priesthood in the 237 years of Catholic history in the country, a report showed.

According to the 2021 directory published by the Catholic Bishops’ Conference of Korea, the list of ordained priests includes Father Andrea Kim, who became the first-ever Korean Catholic priest in 1845, and Father Yoon Hong-min, who most recently received his priesthood in February.

Among those, 5,515 were still active. A total of 645 have passed away, while 545 have returned to their former secular lives.

Yi Seung-hun became the first Korean Catholic after he was baptized in 1784. As of 2020, there were 5.9 million Catholics accounting for 11.2 percent of the South Korea’s population. (Yonhap)