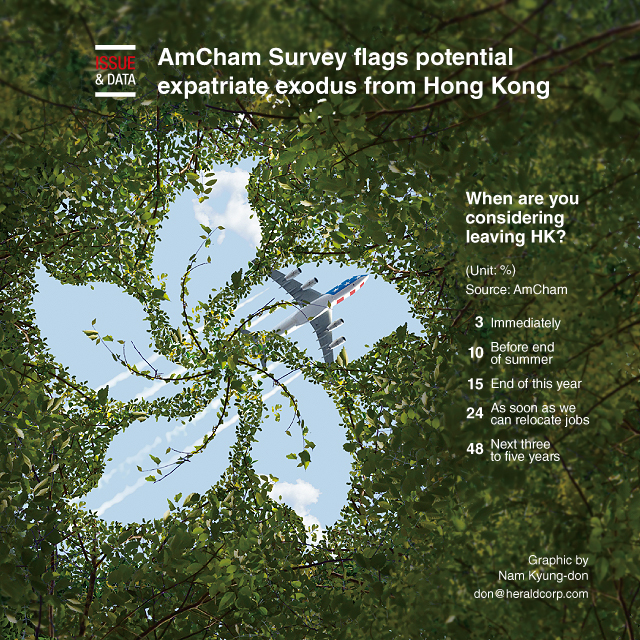 More than 40 percent of the members of the American Chamber of Commerce in Hong Kong plan to or are considering leaving the financial hub, with most citing discomfort with a sweeping national security law as one reason, a survey showed May 12.

The legislation imposed by Beijing in 2020, which punishes secession, subversion, terrorism and collusion with foreign forces with up to life in prison, has further strained relations between the United States and China.

The AmCham survey, to which 325 people, or 24 percent of the business organization’s members, responded between May 5 and May 9, showed 42 percent of them had considered leaving or planned to leave Hong Kong. Of those planning to move out, 3 percent said they intended to do so immediately, 10 percent said before the end of the summer and 15 percent before year-end, while 48 percent eyed a move within three to five years. (Reuters)