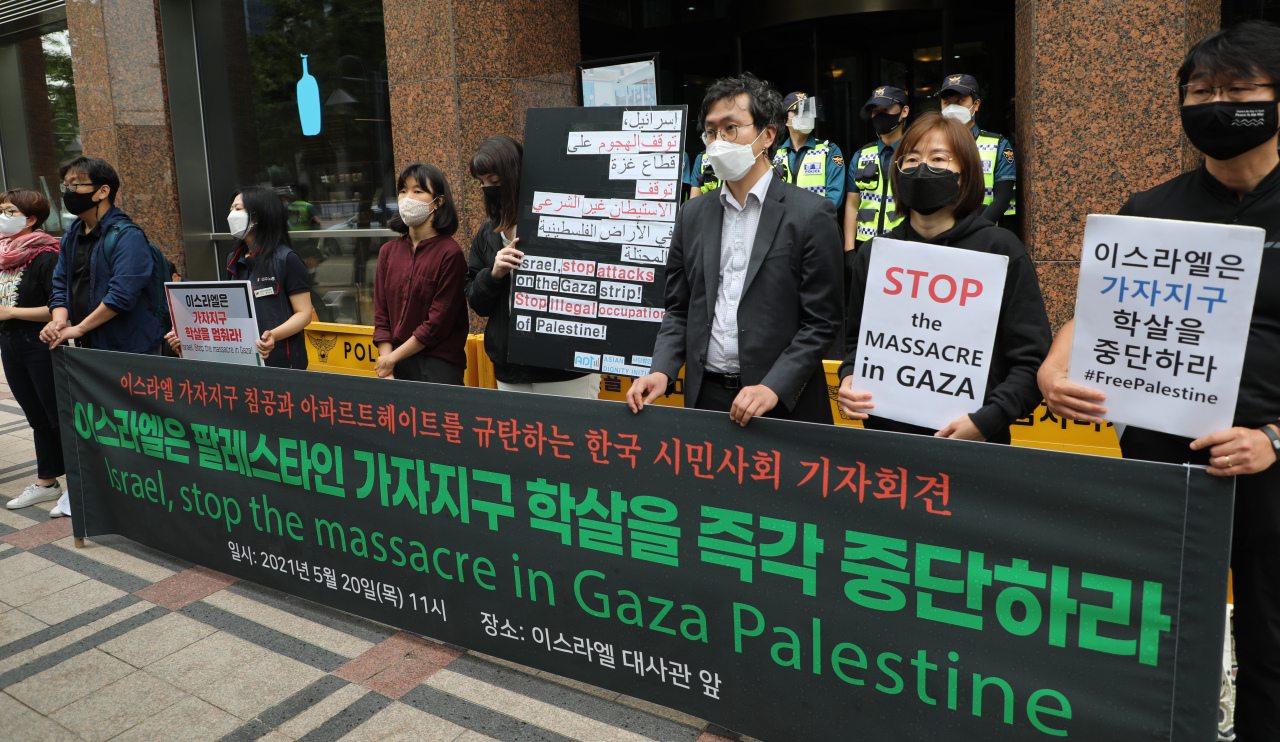 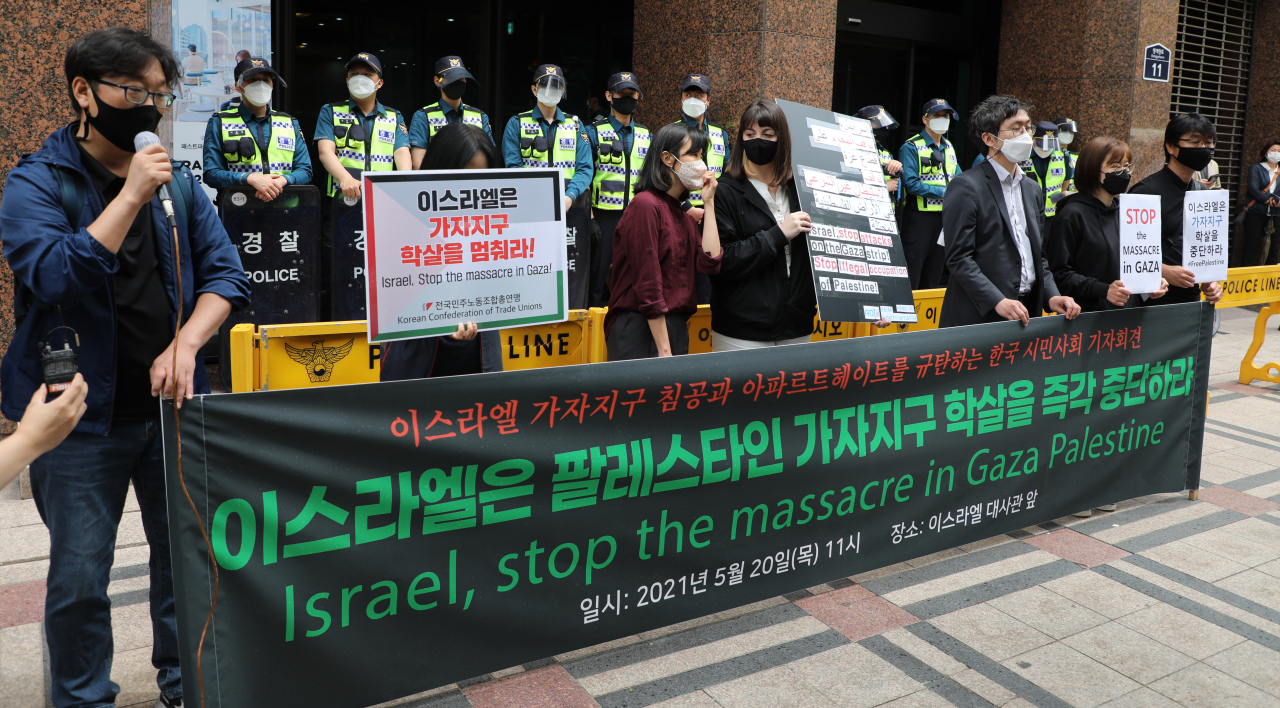 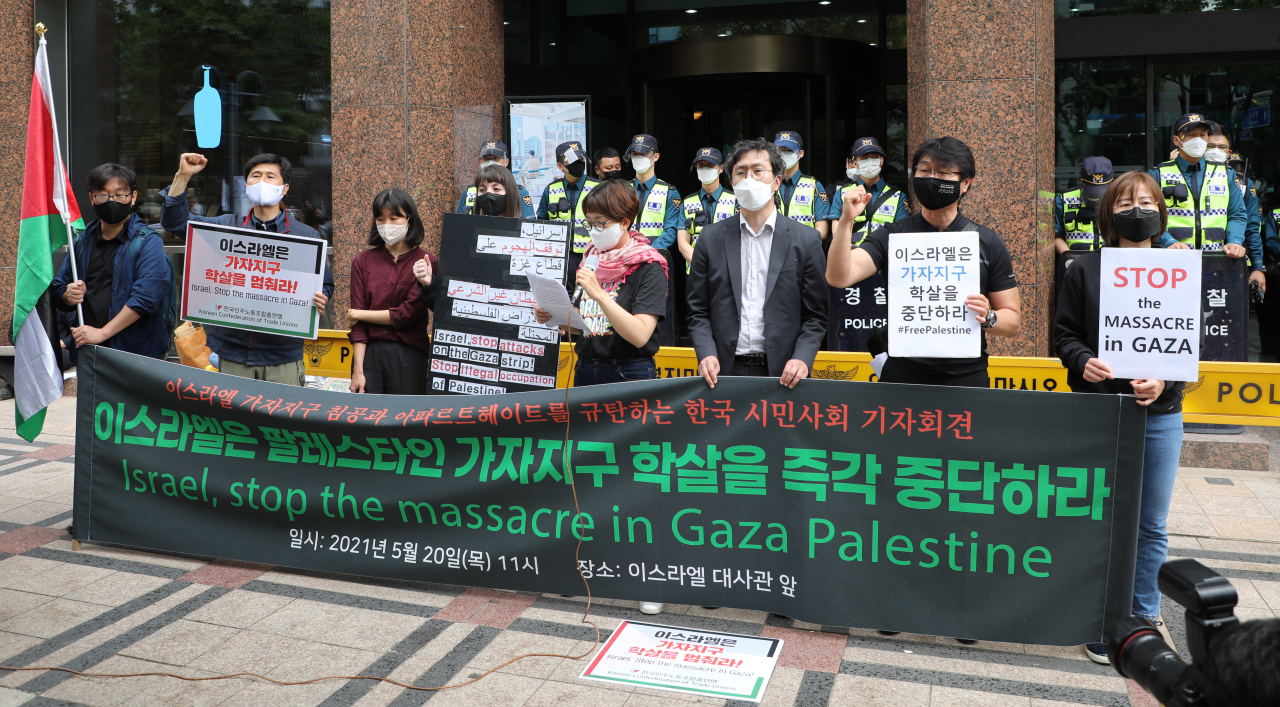 A total of 160 South Korean civic groups, including People‘s Solidarity for Participatory Democracy, National Council of YMCAs of Korea, and Palestine Peace & Solidarity, hold a protest rally against Israel’s bombing of Gaza in front of the Israeli Embassy in Jongro, central Seoul. 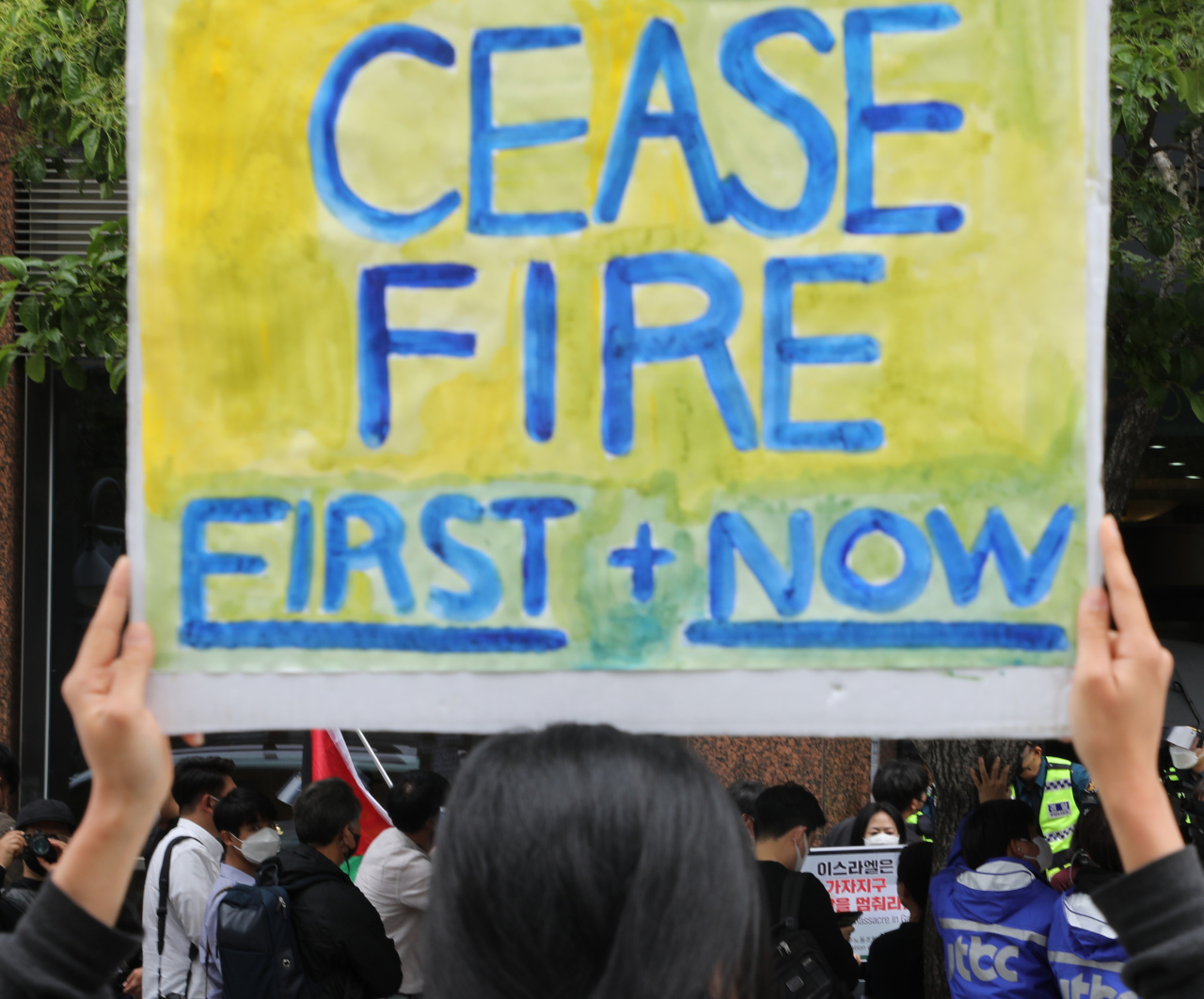 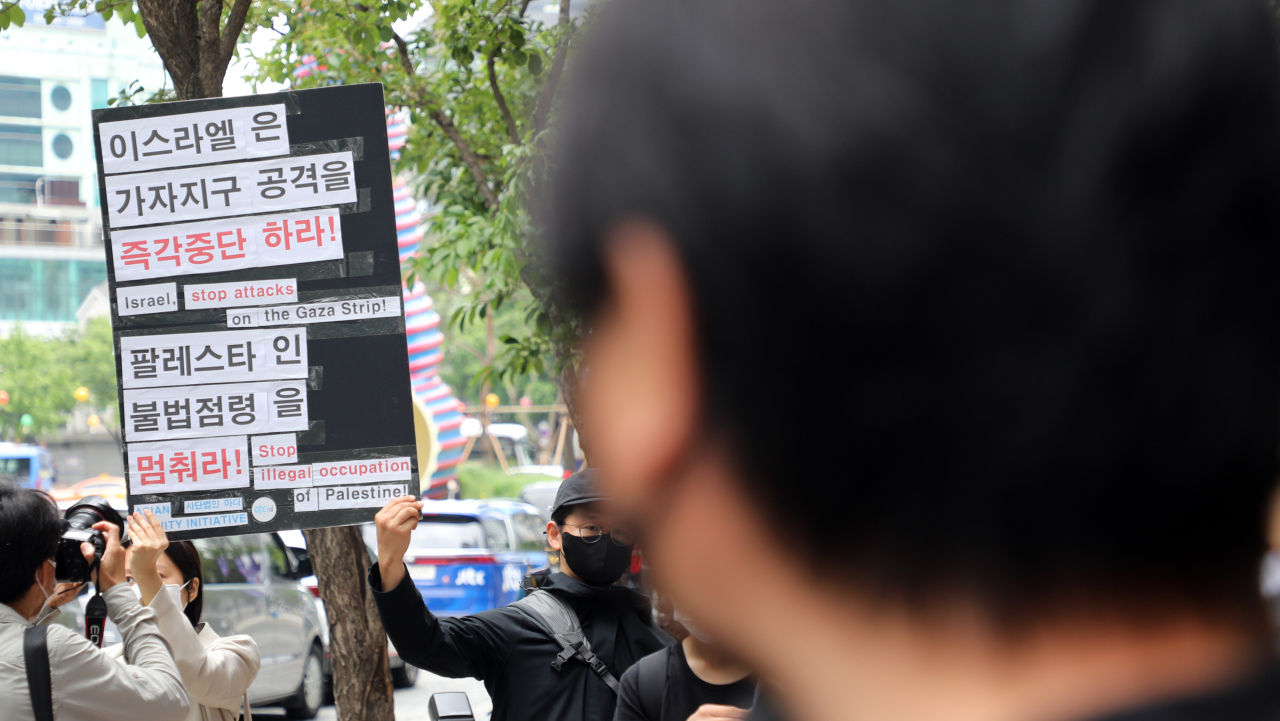 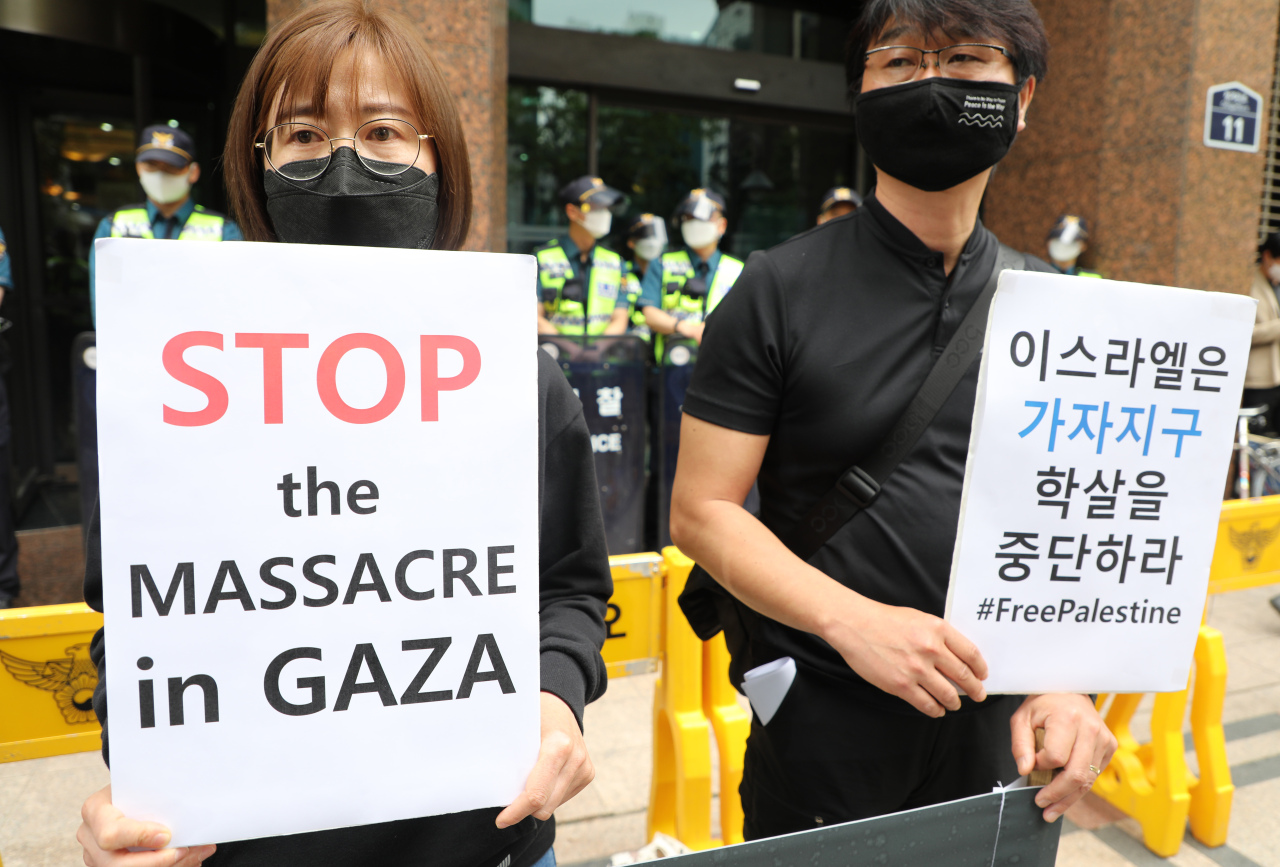 Members of the civic groups hold up banners with messages denouncing Israel’s use of bombs and asking for the violence to stop, such as “Cease fire first and now” and “#FreePalestine.” 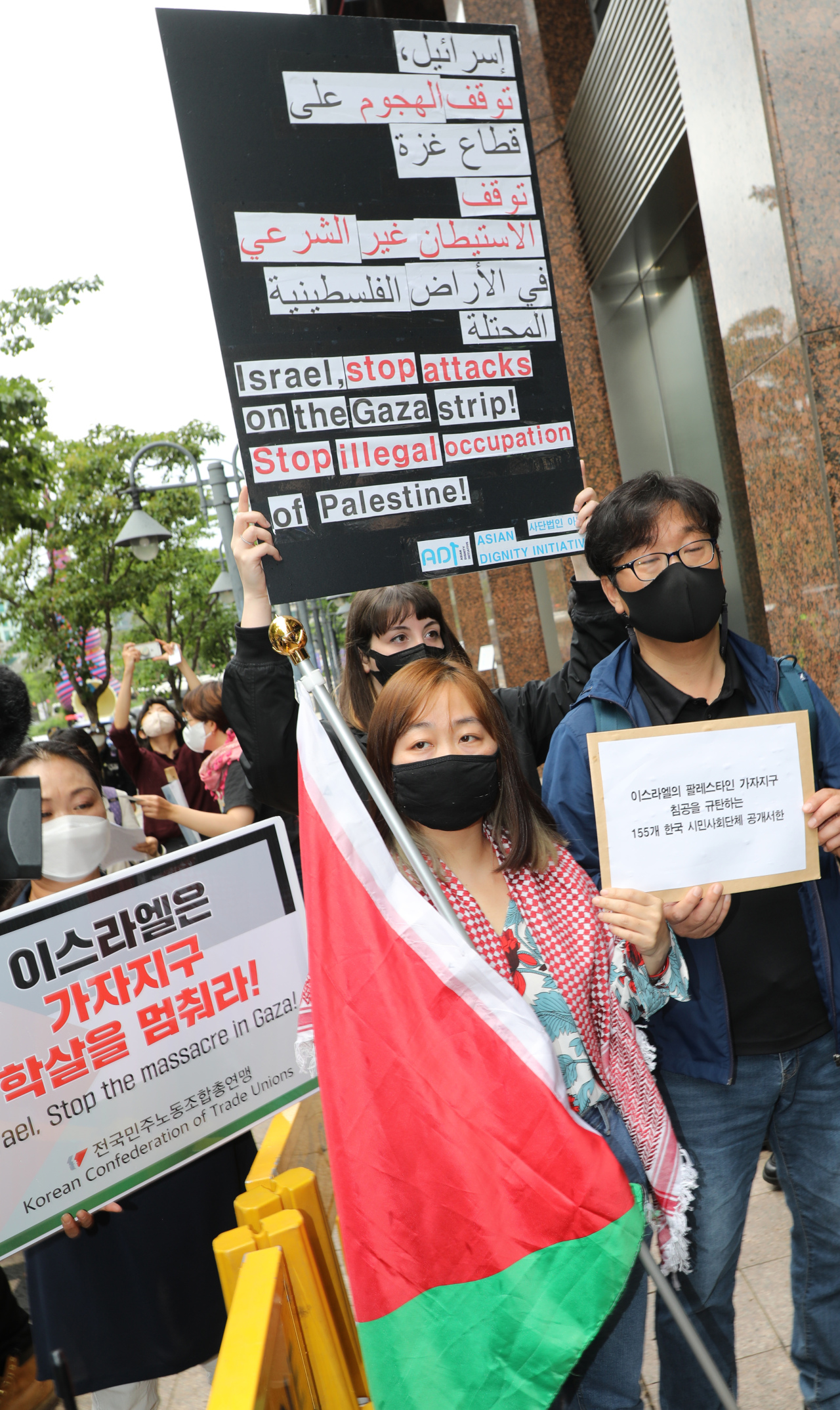 Members of the civic groups deliver a letter of protest after holding a press conference in front of the Israeli Embassy in Jongro, central Seoul.