Circa’s project, which is taking place in London, New York, Los Angeles, Tokyo and Seoul, will show the same work throughout this month, every day at the same time. The featured artist will change every month.

Hwasun L. Barakat, director of Barakat Contemporary, was behind the decision to bring Circa’s project to South Korea. When she was asked whether Seoul would be interested in taking part, she accepted without hesitation.

"I thought It was a really important opportunity for Korea’s art to stand shoulder to shoulder with London and New York. It was meaningful to take part in the simultaneous project with them,” the director said during an interview with The Korea Herald at Barakat Seoul last Thursday.


The global project was initiated by Artistic Director Josef O’Connor in collaboration with art institutes in London. The aim is to provide the public a chance to appreciate art in an outdoor space using commercial billboards when museums around the world are shut down due to the pandemic.

When she accepted the offer to join the project, she suggested a Korean artist should be featured. Barakat is currently collaborating with the Seoul Museum of Art to select a South Korean artist whose work will be presented in August in the five participating cities. The final candidate is scheduled to be announced in June.

“I know there are so many talented artists in Korea, and I always agonize over how I can introduce those artists to the international scene with good support. I think participating in Circa’s project will be a good start for them,” the director said.

After joining Barakat Gallery -- a gallery with 150 years of experience handling ancient artifacts -- Barakat pushed for the opening of Barakat Seoul and Barakat Contemporary in 2016, grasping the potential of the fast-growing Korean art market. Seoul was the first city to open Barakat Contemporary, led by the director.

Barakat Contemporary in the US is scheduled to open in the next five years, presenting a variety of non-Western artists, including those from Korea.

“Contemporary art is quite popular in South Korea compared to ancient or modern art. I thought presenting a variety of art encompassing different eras from ancient to contemporary art will help people expand their perspectives in art. It’s hard work, but we will keep trying,” she said on launching the two venues in Seoul.

Barakat Contemporary is currently running the exhibition “Garden of Delete,” British sculptor Michael Dean’s first solo exhibition in Seoul. The exhibition went viral among young people, who visit to see the works in person and upload photographs of them on social media. 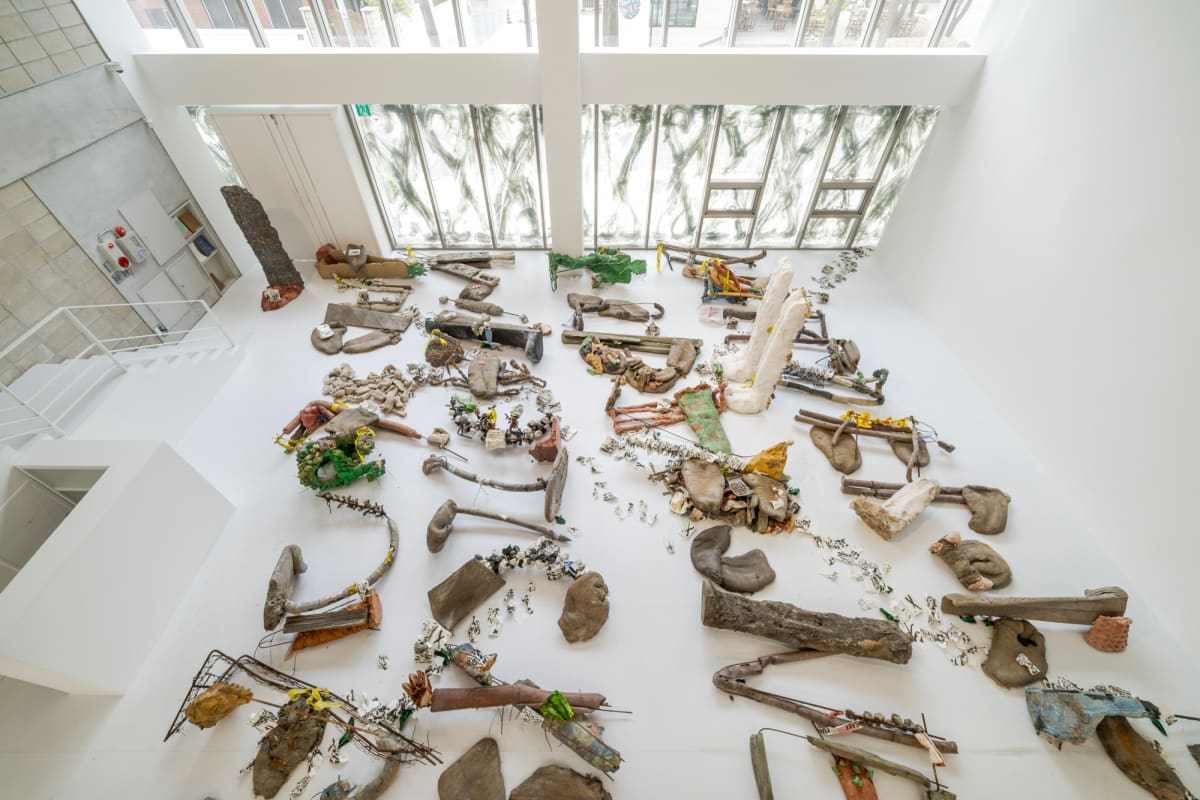 "Garden of Delete,” British sculptor Michael Dean’s first solo exhibition in Seoul, is on display at Barakat Contemporary. (Barakat Contemporary)
"The Game of Heh: Barakat Egyptian Treasures” opened at Barakat Seoul on Tuesday, offering visitors an opportunity to appreciate Egyptian antiques as if they are playing a game.

“Koreans are fast and flexible in terms of accepting art. Particularly the young generations, they absorb art really fast,” she said.

The director said the time is ripe for Korea to become a hub in the Asian art market and that the country is ready to host more international art fairs and international galleries, given the flexible audience and trend-sensitive market.

“When asked about his impression about the Korean art market, artistic director Josef O’Connor said, ‘Korea is a culturally dynamic and important capital for art and also moving image,’” she recalled. “I think Korea is well-prepared to lead the art industry in Asia, and Korean collectors with their eclectic tastes have become powerful. While collecting art was considered an exclusive culture for particular people, now it (collecting art) has become prevalent.

“There are also many insightful and talented curators who have the ability to contribute to world-renowned museums, to represent and research about Korean art,” she added.