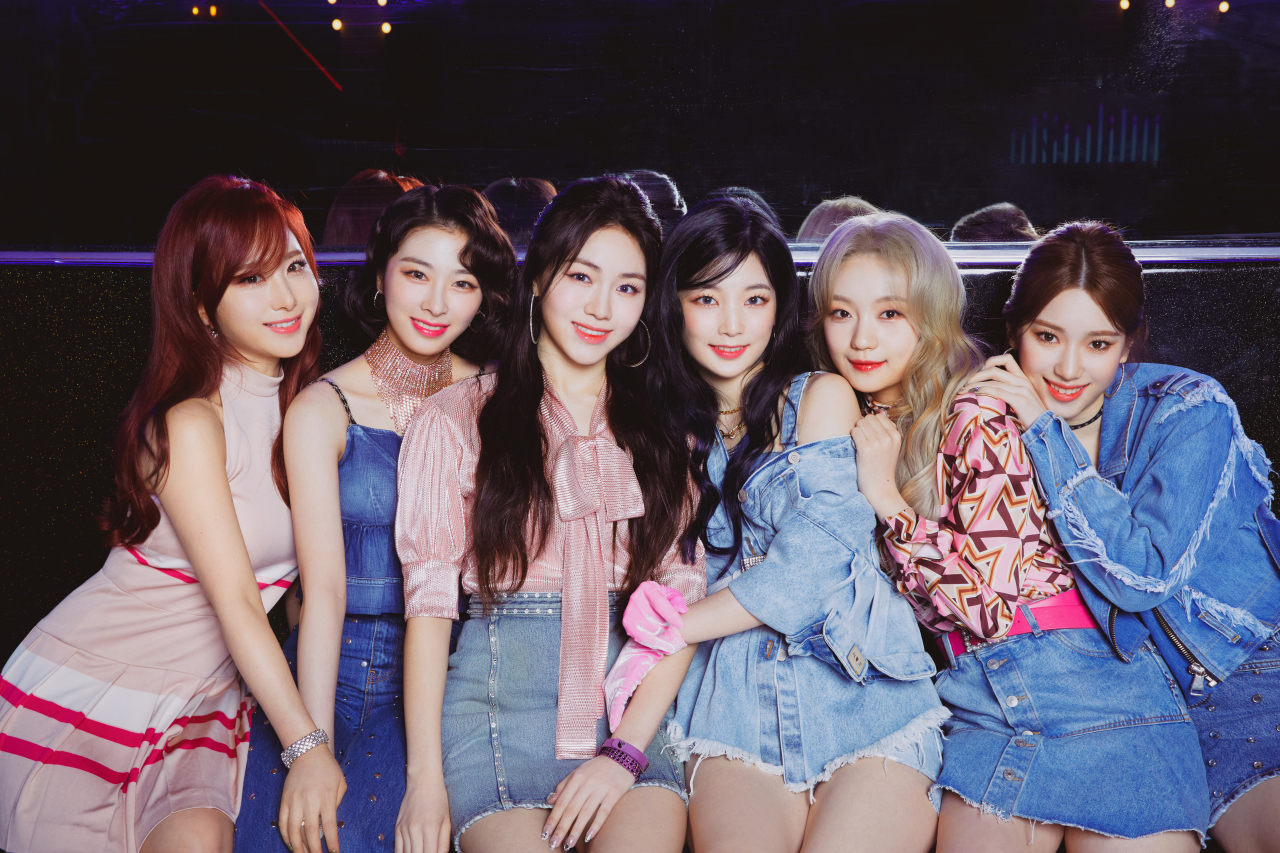 Eight months after the six-piece group released its third mini-album, “Blue Punch,” it held a press conference in Seoul on Monday ahead of the new album’s release at 6 p.m. that day.

The album is part of the “newtro” trend that continues to sweep the nation, the music scene being no exception. (The word is a combination of “new” and “retro.”)

Leading the three-track set is the synthwave title track, which incorporates a 1980s synth pop style into witty love lyrics about a daring heart.

“Since none of us ever experienced the 1980s, we referred to songs and videos from the period and also movies and drama series portraying what it was like back then,” Yunkyung said during Monday’s event, explaining the perspective of the six band members, who range in age from their late teens to their early 20s.

According to Japanese member Juri, she was “excited yet nervous” about the new music, whereas Suyun said “the song sounded fresh” to her ears when she first heard it and recalled thinking “we’d be able to showcase an original song through Rocket Punch’s own interpretation and depiction of the sound.”

Also on the album is “I Want U Bad,” a hip-hop-based tune with a dreamlike vibe about a girl waiting for her departed lover. The last track, “Ride,” is a retro-pop song with a coming-of-age theme, about a journey to awaken one’s potential.

During the media event, the six performers danced to “Ring Ring” and “Ride,” exuding vibrant energy as they got ready to blow away the looming summer heat.

The multinational group, comprising one Japanese member and five Korean members, made its debut in August 2019 with EP “Pink Punch” led by “Bim Bam Bum.” The group had a busy year in 2020, dropping two EPs, “Red Punch” and “Blue Punch” -- which, together with the debut album, form a color-themed trilogy.

“Ring Ring” marks the end of an eight-month hiatus, the longest break the musicians have taken since their debut.

“We spent the past eight months training hard and communicating with our fans while at the same time spending some personal hours together to strengthen our teamwork,” Yunkyung said.

Band leader Yeonhee said of the new album, “It shows much of our unique colors and energy. We hope listeners look out for how we have interpreted the (newtro) genre in our own style.”

The flashy 1980s visuals in the “Ring Ring” music video are the cherry on top, the members explained. “To match the fast tempo and cheerful energy of the song, we put on ornate hair styles and makeup,” Sohee said, adding that they’d studied the American fashions of the 1980s.

Closing the event, Dahyun said, “‘Ring Ring’ marks a new challenge for Rocket Punch. We’ve made new attempts not only in terms of the concept, but in many other ways too. Please look forward to what more we have ready to show.”