By Park Yuna
Published : May 17, 2021 - 16:15       Updated : May 18, 2021 - 18:05
Water gently swirls on a round-shaped sculpture topped with a magnetic stirrer. Staring at the swirling water, one may find himself falling into contemplation. The exhibition “Reflection” offers viewers a time to reflect on themselves and find tranquility in the pandemic times.

The exhibition “Reflection,” focusing on the philosophy of Buddhism in commemoration of Buddha’s birthday on Wednesday, is being held at K.O.N.G. Gallery in central Seoul. It is the last among a series of special exhibitions curated under the theme of the pandemic since early 2020. 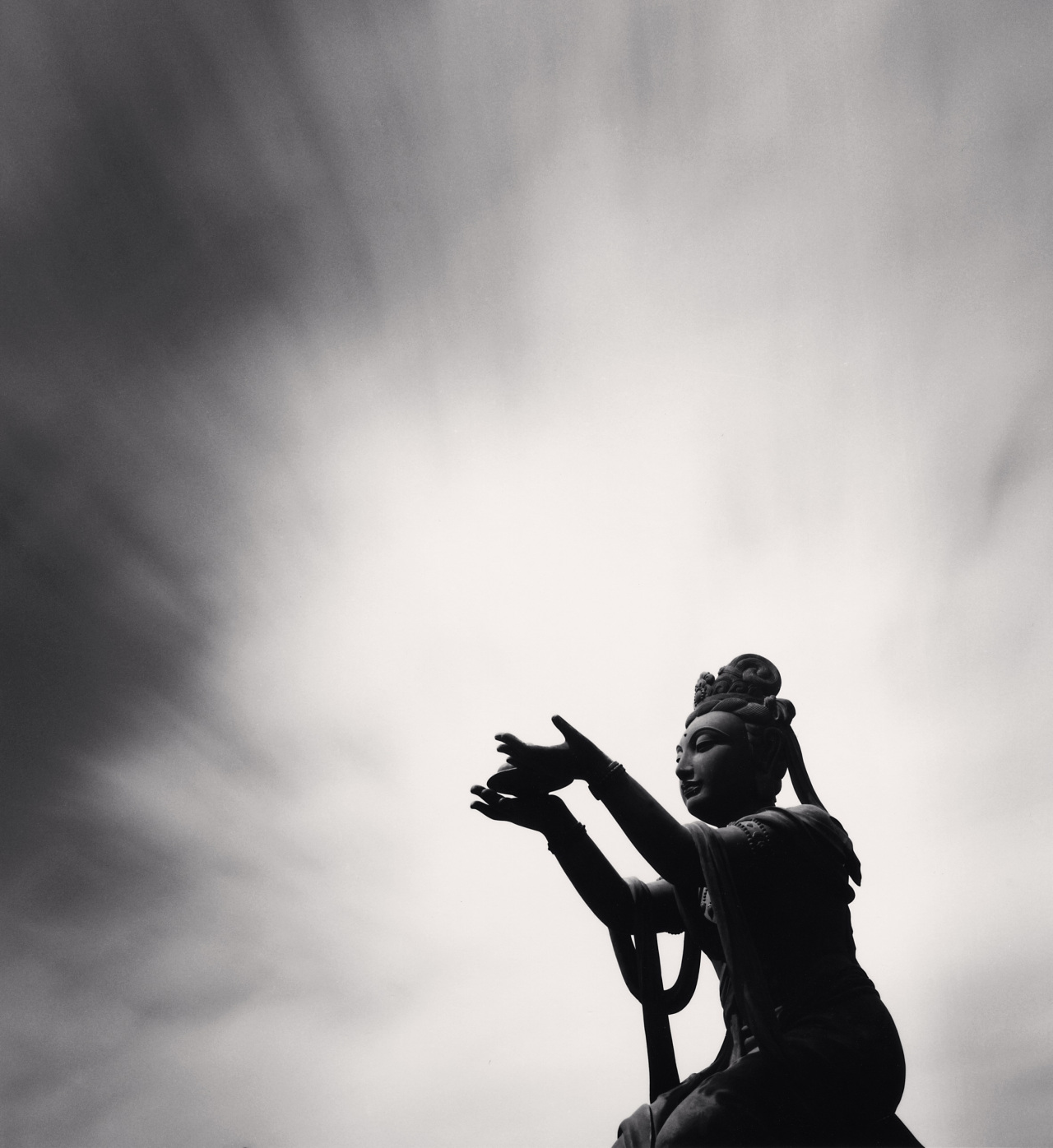 “Michael Kenna is a globally renowned photographer for the black-and-white photographs of his own (style),” K.O.N.G Gallery Director Gong Geun-hye told The Korea Herald. “These photographs were to have been shown at the Guimet National Museum of Asian Arts in Paris in April, but the exhibition was postponed to October. So we are able to present the works in Seoul in advance.“

Kenna is well known in South Korea for his famous black-and-white photograph “Pine Trees” which was at the center of attention in 2014 when he claimed that Korean Air used an almost identical image of his work for the company’s TV commercial. K.O.N.G Gallery lost the copyright lawsuit it filed against Korean Air.

At the center of the current exhibition is “A Thinking Buddha” by Kim which shows a bronze Buddha statue that appears to convey a variety of different feelings. The statute sits on moss covered red bricks.

The gallery offers a virtual tour of the exhibition on its website, www.konggallery.com. The exhibition runs through May 23 at K.O.N.G Gallery in Jongno-gu, central Seoul.