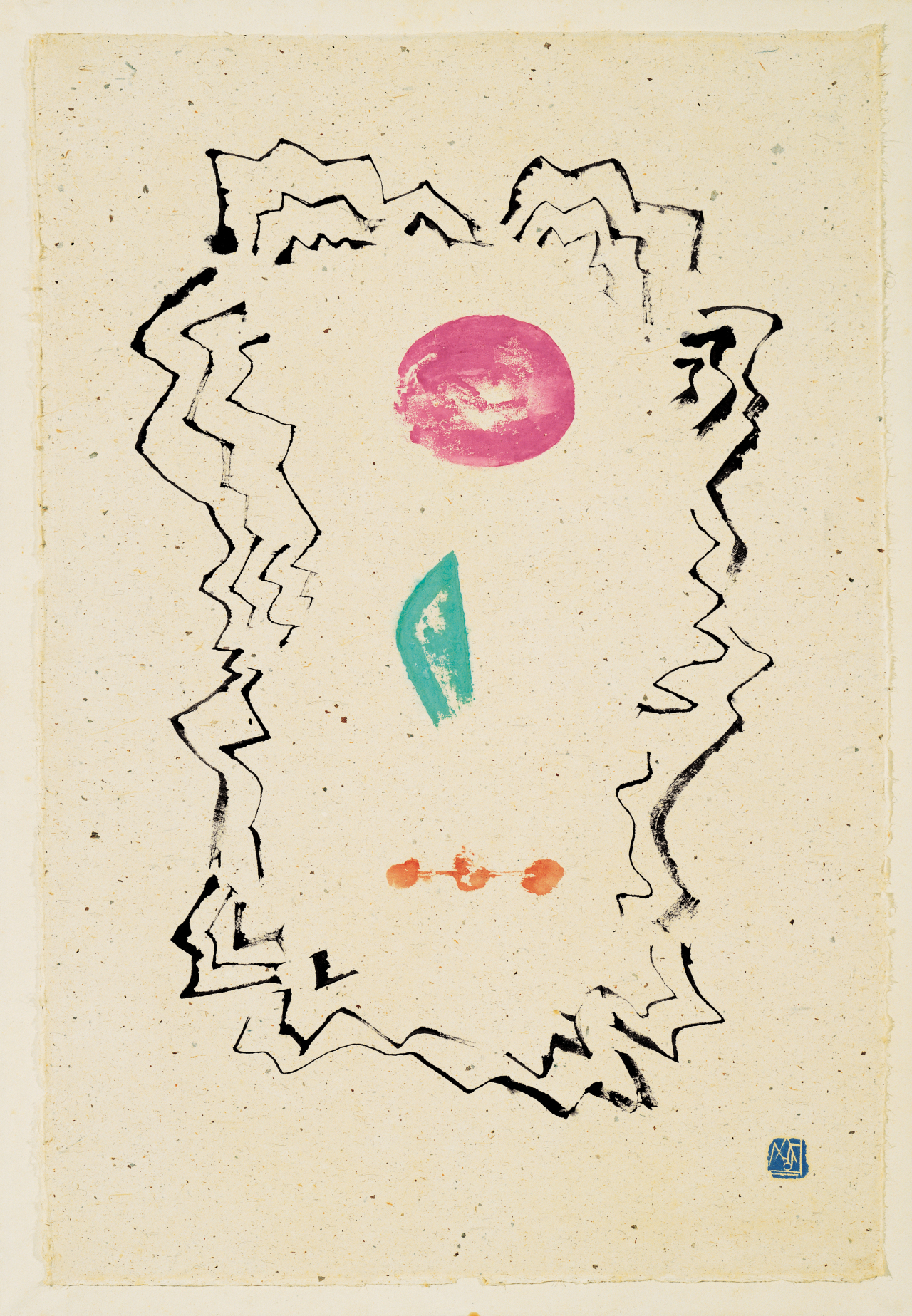 "Long life” by Suh Se-ok (Seongbuk Museum of Art)
A majority of the collection by Korean abstract art master, the late Suh Se-ok has been donated to Seongbuk-gu, northern Seoul where the artist lived for 60 years.

Suh’s family donated a total of 3,290 artworks, including the artist’s works and those he collected throughout his life. The donation was made without any condition, according to the Seongbuk Museum of Art.

The donated works will be stored at the Seongbuk Museum of Art until a museum dedicated to the artist is established.

"It is an exceptional case that a majority of an artist’s collection is donated to one place. We are planning to establish a museum dedicated to the artist in Seongbuk-gu to house his works. We are discussing the details,” said Kim Bo-ra, director at Seongbuk Museum of Art. “The collection includes Suh’s seal carvings, which is meaningful because it is not widely known that Suh created seal carvings along with abstract paintings.”

Among the donated works, 2,300 are Suh’s abstract paintings, drawings and seal carvings, which encompass the artist’s art world.

The other 990 donations are part of Suh’s collection of artworks that are valuable in Korean art history. Suh had collected work by literati masterpieces by Korean landscape painter Jeong Seon (1676-1759) and scholar and calligrapher Kim Jeong-hui (1786-1856).

The Seongbuk Museum of Art will host a special exhibition in November to present some of the collection to commemorate the first anniversary of the artist’s death.

Born in 1929 in Daegu as the son of an independence activist who fought against colonialism during the Japanese colonial era (1910-1945), Suh graduated from the oriental painting department of Seoul National University in 1950 and taught at the university for decades as a professor. Suh is also known by his pseudonym, Sanjeong.

Suh pioneered Korean abstract art delving into the concept of a line and dot to explore the origins of Korean art. His works are influenced by the concept of literati painting, a scholarly painting that flourished in the Joseon era.

He especially strived to create his own art after the country was liberated in 1945, overcoming the modern art trend in Korea that was heavily influenced by Japan. He chose traditional mulberry paper, ink and brushes for his work.

While living in the Seongbuk-gu area, he helped establish the Seonbuk Museum of Art in 2009 and worked as an honorary director of the museum.

Suh is the father of Suh Do-ho, a globally renowned sculptor and installation artist whose work includes reinterpreting Korea’s traditional houses or hanok, exploring the concept of home and space.

Meanwhile, the family also donated some of Suh’s works to the National Museum of Modern and Contemporary Art, where the artist had donated 100 of his works in 2014, and Daegu Art Museum, a public museum located in Suh’s hometown.