[Feature] Cities, museums all want a piece of the pie 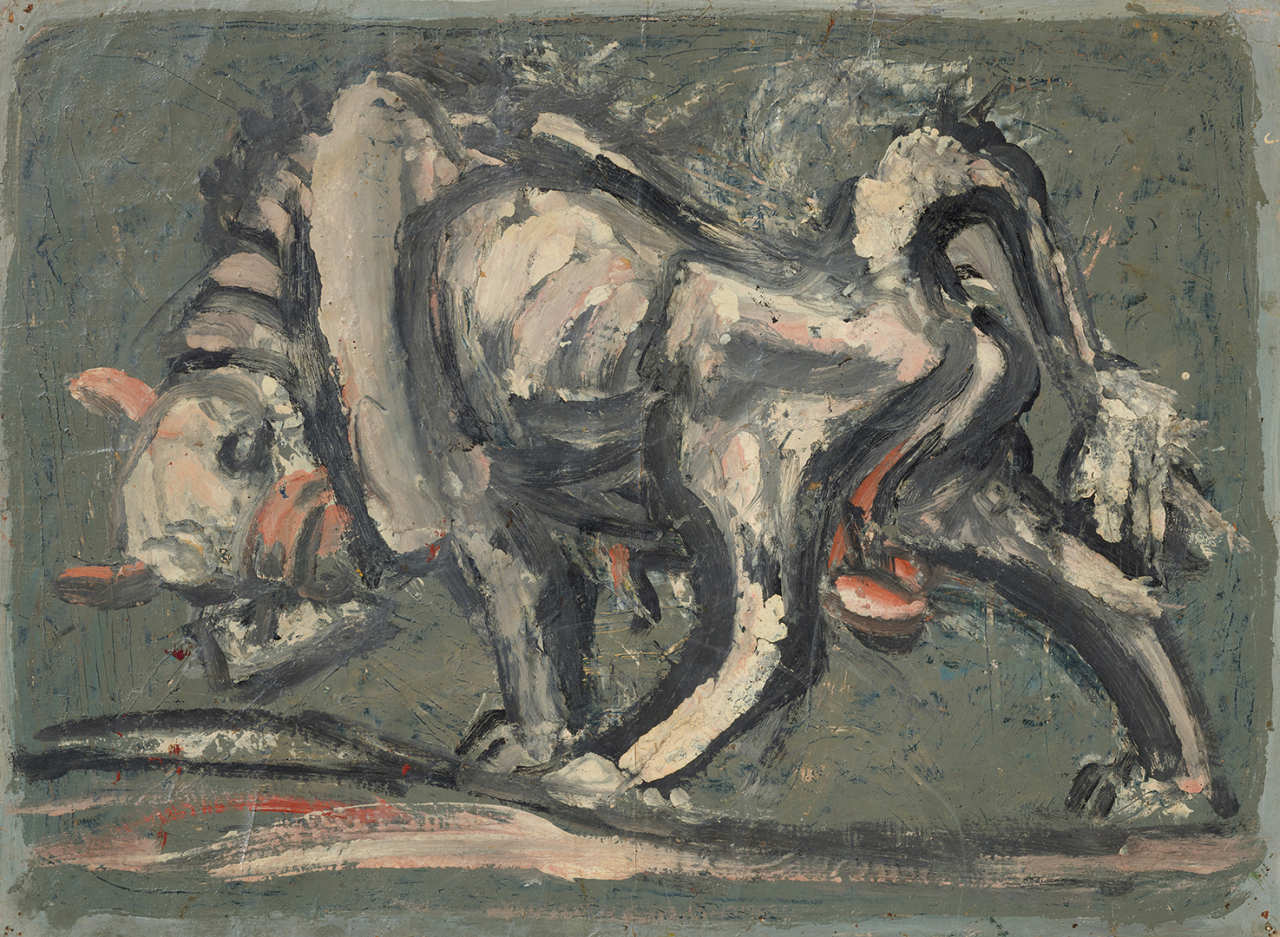 "White Ox” by Lee Jung-seop (MMCA)
While a large part of the late Samsung Group Chairman Lee Kun-hee’s personal art collection has arrived at the National Museum of Modern and Contemporary Art, Korea and National Museum of Korea, the collection’s final destination remains up in the air.

The major problem is the capacity to hold the record-breaking donation by Lee. The MMCA, which was given 1,488 artworks, most of them Korean modern art, admitted that the museum is running out of space at its storage facilities in Seoul, Gwacheon, Gyeonggi Province, and Cheongju, North Chungcheong Province, with the flood of donated works.

All of Lee’s collection donated to the MMCA are currently stored at the Gwacheon storage facility, according to the museum.

“The museum’s storage is now nearly 95 percent filled, which means there is really not enough space. We are talking with the government divisions in charge of the issue to secure more storage spaces,” said an MMCA official.

Hwang Hee, minister of culture, sports and tourism, said at a press briefing on the Lee collection last month that a discussion on securing more space to house the artworks should be made since more donations could come.

A few days later, President Moon Jae-in also called for coming up with ways to manage the collection, which led to rumors that a museum dedicated to the Lee collection would be established. However, a Culture Ministry official denied news reports on the possibility of a new museum saying, “Building a museum dedicated to a donator is not under consideration yet.”

As the issue began to surface, cities and legislators have begun to clamor to build a museum for the donated artworks in their regions, each with their own reasons.

“Although President Moon did not specify details about building a museum for Lee’s collection, we have interpreted his words in that way. We are persuading the Ministry of Culture, Sports and Tourism to build a museum in Suwon dedicated to the donated works, as well as Samsung’s futuristic technology exhibition hall to create a synergy,” said Moon Kyung-sik, secretary to Democratic Party of Korea’s Kim Seung-won who represents Suwon, Gyeonggi Province.

“Suwon is particularly meaningful as Lee’s grave site is located in the city. If decided, we will draw up a major plan within this year,” he added.

The competition to build a museum is spreading across the country. Busan, Yeosu in South Jeolla Province, Daegu, Daejeon and Yongin, Gyeonggi Province, have joined the fray, all claiming special ties to Samsung.

“There are already many museums in Seoul. It’s fair to build a museum in southern region. Chairman Lee Kun-hee was also born in Busan,” Busan mayor Park Heong-joon posted on Facebook on May 2.

Although cities expect many advantages from having a museum dedicated to Lee‘s collection, such as Samsung providing follow-up funding, the bereaved family’s willingness is the most critical factor, a source who is familiar with the issue told The Korea Herald.

“(The competition among cities) was really surprising. It was something that we never expected,” said an official from the Samsung Foundation of Culture that runs the Leeum Museum of Art and Ho-Am Art Museum.

"Paradise" by Baik Nam-soon (MMCA)
A museum for modern art

Lee’s donation has also fueled arguments for establishing a modern art museum, an issue that has long been discussed in the local art world.

Of the 1,488 modern and contemporary artworks donated to the MMCA, 58 percent are works by Korean modern artists, including Kim Whan-ki, Park Soo-keun, Yoo Young-kuk and Lee Jung-seop.

Before Lee’s donation, the museum only held 960 works created in the 1950s and before which are categorized as modern art.

“The significance of the collection is a huge leap in modern art collection,” said an official from the MMCA. The museum will strengthen its modern art research staff.

Some 100 people in the art world have formed a committee to raise awareness on the need for a modern art museum. The committee consists of art critics, former national museum and government officials as well as renowned artists including Park Seo-bo and Han Man-young.

“Korean modern art has been neglected compared to contemporary art and ancient art. There is a tendency among Korean people to view modern history as something we want to hide away due to the Japanese imperialism,” said Choi Youl, an art historian, who is a member of the committee.

“Now the time is ripe to push the plan. Many countries, such as France, UK and Japan, have museums dedicated to modern art,” he said.

The committee will host an open seminar in May to discuss the possible location of the museum in Seoul, inviting architects to seek a possible design.

Chung Joon-mo, a former chief curator at the MMCA who is part of the committee, said a museum dedicated to the entirety of Lee’s collection does not make sense.

“That would be like attempting to manage all seafood, from dried fish to freshly caught fish,” he said. “Lee’s collection spans a vast period – over 25,000 years, from ancient to contemporary art. It will require a really large-scale museum. The number of artworks is not the problem. The thing is the vastness of the timespan covered by the Lee collection.”

The MMCA will start showcasing the donated works in August at MMCA Seoul.