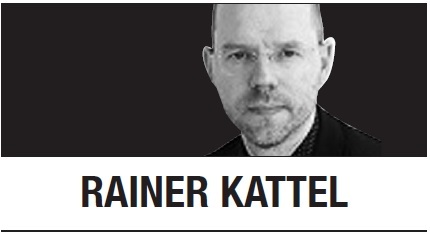 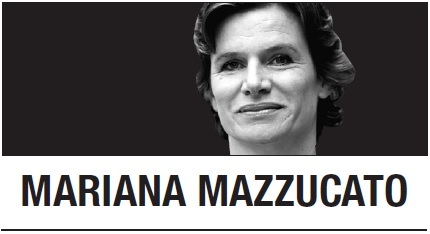 Responding to the climate emergency is a challenge for everyone, but particularly for countries that are economically reliant on petroleum extraction or production. Decarbonization has created an opportunity for many countries to pursue a green industrial revolution. But as more countries embrace this route to future prosperity, the value of fossil fuel assets, technologies and capabilities will diminish, threatening jobs, export revenues and industrial innovation in petroleum-dominated economies.

Among these economies, Norway, the world’s third-largest natural gas exporter, faces a unique challenge. But, while Norway’s industrial structure and investments are heavily tied to carbon-based industries and services, the country’s domestic energy comes almost entirely from renewable resources (hydropower). The Norwegian economy thus would be ripe for a green industrial transition, except that falling global demand for fossil fuels will hamper its main growth engine.

Norway’s carbon “lock-in” is a symptom of Dutch disease -- the problem of one dominant sector’s success coming at the expense of most other sectors. Since hydrocarbon investments dwarf investments in other industries, the fossil fuel sector attracts the most high-skilled talent. At the same time, the oil and gas sector’s extraordinary profitability has inflated price and wage growth in the rest of the economy, creating difficulties for other exporters.

As a result, Norway has been one of the OECD’s biggest losers of overall international market shares in non-energy export markets since the late 1990s. Its non-oil trade deficit has grown consistently over the last decade.

Making matters worse, a recent report from Statistics Norway projects that investments in Norway’s energy sector will dwindle over the next decade.

Clearly, Norway needs a new industrial strategy. In a recent report, we outline how it could use the technical and financial resources of its petroleum sector to become a “green giant.” But phasing out petroleum extraction and moving in a greener direction won’t happen on its own. The challenge calls for bold but carefully calibrated public sector action. The government cannot micromanage the process, because that would stifle innovation.

Instead, the government should set a clear direction by making early-stage high-risk investments that will later draw in private actors. In Norway’s case, a green industrial strategy should direct the country’s considerable state-owned financial resources toward investments in a new domestic industrial base centered on green energy technologies.

For starters, Norway has yet to channel the resources of the world’s largest sovereign wealth fund toward the green transition. To the contrary, Norway’s Statens Pensjonsfond Utland is one of the largest investors in some of the world’s most devastating fossil fuel projects currently being planned or already under development. A recent report warns that 12 of these projects alone would use up three-quarters of the world’s remaining carbon budget, making it exceedingly difficult to limit global warming to 1.5 degrees Celsius.

The pension fund currently operates under fiscal rules mandating that its petroleum revenues be transferred into an oil fund and invested abroad. The proceeds are then phased into the domestic economy at an annual average rate of 3 percent of the fund’s holdings.

This policy invention has proved effective at limiting the inflationary pressure from oil extraction while providing the government with an extra source of revenue. But what Norway needs now is patient long-term finance to support economic diversification. Because the current fiscal framework allows for large public investments to be kept outside the normal government budget, it is exacerbating the country’s Dutch disease by creating a petroleum-determined path dependency.

It doesn’t have to be this way. The pension fund could be transformed into a powerful mission-oriented investor with both a domestic and global presence. Rather than using petroleum revenues to recapitalize the oil fund, this cash flow could be directed into a new public Green Investment Bank, whose work could be coordinated with that of other public funds and agencies working on the green transition.

Norway’s national innovation system is characterized by a significant share of public ownership. Notably, the Norwegian state owns 67 percent of the Norwegian petroleum industry’s flagship company, Equinor. But while Norwegian state-owned companies once played a key role in creating the industrial ecosystem for petroleum production, they have failed to step back into this role to lead the green transition. Rather than reinvesting its earnings in renewable energy, Equinor announced in 2019 that it would spend $5 billion by 2022 buying back its own shares.

The COVID-19 shock has demonstrated the risks associated with depending too much on volatile energy markets. While the Danish energy giant Orsted has shrugged off the pandemic and continued its decade-old shift to renewables, Equinor has had to cut dividends and take on more debt to keep its commitment to shareholders in the face of insufficient revenues.

Like its peer in Denmark, Equinor should become a mission-oriented energy giant. That means removing the pressure on its management to distribute earnings among shareholders by restoring its status as a fully state-owned company focused on the country’s economic future.