Some 85,000 people visited Korea’s largest art biennale in person, according to the Gwangju Biennale Foundation.

The biennale -- which kicked off on Feb. 26 after being postponed twice -- was held under the theme of “Mind Rising, Spirits Tuning.” Featuring 69 artists and collectives from 40 countries, it was directed by artistic directors Natasha Ginwala and Defne Ayas. A total of 450 works, including 41 new commissions created for the biennale, were on display during the show.

Although the pandemic hindered plans for some offline events, including on-site performances which would have been one of the highlights, the simultaneous online offerings were still able to attract more than 165,000 online viewers as of Sunday. The exhibitions and artworks were introduced through the foundation’s website and YouTube channel throughout the biennale.

Making part of the Gwangju Biennale Exhibition Hall 1 open to the public free of charge was one of the significant changes introduced this year. The use of the ground floor as an open place was pioneered by artistic directors Ginwala and Ayas and exhibition architect Diogo Passarinho. 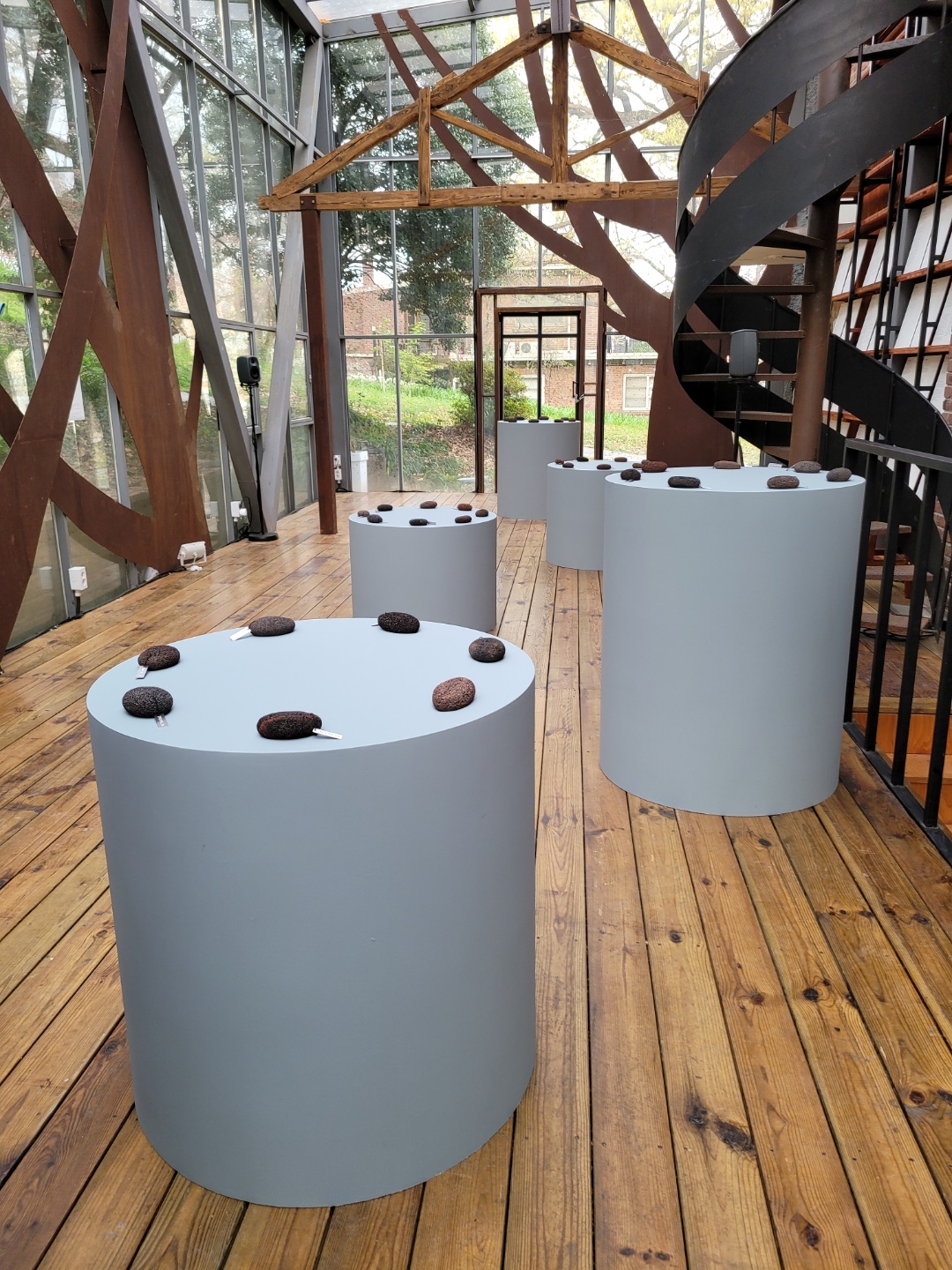 "_EQ_IQ_EQ_” by Sissel Tolaas at the Horanggasy Artpolygon (Park Yuna/The Korea Herald)
Along with the main exhibition, the biennale also featured special shows -- GB Commission, The Pavilion Project and May 18 Democratization Movement Special Exhibition MaytoDay -- in an effort to promote collaborative exhibitions with international art institutes and artists, as well as introducing local artists.

“The exhibition ‘Between the Seen and the Spoken,’ part of the GB Commission, aimed to promote Gwangju artists, giving them an opportunity to show their works if they cannot be shown at the main biennale exhibition,” Kim Sun-jung, president of the Gwangju Biennale Foundation, told The Korea Herald during an interview on the opening day, April 1.

Meanwhile, whether Kim, whose tenure as the foundation president expires in June, will stay on remains undecided. Kim assumed office in 2017.

“It has not been decided whether Kim will continue on in the position or a new president would be appointed,” said a public relations official from the Gwangju Biennale Foundation.

The closing ceremony was canceled due to the pandemic. The biennale took place across Gwangju, South Jeolla Province at the Gwangju Biennale Exhibition Hall, Gwangju National Museum, Gwangju Theater and Horanggasy Artpolygon.