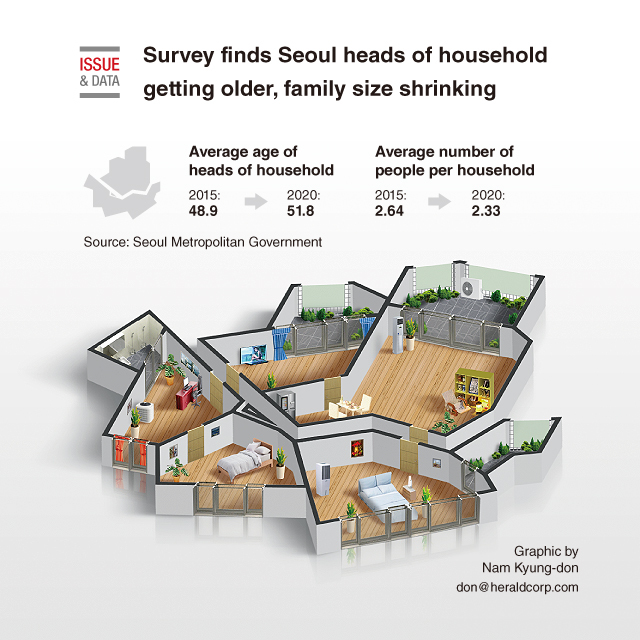 The average age of heads of household in Seoul was 51.8 last year, up 2.9 years from five years ago, a survey by the city government showed.

The annual survey of citizens‘ lives conducted from September-October also showed the average size of households shrank to 2.33 members from 2.64 in 2015.