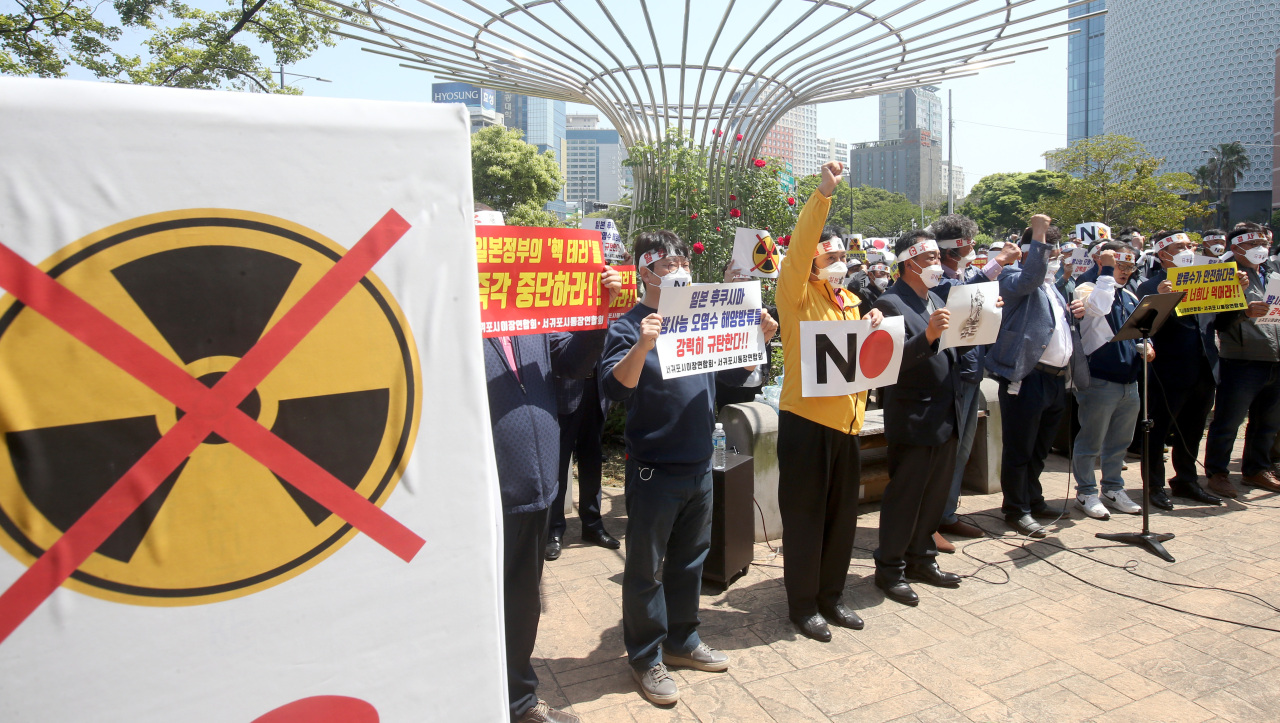 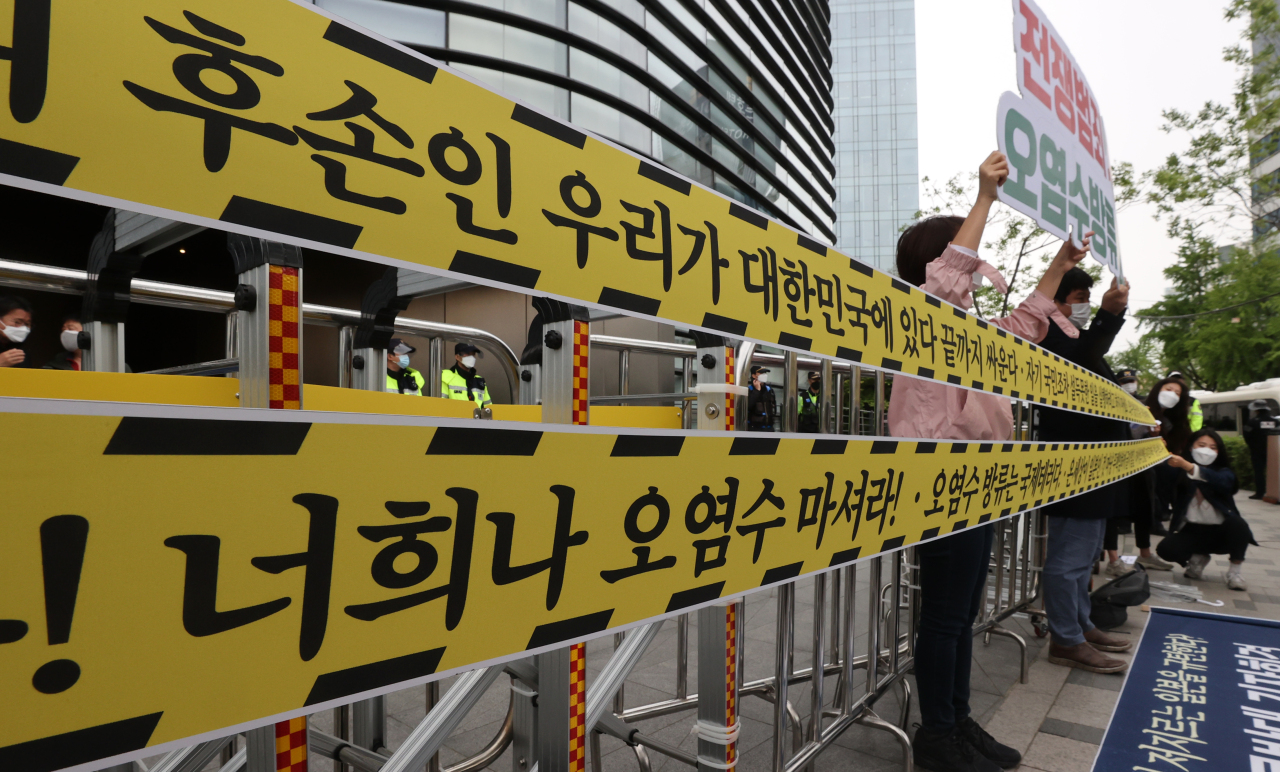 Following Japan’s announcement that it will release contaminated wastewater in the Pacific Ocean, civic groups all around the nation expressed strong concern on the decision, denouncing the action as a threat. Weeks after the initial announcement, civic groups are still acting strongly to portray their rage in petitions. 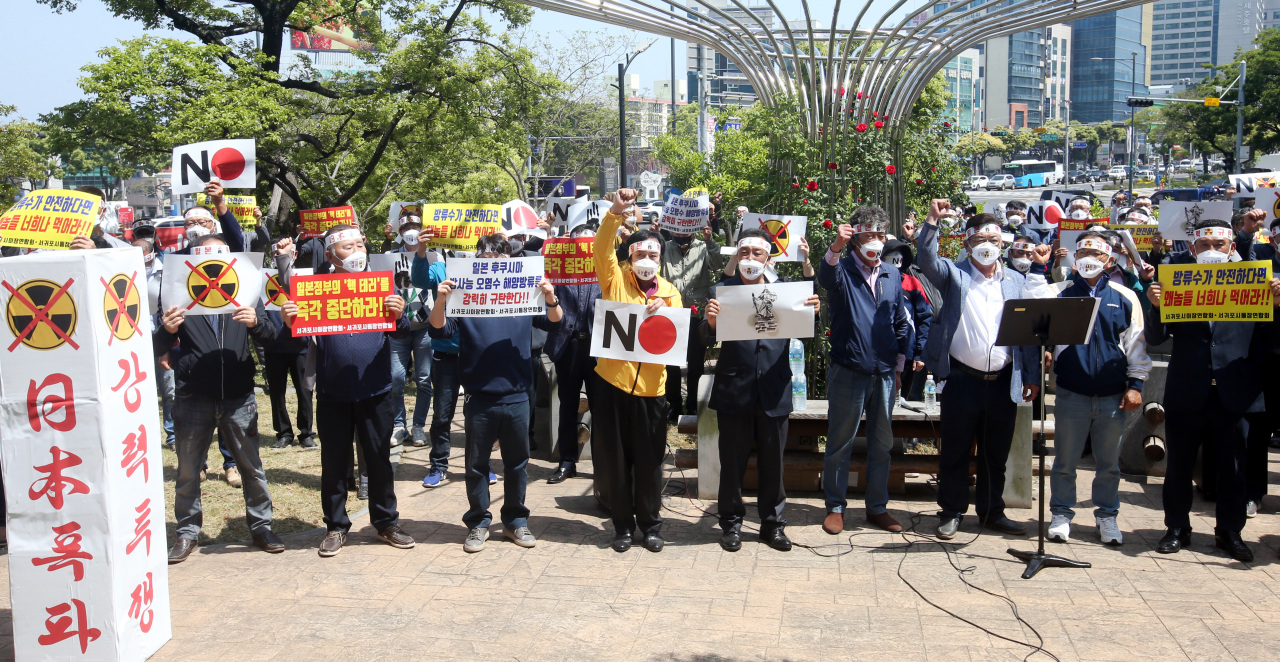 Concerns are especially high on Jeju Island, as it is the first province to be affected by the released water. In front of the Consulate General of Japan on Jeju, residents of the city of Seogwipo held a protest to strongly condemn Japan’s decision. 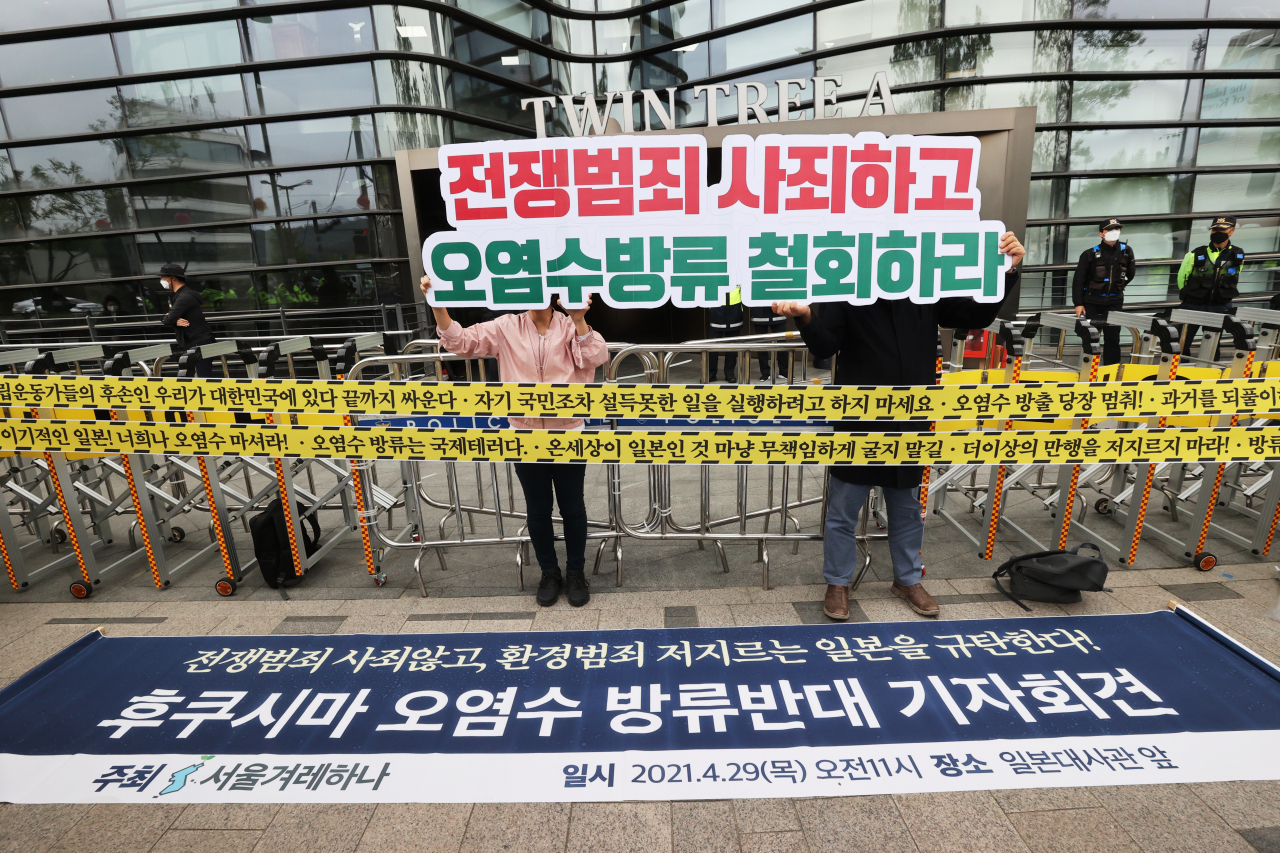 The Japanese Embassy in Seoul also has faced numerous rallies since the announcement. On Thursday, a group of protestors gathered in front of the Japanese Embassy to hold a performance defying the release of wastewater in the Pacific Ocean.