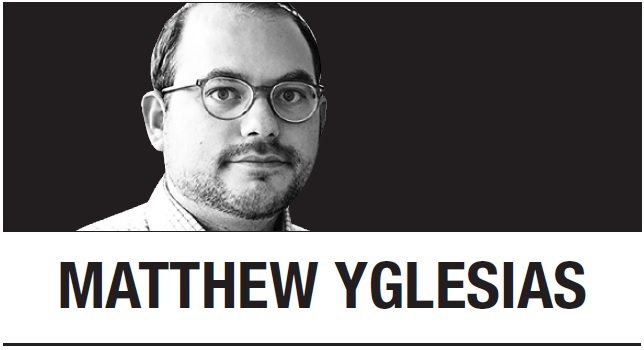 Non-pandemic health care hasn‘t been much on the agenda during President Joe Biden’s first 100 days. But reducing health care costs remains a priority for the public -- ranking ahead of addressing racism, crime, immigration or climate change.

Democrats‘ wariness of the issue is understandable. The public is passionate about health care, but also risk-averse. Three of the last four presidents (two of them Democrats) wrecked their poll numbers with efforts to enact sweeping changes to the US health insurance system. And even though Democrats are more trusted than Republicans on health care issues, the party’s leaders are wary of opening a debate in which its left wing will demand steps toward a Medicare-for-All system that makes for an appealing slogan but requires politically toxic middle-class tax hikes.

There is a better approach: Call it supply-side economics, but for health care. Focus less on the way insurance works than on expanding care to increase competition and reduce prices.

To cope with the pandemic, federal, state and local governments have already taken dramatic steps, such as setting up mass vaccination centers. They are not just paying for care, they are providing it.

Greater investment in what the progressive think tank Data for Progress calls the “public infrastructure for care” -- community health centers, publicly owned hospitals and so on -- makes sense even in nonpandemic times. Last year saw a record number of rural hospital closures, while low-income urban communities tend to be bypassed by the trend toward pharmacy-based retail health clinics or urgent-care centers.

In economic terms, both choices are sensible. Rural populations are dwindling, and profit-seeking companies naturally want to locate near customers with spending power. But poorer communities have health needs too, and there‘s a clear opportunity for the public sector to serve customers the private sector is not serving.

An even more basic funding opportunity is simply to train more doctors. Last year the US Congress increased the cap on medical residencies for the first time since 1997.

It‘s a good first step, but they should raise the cap even higher. The idea of capping residencies reflects a misguided desire to reduce aggregate health care spending. But what people actually care about is the price of services. More doctors mean cheaper access to care -- and if that makes total spending go up, then who cares?

Just as the aging of the US population is going to continue, so is its need for doctors. Not only is the cap on residencies too low, many of the slots are taken by foreign-born doctors because you’re not allowed to practice medicine in the US without first completing a residency in the US. Economist Dean Baker has long argued that the US should allow qualified foreign doctors to practice in the US if they complete an equivalent residency program in another country.

The US currently has the highest-earning physicians in the world but a relatively low number of doctors per capita. Residency reforms could flip that around.

In a more free-market vein, all 50 states should be encouraged to follow the lead of New England, the Great Plains and the Pacific Northwest and allow nurse practitioners the full scope of practice recommended by the Academy of Medicine. That means giving them the legal authority to evaluate patients and conduct diagnostic tests and basic treatments without the supervision of a medical doctor.

Granted, these are state issues. But given the federal government‘s huge role as a financier of health care services through Medicare and Medicaid, there’s considerable room for Congress or even the Department of Health and Human Services to play a constructive role.

Last but by no means least, the administration should consider making permanent the telehealth emergency waivers that were granted last year in response to the pandemic. One critical decision was to allow medical providers to use widely available consumer communication platforms (FaceTime, Zoom, Skype and so on) for consultations with patients. Another was to allow doctors to provide remote services to patients in other states.

Nothing terrible has happened in the last year as a result of either of these regulatory relaxations. Easily obtainable technology that allows doctors to consult with any patient, anywhere, is just as useful in noncrisis times as it was over the last year. With permanent rules in place, it could spur the creation of new business models for health care.

There is no doubt that health care is a treacherous issue for presidents, and Biden is right to shy away from the all-encompassing approaches of his predecessors. But the public really is interested in improving health care. Focusing on the supply side of the system is a way to avoid the pitfalls of past administrations while still addressing the primary issue where voters look to Democrats for leadership.


Matthew Yglesias
Matthew Yglesias writes the Slow Boring blog and newsletter. A co-founder of Vox and a former columnist for Slate, he is also host of “The Weeds” podcast. -- Ed.