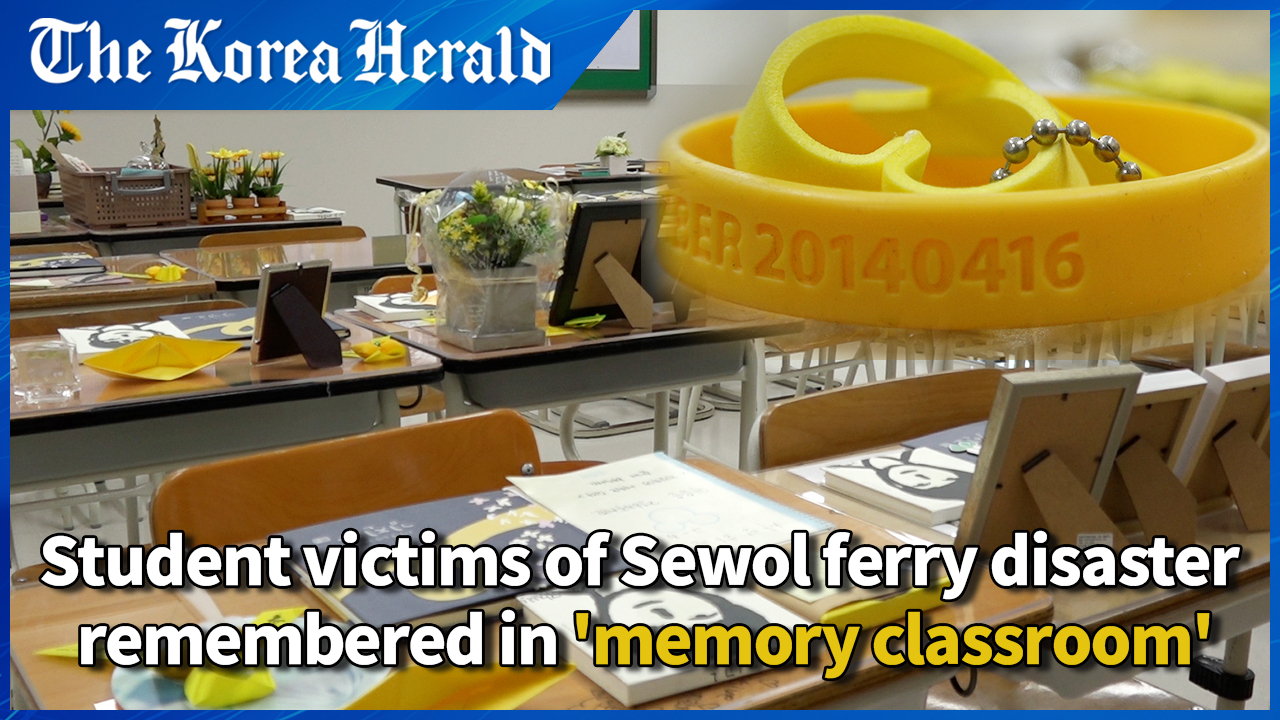 April 16, 2014, left an unforgettable scar in the hearts of many South Koreans. On that day the Sewol ferry sank off the country’s southwestern coast, taking the lives of more than 300 people.

Most were teenage students from Danwon High School on a field trip. It was one of the deadliest maritime disasters in the country’s history.

As the nation commemorates the seventh anniversary of the tragedy on Friday, the April 16 Institute of Democratic Citizenship Education has opened in Ansan, Gyeonggi Province, near Danwon High School.

“The most important factor about the April 16 Institute of Democratic Citizenship Education is that we have preserved the Sewol ferry sinking and kept the records of the tragedy here,” Jeong Myeong-sun, the institute’s director, told The Korea Herald.

“Another significant aspect of this place is that our ‘memory classrooms’ provide an opportunity for anyone to visit and experience the disaster. Combining all of them, we can educate,” he said.

The “memory classrooms” replicate the classrooms used by the students before the sinking. Everything -- including the blackboard, desks and lockers -- looks the same as it did seven years ago.

Along with the remnants, there are pictures, notes, letters and yellow ribbons that the students’ families and friends left to show how much they miss the gone-too-early teenagers.

“I think it is a really painful incident. I feel really sad and touched,” said Nancy Castro, a college student from Mexico. “These students used to have a lot of dreams, a lot of goals in their lives and I feel really sad that they could not achieve that because of this.

“There is something about history. They say if you forget, you will repeat it. So the important thing of this is that something like this never happens again. We have to be really careful. Especially because it is about the youth,” she said.

The four-story memorial building also has a teacher’s office to commemorate the teachers who lost their lives that day.

“I have two sons. Two sons. One is a senior in high school and the other is a freshman in college. When I look at the photos and letters of these young students, I see my sons’ faces in the pictures,” Jin Jeong-hee, a chemical business owner, told The Korea Herald.

“(The students) were invaluable sons and daughters in each family. I hope they know that many people regard them as their own sons, daughters and children,” he said.