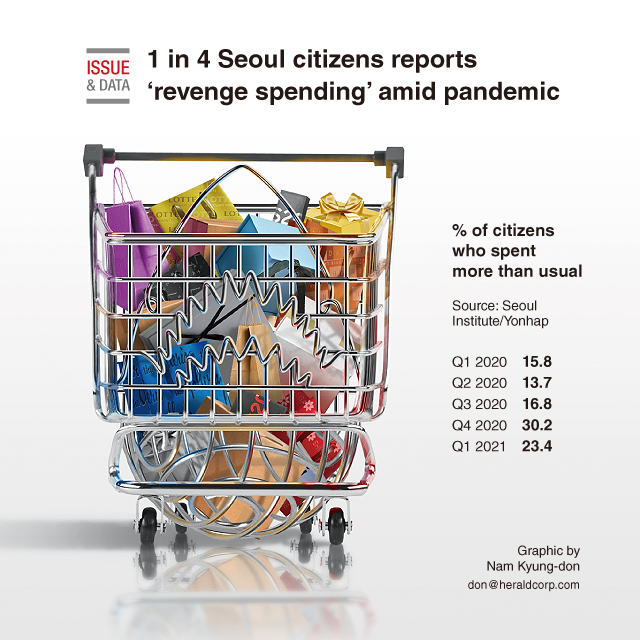 One in 4 Seoul citizens turned to “revenge spending” to make up for missed shopping during the coronavirus pandemic, a study has shown.

According to a report by the Seoul Institute, a think tank for the Seoul Metropolitan Government, 24.3 percent of those surveyed in the first quarter said they had spent more than usual on certain goods due to pent-up demand during COVID-19 isolation.