[Photo News] The morning after 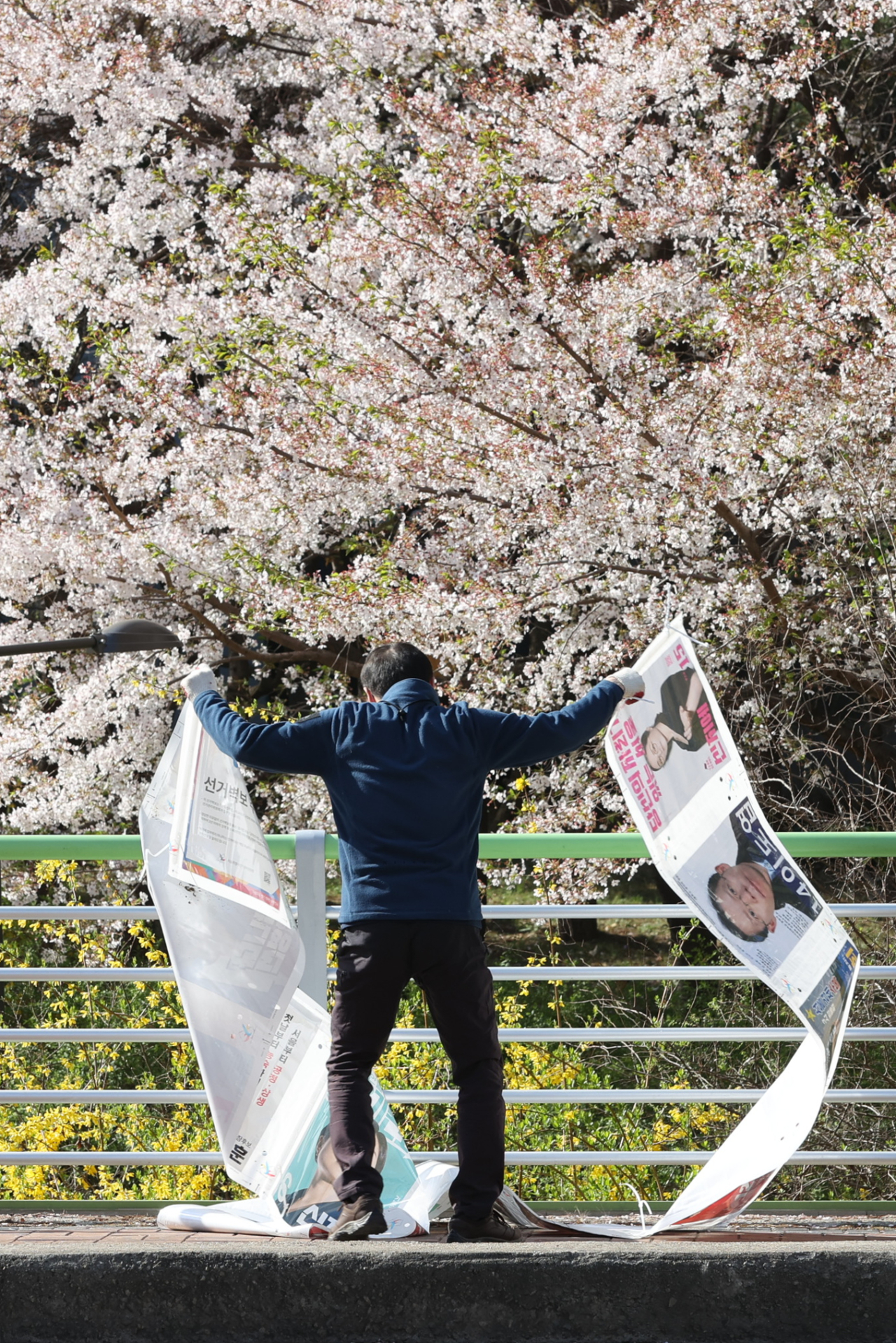 With the by-elections in Seoul and Busan over, workers get busy cleaning up the remains of the election campaigns. 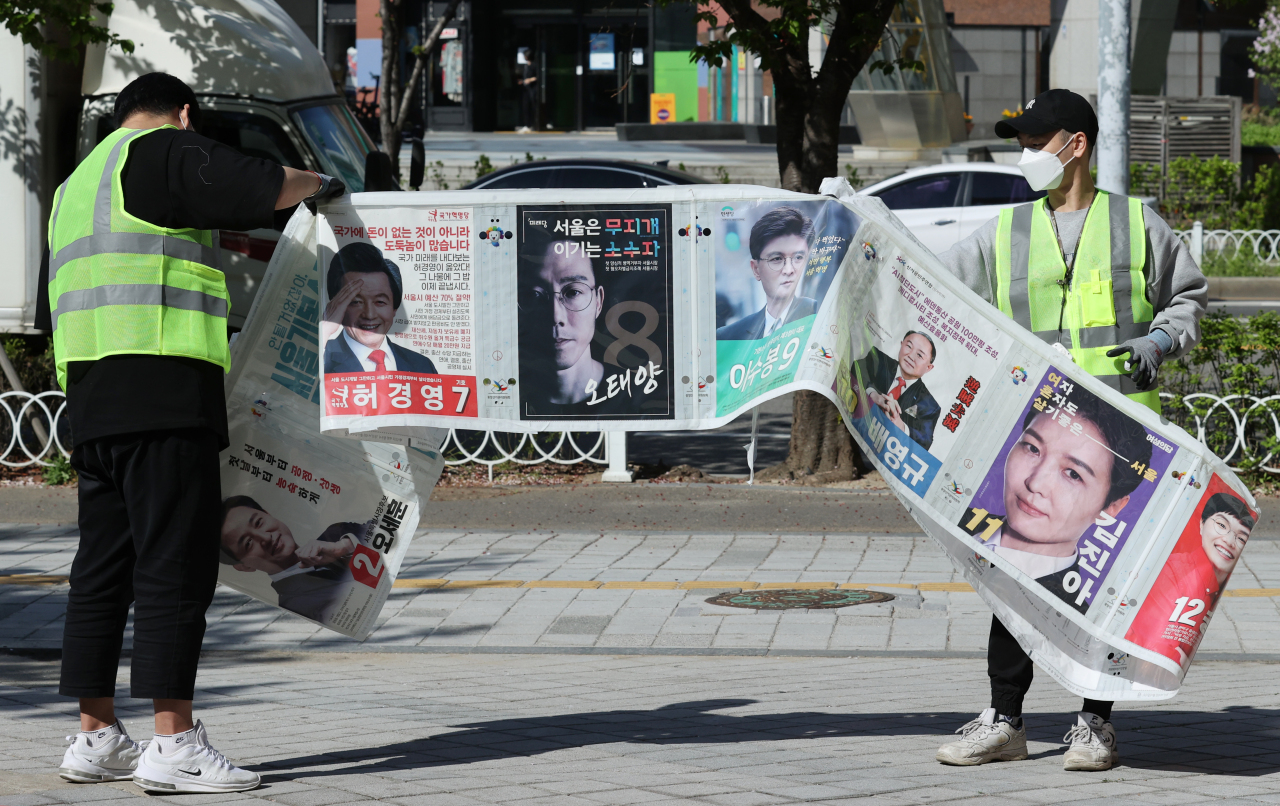 Thousands of campaign banners and posters were installed throughout both cities during the campaign. After the results are announced, public workers get ready to take them down, signaling an end to the by-elections. 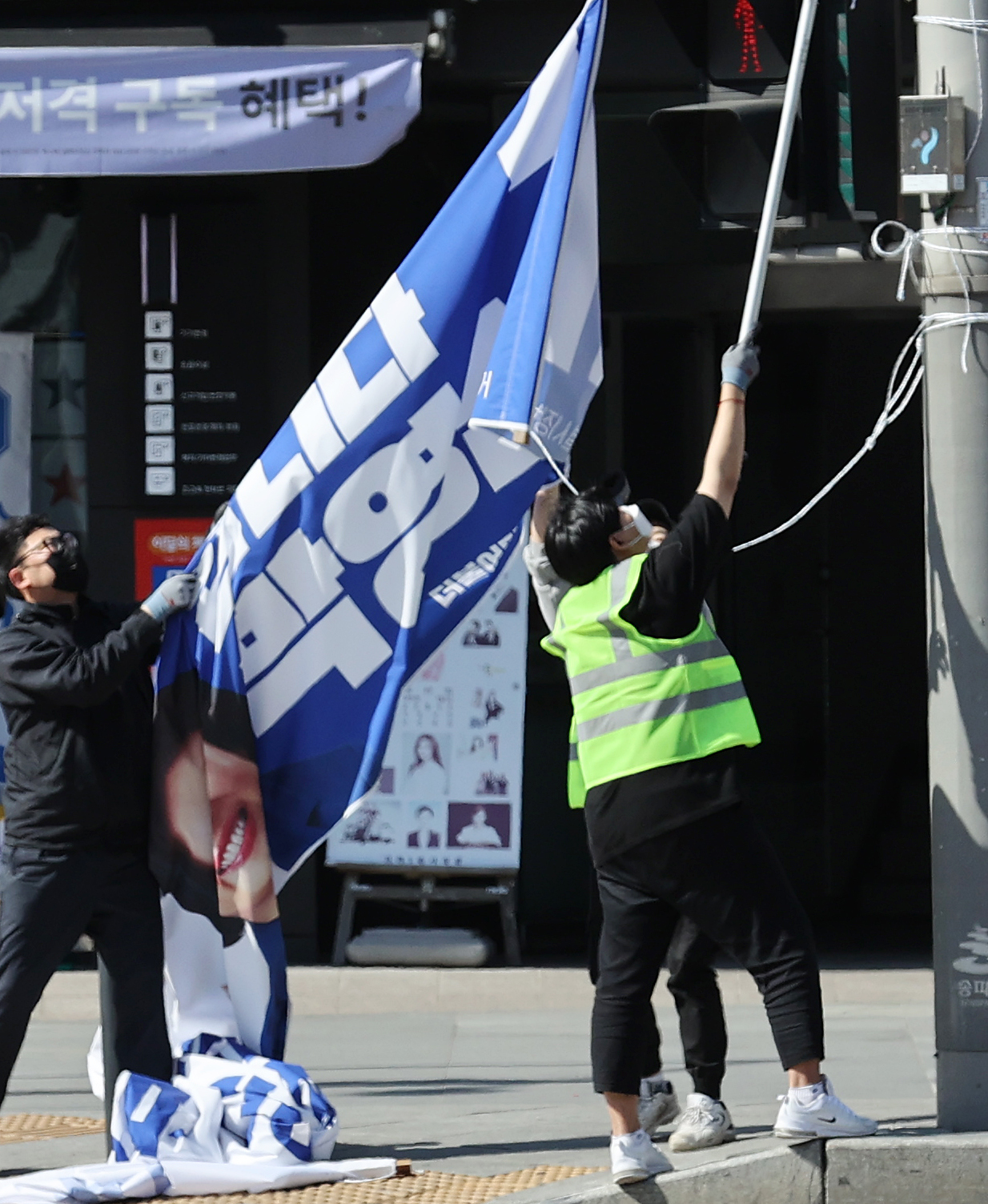 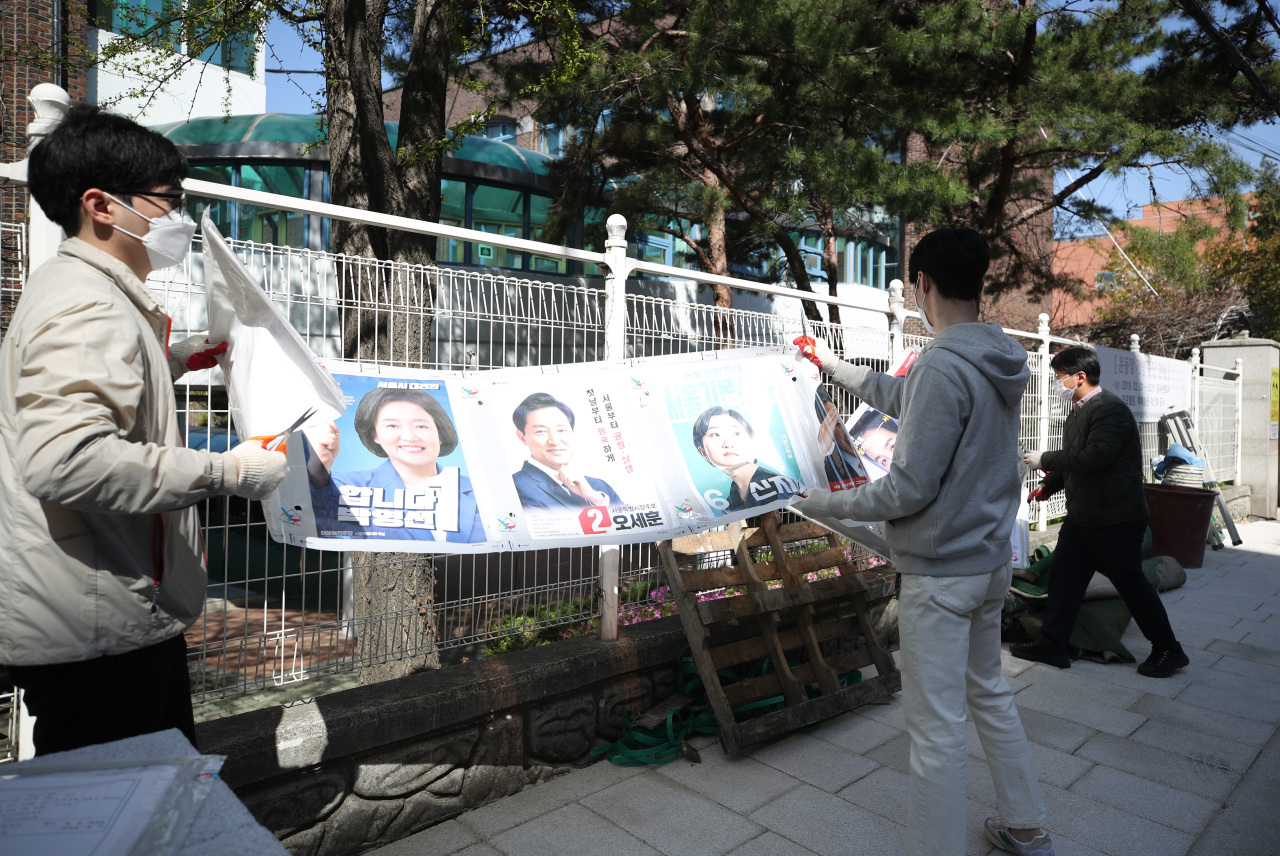 Two public servants are hard at work removing campaign banners on the streets near Jamsilsaenae Station and Ihwa-dong in Seoul for disposal.