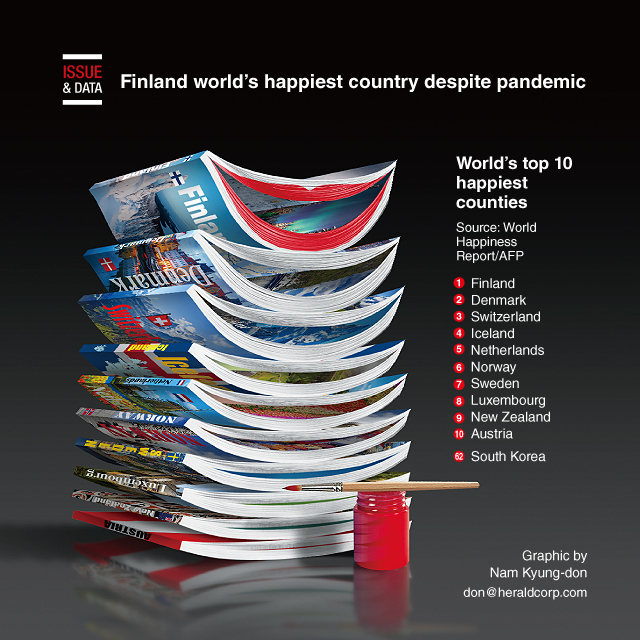 COVID-19 has done little to alter the ranking of the world’s happiest countries, with Finland at the top for a fourth year running, an annual UN-sponsored report said.

The researchers behind the World Happiness Report, now in its ninth year, used Gallup data asking people in 149 countries to rate their own happiness, also taking into account measures such as GDP, social support, personal freedom and levels of corruption to give each nation a happiness score, which is an average of the past three years.

Once again, the top spots were dominated by European countries - with Denmark coming second, followed by Switzerland, Iceland and the Netherlands.

South Korea moved to 62nd place from 50th, according to the report. (AFP)