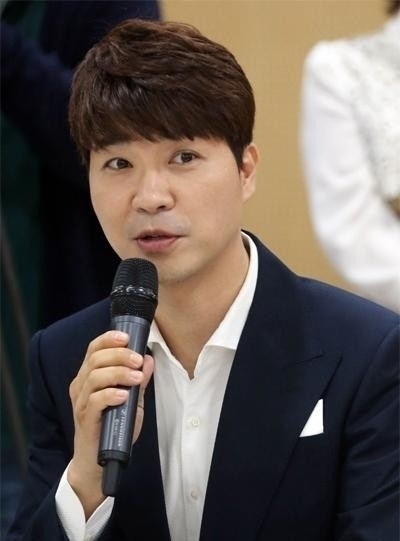 Comedian Park Soo-hong plans to take legal action against his brother and sister-in-law, following a financial dispute over his earnings.

Park will file suit against his brother and sister-in-law for alleged embezzlement on Monday, Park’s lawyer Noh Jong-eon said Saturday.

“Park and his brother established an entertainment company, agreeing to share the earnings 7 to 3. The agency’s earnings all came from Park,” the announcement read.

“Park’s brother and sister-in-law appear to have inappropriately used company money for personal use and have been involved in an embezzlement scheme,” Noh continued. “Though the company is a one-man agency that generates profit from Park’s TV appearances, Park does not own any shares of the agency. Park’s brother and his family hold all of the shares.”

In late March, rumors circulated online that Park was in dispute with his brother and sister-in-law over financial issues. On March 29, Park confirmed the rumor in a social media post.

“It is true that I suffered financial losses at my previous agency. It’s also true that that agency was run in my brother and my sister-in-law’s names. After 30 years, I realized much of what I have achieved isn’t mine,” he wrote.

Following the announcement that Park was planning to take legal action, Park’s brother said he would legally respond to the lawsuit.

“I was staying quiet because I did not want to fight with my family,” he said in an interview with a local media outlet. “If there is a problem with the accounting, we can resolve this according with the law as I have always said.”

Meanwhile, the veteran comedian has decided to leave the SBS show “My Little Old Boy,” on which he appears alongside his mother.

“Park and his mother wished to take some time off from the show,” a representative from the show’s production team said.